Clinton isn't the "perfect GOP nominee," but she is the conservative option for 2016 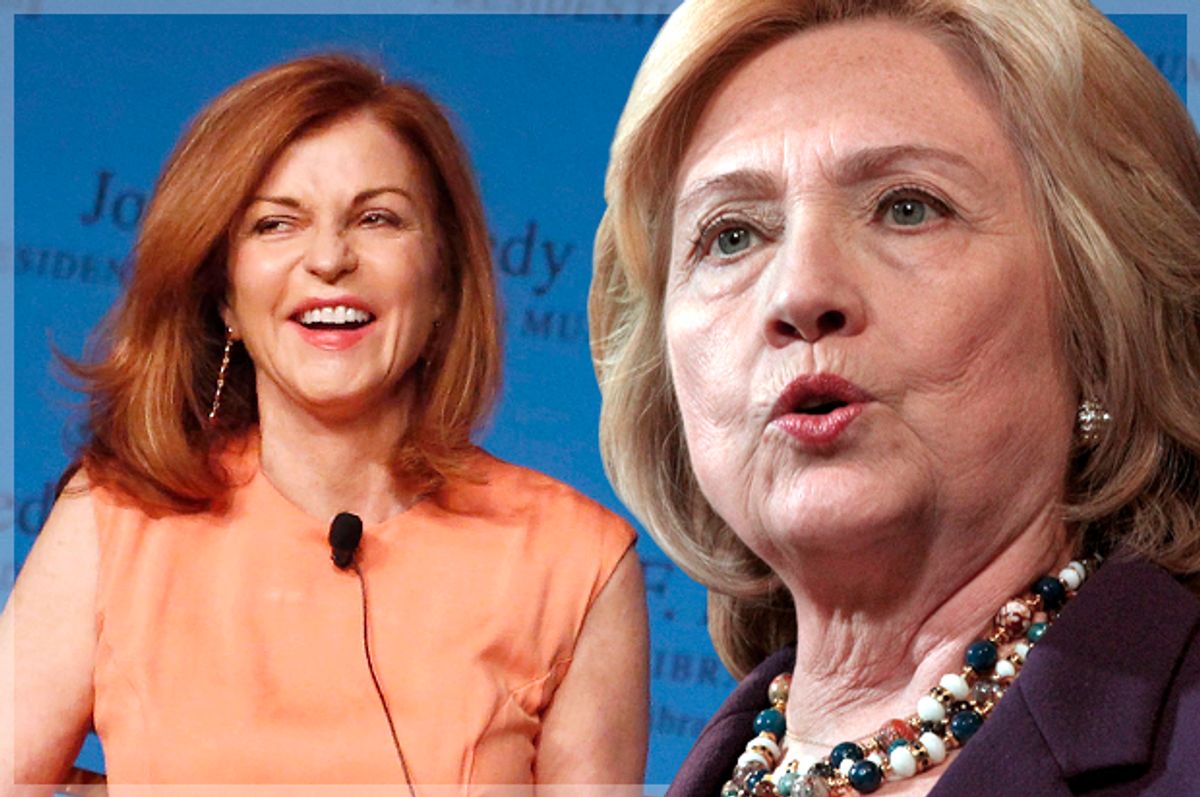 Republicans, wrote Dowd, “already have a 1-percenter who will be totally fine in the Oval Office, someone they can trust to help Wall Street, boost the U.S. Chamber of Commerce, cuddle with hedge funds, secure the trade deals beloved by corporate America, seek guidance from Henry Kissinger and hawk it up — unleashing hell on Syria and heaven knows where else. The Republicans have their candidate: It’s Hillary.”

Nothing that Dowd wrote was particularly dishonest or unreasonable. Clinton does indeed have many troubling ties to Wall Street and big business (from her $225,000 speeches for Goldman Sachs to her top career donors being various Wall Street banks), a history of supporting trade deals “beloved by corporate America” and a disturbing relationship with former Secretary of State Henry Kissinger, a man who perfectly embodies the Machiavellian approach to statecraft, with a history of supporting brutal third-world dictators and having a hand in crimes against humanity (“Kissinger is a friend, and I relied on his counsel when I served as secretary of state,” wrote Clinton in a Washington Post review of Kissinger’s book "World Order").

Thus, it was rather unsurprising when most of the infuriated Clintonites chose to attack the author with ad hominem insults — questioning her mental health and calling her names like “dudebro” — instead of trying to refute any of her points.

“Maureen Dowd uses her NY Times perch to do the GOP’s dirty work, spouting false and filthy anti-Hillary talking points in the futile hope of tearing down the woman she envies with all-consuming intensity,” wrote an apoplectic Peter Daou at Blue Nation Review — a website that was purchased by an investment vehicle formed by David Brock last November (for those who don’t recall, Brock is the leader of various Hillary Clinton Super PACs), and has since become a propaganda arm for the Clinton campaign.

Ironically, Dowd wasn’t using “filthy” GOP talking points against Clinton; she was making a very valid point that the Democratic presidential candidate is more of a “conservative” than the actual Republican candidate, Donald Trump — which is hardly something that Republicans would go around spouting. Of course, Dowd’s article would have been more aptly titled “The Perfect Conservative Nominee.” After all, the modern Republican Party is no longer conservative, but utterly reactionary.

Clinton, who is arguably more conservative than progressive on economic and foreign policy (disregarding her 2016 rhetoric), would have been much better suited as a Republican nominee in the 1970s, for example, when “Rockefeller Republicans” were still dominant players in the party (politically, Clinton is very much a Rockefeller Republican — i.e. fiscally conservative/center-right, socially liberal/center-left and rather hawkish on foreign policy).

The former Secretary of State has herself made the point before that her politics are grounded in conservatism; therefore it is hardly a controversial allegation to make. “I feel like my political beliefs are rooted in the conservatism that I was raised with,” said Clinton in a 1996 interview. “I don't recognize this new brand of Republicanism that's afoot now, which I consider to be very reactionary, not conservative in many respects. I'm very proud that I was a Goldwater Girl.”

As I have pointed out in past columns, the Republicans have become increasingly reactionary and extreme over the past four decades and are no longer conservative in the traditional sense. Clinton, meanwhile, is very much a centrist — leaning to the left on some issues and to the right on others, while frequently changing her positions once the campaign season comes to an end — which makes it difficult to say with certainty how she will govern (on foreign policy, however, it is safe to say that she will be to the right of President Obama, as she was one of the most hawkish members of his cabinet).

Of course, Clinton’s selection of Tim Kaine — a centrist Democrat who, as David Dayen writes in the New Republic, has shown a “troubling willingness to advocate for the interests of donors whenever asked—even if those interests clash with progressive priorities" — as her running mate does not bode well for progressives.

Nevertheless, the quasi-fascist Republican ticket of Donald Trump and Mike Pence is infinitely worse, and there should be no question about this in the minds of progressives. Unlike Trump, Clinton is sane and competent, and her reign will be similar to that of Obama’s — which another New York Times columnist, Paul Krugman (a fierce supporter of Clinton), has previously called moderately conservative. In many ways, the Democratic Party is America's modern conservative party, while the GOP is the 21st century’s Know Nothing party.

Progressive may reclaim the Democratic Party in the years ahead — and the Sanders campaign was a promising sign for this — but there can be no doubt that, come November, the conservative option for president will have a D by her name.