America's prison problem: The conversation we need to be having about our broken criminal justice system 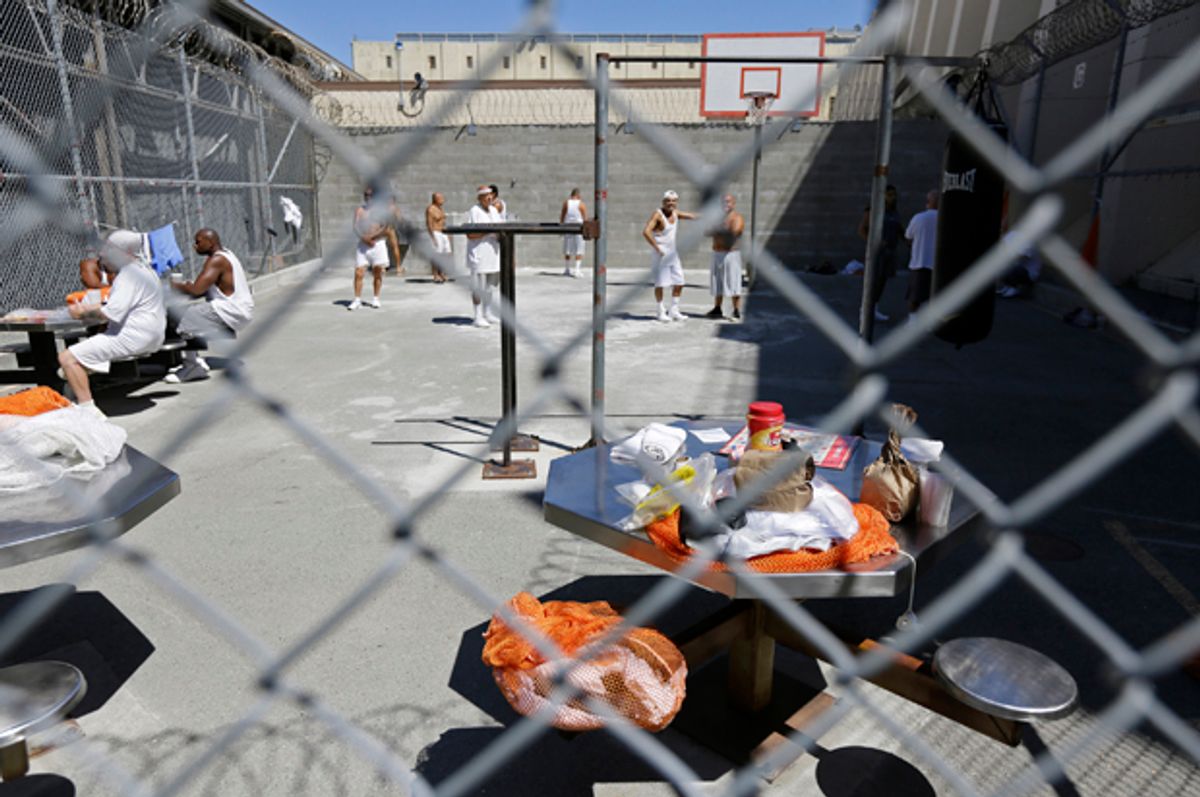 While the issues of criminal justice and prison reform garner bipartisan steam, the Obama administration’s decision last week to draw down federal use of private prisons amounts to little more than a fig leaf that further ensconces the power of corrections unions without alleviating the root causes of our hyper-incarcerated society. The episode illuminates many of the unintended consequences of progressive attempts to reduce incarceration, but these attempts ignore the strongest trigger of poverty and incarceration: the breakdown of the nuclear family.

By removing private involvement in the corrections system, the Department of Justice is yielding that much more power to public sector unions, which are inherently biased against accountability for prisoner abuse. Like the “rubber rooms” of teachers unions enabling incompetent — and sometimes abusive — teachers to retain their employment and paychecks, so to do corrections unions shield rotten officers from justice for their crimes against prisoners (the sort of horrors uncovered by The New York Times on Rikers Island).

Corruption among these unions abounds; just this summer, the Federal Bureau of investigations arrested Norman Seabrook, a power broker who headed the New York City correction officers’ union, on charges of fraud. The FBI caught Seabrook with a Ferragamo bag that matched the description of one stuffed with $60,000 in reported kickback cash, along with 10 pairs of luxury Ferragamo shoes. Seabrook had apparently funneled public money into his buddies’ investment funds and skimmed off the top.

As conservative activist Grover Norquist, has pointed out, corrections facilities managed by the private sector allow for rapid dismissal and punishment of corrections officers who mistreat prisoners or generally mishandle their duties, even while public sector unions strengthen their inherent conflict against the public interest. As Manhattan Institute Daniel DiSalvo outlines in his book, Government against Itself: Public Union Power and Its Consequences, old-school liberals backing private unions like Franklin Roosevelt, Fiorello LaGuardia and George Meany opposed public sector unions, “As a matter of duty, public services, they argued, must not be imperiled by strikes. It also seemed natural to maintain that the people (i.e., the government) cannot strike against the people.”

The DOJ’s move against private prisons is also narrow in scope; some 22,000 (or 11 percent) of 193,000 federal prisoners are held in private facilities, a mere drop in the bucket compared to the 2.2 million people incarcerated at federal and state facilities. Many Americans agree that the U.S. prison system is too expensive and that sentences for non-violent crimes are too long, but the DOJ’s decision on private prisons won’t have as much impact, as Juleyka Lantigua-Williams points out in The Atlantic, as “Consistent review of and changes to federal and state sentencing guidelines, more humane pre-trial bargaining by prosecutors of low-level offenders, increased used of probation instead of jail time, and a more judicious application of bail practices would do far more to reduce the incarcerated population.”

Some Black Lives Matter (BLM) activists protest disparities between crack-cocaine sentences, a gap also repeatedly denounced as racist by Obama and former Attorney General Eric Holder. Yet Wall Street Journal contributor Jason Riley points out in his recent book that the strict sentencing policies were actually proposed and supported by African-American leaders such as Rep. Charlie Rangel (D-N.Y.), then head of the House Select Committee on Narcotics Abuse and Control, and most of the Congressional Black Caucus (CBC). The strict rulings meant to protect the black community, though the CBC is later fighting to repeal the very measure that many black leaders previously supported without any mention of racist motives.

And while many BLM activists decry “Broken Windows” policing, it has saved many black and brown lives, per data analysis from Heather MacDonald and others, who show that if violence continued in the same trajectory prior to Mayor Rudy Giuliani, there would be 10,000 fewer African-American and Hispanic men alive today in New York City.

That is why Quinnipiac University (echoing similar polling elsewhere) found of Broken Windows policing that "African-Americans supported it by 56 to 37 percent, whites by 61 to 33 percent, and Hispanics by the largest margin of all—64 to 34 percent." Repealing a swift and potent response against violence and drugs doesn’t work.

As Don Winslow points out in Esquire, there have been deadly consequences to sentencing leniency against marijuana: “In a single year, the [Mexican drug] cartel suffered a 40 percent drop in marijuana sales, representing billions of dollars. Mexican marijuana became an almost worthless product. They've basically stopped growing the shit: Once-vast fields in Durango now lie fallow. More good news, right? Yeah, no. Guzmán and his boys are businessmen. They're not going to take a forty-point hit and not do something about it. They had to make up those profits somewhere,” and so, as Winslow reports, the dealers turned to heroin production, dropping prices and increasing quality of that drug.“As a result, overdose deaths have skyrocketed, more than doubling from 2000 to 2014. More people — 47,05 5— died from drug overdoses in 2014 than in any other year in American history. (Perhaps the most famous of these, Philip Seymour Hoffman, died on February 2, 2014, right at the height of the epidemic.) That's 125 people a day, more than five lives every hour, a fatality level that matched the AIDS epidemic's peak in 1995.”

By shuffling the deck of the Titanic through things like attacking private prisons and creating weaker marijuana sentences, President Obama is diverting resources from what Harvard economist Raj Chetty found as the most dominant factor preventing social mobility, more than other variables like education and race: single parenthood. Obama previously has worked on boosting character development among young men of color, and those efforts are commendable.

Yet WSJ’s Riley, who is black, points out in his book the the black family was much more stable and intact before the “War on Drugs” began to lock up thousands, then millions of people — he posits, along with other scholars, that the low-income family destabilized because of LBJ’s “War on Poverty” initiatives. They were a key variable in the breakdown of the family that precipitated the spike in drug use and the subsequent War on Drugs and War on Crime. Riley writes this zinger: “one lesson of the Obama presidency – maybe the most important one for blacks – is that having a black man in the Oval Office is less important than having one in the home.”

Brookings scholar Isabelle Sawhill offers an intriguing solution to this cradle-to-prison pipeline: widespread adoption of the IUD, which would prevent the single parenthood driving much of the poverty, low educational attainment, gang activity and incarceration. This would get at the root cause of poverty rather than the cosmetic, anti-private prison action taken last week.