He might have won his last Olympic gold, but he might just be destined for something far greater 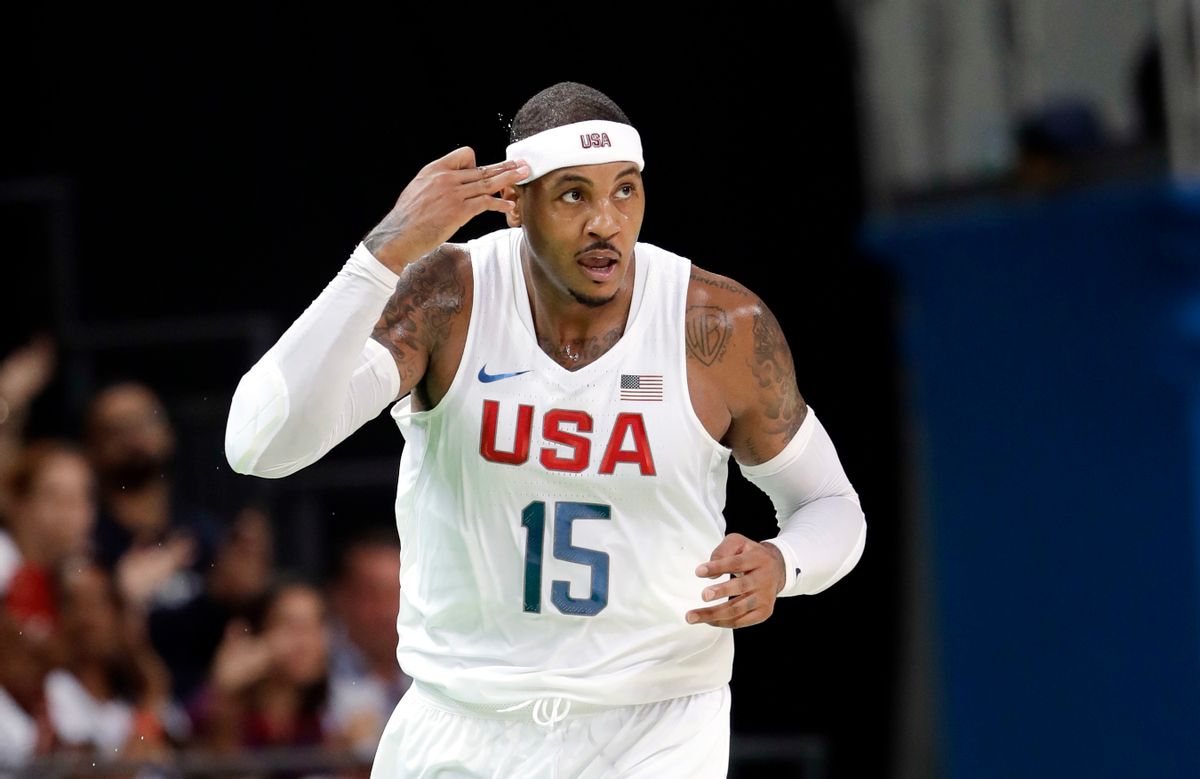 As the controversial Rio Olympics draw to a close, one thing is certain -- the Carmelo Anthony whose social activism once consisted of appearing in a "Stop Snitching" video has undergone an astonishing transformation.

After the United States defeated Serbia 96-66 on Sunday, Anthony acknowledged with difficulty that he knows "this is the end -- this is it for me," but emphasized how much he was able to accomplish since he first won a gold medal in the 2004 games.

"I've seen the worst and I've seen the best," he said. "I stuck with it, we stuck with it. I'm here today, three gold medals later. I'm excited for me, but also for the other guys who have never experienced anything like this."

But for Anthony, even this victory has become about more than basketball. Though he will likely never win an NBA championship so long as he remains in New York, he seemed satisfied with his Olympic accomplishments and what they have allowed him to achieve off the court.

"I just want to say thank you for allowing me to be one of the leaders, not just of our team but of the country," he said. "Despite everything that's going on right now in our country, we got to be united. I'm glad I did what I did, I stepped up the challenge but this is what it's about. Representing our country on the biggest stage you can be on. America will be great again, I believe that. We got a lot of work to do but one step at a time."

Anthony added that "I'm glad we represented it in the fashion that we did," and the team did represent the country quite well -- especially Anthony, who beginning in July decided to use the platform provided him as the elder statesman of Team USA to draw global attention to issues of social justice.

On July 8th, he posted a photograph of Lew Alcindor and Jim Brown, among others, supporting Muhammad Ali's opposition to the Vietnam War. He called on current athletes to be equally socially active, "to step up and take charge. Go to your local officials, leaders, congressman, assemblymen/assemblywoman and demand change." He reiterated that message later in the week at the ESPYs, saying that "the system is broken," but "the problem is not new, the violence is not new, the racial divide definitely is not new. But the urgency to create change is at an all-time high."

When he was accused of politicizing police shootings, Anthony responded with an editorial in The Guardian in which he argued "[t]here’s nothing political about taking a stand and speaking on what you believe in. The teams and the support systems around athletes urge them to stay away from politics, stay away from religion, stay away from this, stay away from that. But at certain times you’ve just got to put all of that aside and be a human being. That time is now."

But that place isn't limited to the United States. Since he's been in Rio, Anthony has made a point to visit areas impacted by the very games that have given him this voice. After visiting the favelas and meeting with people displaced by Olympic construction, Anthony acknowledged that there's "a different way of living [in Rio]."

"I say that because I’ve experienced living in the ghetto in the United States in Baltimore and in New York," he continued. "The ghettos that are out here in Rio -- it’s totally two different ways of living. The survival tactics, the mindset you got to have, there’s some similarities but it’s a big difference in how they’re living in a third-world country and how we’re living back in the States in our own ghettos. Global poverty is something that’s sad. It’s something that I wish everybody could see."

"I wish everybody could go there and see what it’s really like," said Anthony, once the most unlikely ambassador to such a place, but increasingly the very man most likely to share that perspective with the American sports-watching audience.