"Now I feel pretty certain about my cure and the cancer being in remission," Carter said 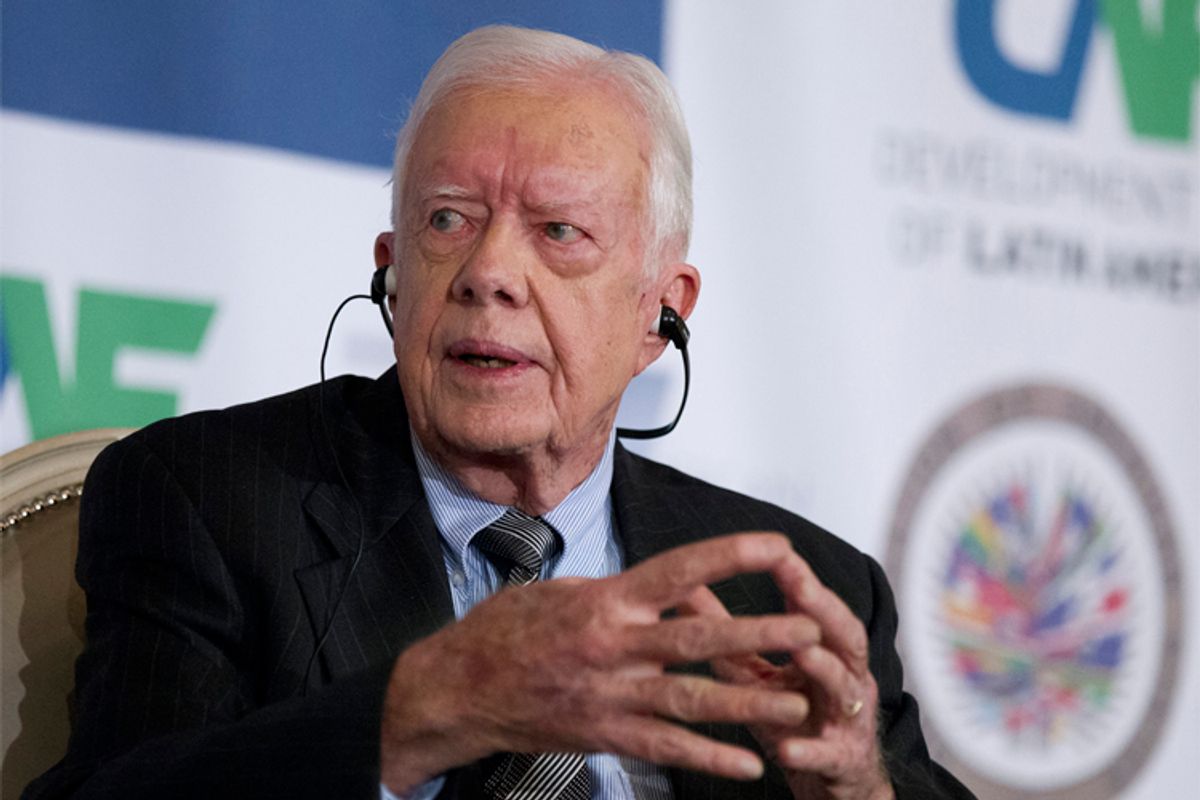 MEMPHIS, Tenn. (AP) -- Former President Jimmy Carter said Monday that he thought he had just a few weeks to live during his battle with cancer a year ago.

Carter and his wife Rosalynn spoke at a news conference at a Habitat for Humanity construction project in Memphis. The 91-year-old Carter, a worldwide ambassador for the charity, is being joined by about 1,500 volunteers during a weeklong effort to build 19 homes in a low-income neighborhood near the city's downtown.

Carter revealed in August 2015 that he had been diagnosed with melanoma that spread to his brain. He said in March that he no longer needs cancer treatment.

"Now I feel pretty certain about my cure and the cancer being in remission, but the doctors are still keeping an eye on me," he said.

But during the peak of his fight with the illness, he had his doubts.

"A year ago, I didn't think I was going to live but two or three weeks because they had already removed part of my liver because I had cancer there," Carter said. "After that, when they did an MRI, they found four cancer places in my brain so I thought I just had a few weeks to live."

By last November, Carter was responding to treatment and was able to travel to Memphis for another Habitat for Humanity project.

"By the time I got to here, I was putting on a kind of a false optimistic face," Carter said.

The former president wore blue jeans, a hard hat, a tool belt and a red bandanna around his neck as he hammered nails into the wooden frame of a house he was helping build. The project involves constructing one- and two-story houses.

Moving amid the skeleton framing of the house, Carter appeared energetic and sure-footed as he talked with workers and used a level to make sure wooden beams were properly installed.

Jonathan Reckford, CEO of the Atlanta-based charity, said Carter and his wife have donated their time to help build and improve 3,944 homes in 14 countries.

Carter said he plans to go to Canada to build homes with the charity next year. He still teaches Sunday school classes in his hometown of Plains, Georgia.