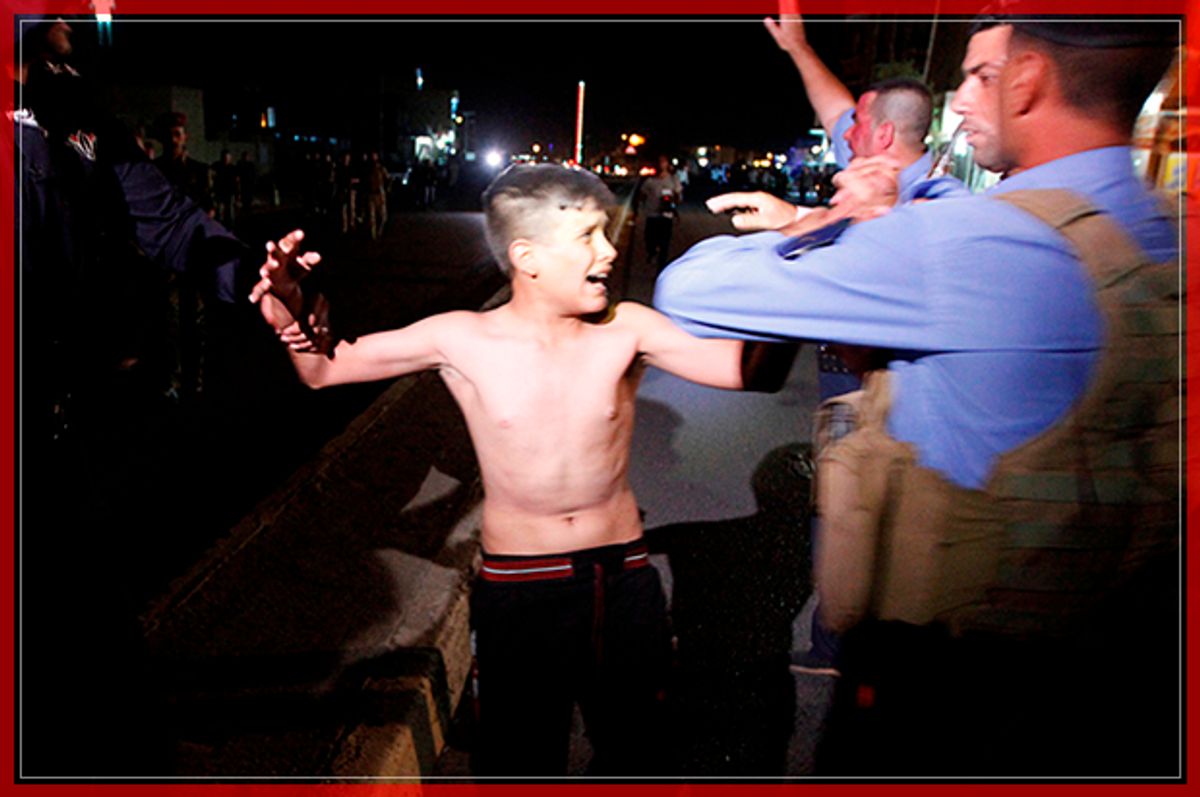 In her book, "Syrian Dust," Francesca Borri — a freelance journalist embedded in Aleppo, Syria — said of wartime photojournalism, "The real photos never end up in the newspapers ... so as not to offend people's sensibilities, and you don't even submit them, you keep them for yourself ... along with your ghosts, along with the words you say only at night." For each photo of a foiled suicide bomber, how many exist — shielded from our sensibilities — of successful ones? Just last week the devastating image of the dazed, bloodied face Omran Daqneesh, the child who was rescued after an Aleppo airstrike, became an immediate symbol of the devastation of the violence and destruction in Syria. This refugee girl is reminder of another side of the story — the resilience of childhood and the power of play. We are compelled to care about all our children, not just because of their suffering, but precisely because of their joy. Ivanna flaunts her post-baby body after giving birth to quintuplets — that's five white tiger babies, yes — earlier this summer. She's already returned to work as a popular personality at a private zoo outside of Kiev to capitalize on her status as mom of 5 social media-savvy cubs, prompting backlash from critics who say she's a failure to both feminism and traditional mothering. Meanwhile, lion instincts are difficult to subdue, even in captivity, so father Ludvig has been acting like it's a huge deal that he didn't accidentally eat his own offspring while Ivanna does all the work. I do hope Mr. Haseo won the Handsomest Monk award, as he is indeed quite handsome: well-trimmed brows, just the right amount of head sheen, glasses -- the complete package. The fact that a funeral industry trade show enlivens its sepulchral proceedings with a world's sexiest Buddhist contest is immensely satisfying and a testament to the universal allure of the hot monk. This photo is personal to me, as I narrowly lost this competition in 2013.