“Why are you laughing,” the "Fox & Friends" host demanded of Trump's running mate 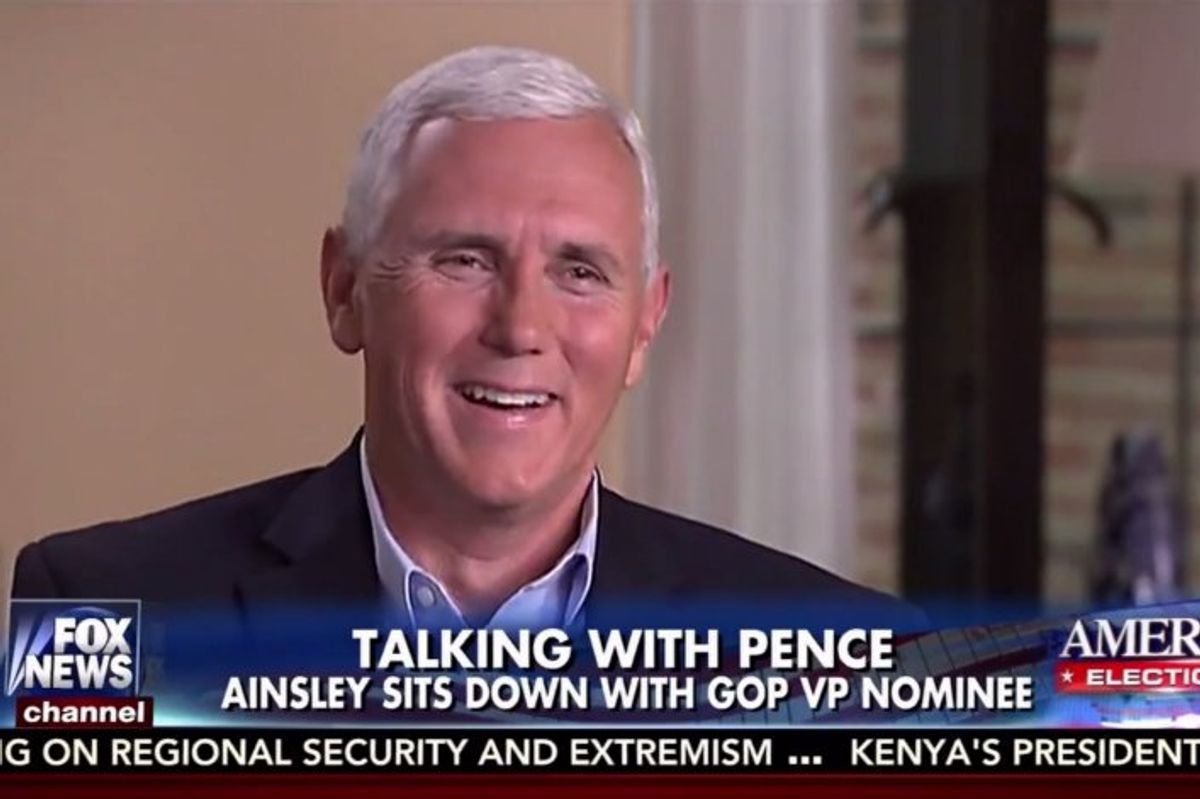 Indiana Governor Mike Pence is spending his remaining days in office cleaning up after his reality TV star turned presidential nominee and running mate, Donald Trump, even defending the political neophyte's antics during a weekend away from the campaign trail at his Indianapolis home.

Days after Trump made his pitch to African-American voters in front of an all-white Michigan audience, asking "What do you have to lose," Pence did his best to follow the top of the ticket's lead.

Fox News' Ainsley Earhardt interviewed the Republican vice presidential candidate for a segment on Monday's "Fox & Friends," and appeared a bit surprised by the conservative's reaction to Trump's latest outrageous claim -- winning back African-American voters for "the party of Abraham Lincoln."

“Why are you laughing?” she asked Pence with her own smile.

“Why are you laughing?” My god, this video of Pence on Fox News is incredible. https://t.co/iYGF8VUKkV pic.twitter.com/B1q6LxaiVf

"Look, he has a heart for every American. And also he’s a truth teller. He speaks the truth. It’s been the failed policies of Democratic politicians that have harmed people living in the cities in this country now for generations... [A]nd his optimistic view about the 2020 when he’s running for re-election, that’s pure Donald Trump.”

Pence then went on to compare Trump to former President John F. Kennedy,noting that Trump has vowed, like Kennedy before him, "to advance policies that cause all ships to rise, to create opportunities for every American."

"And his optimistic view about 2020 when he's running for re-election, that's pure Donald Trump," Pence remarked. "It's, look, we're going to deliver for every American and when the American people including, African-Americans in this country see the new jobs, new opportunities, the new educational choices that they will have under a Trump administration I have no doubt in my mind that that support is gonna grow."