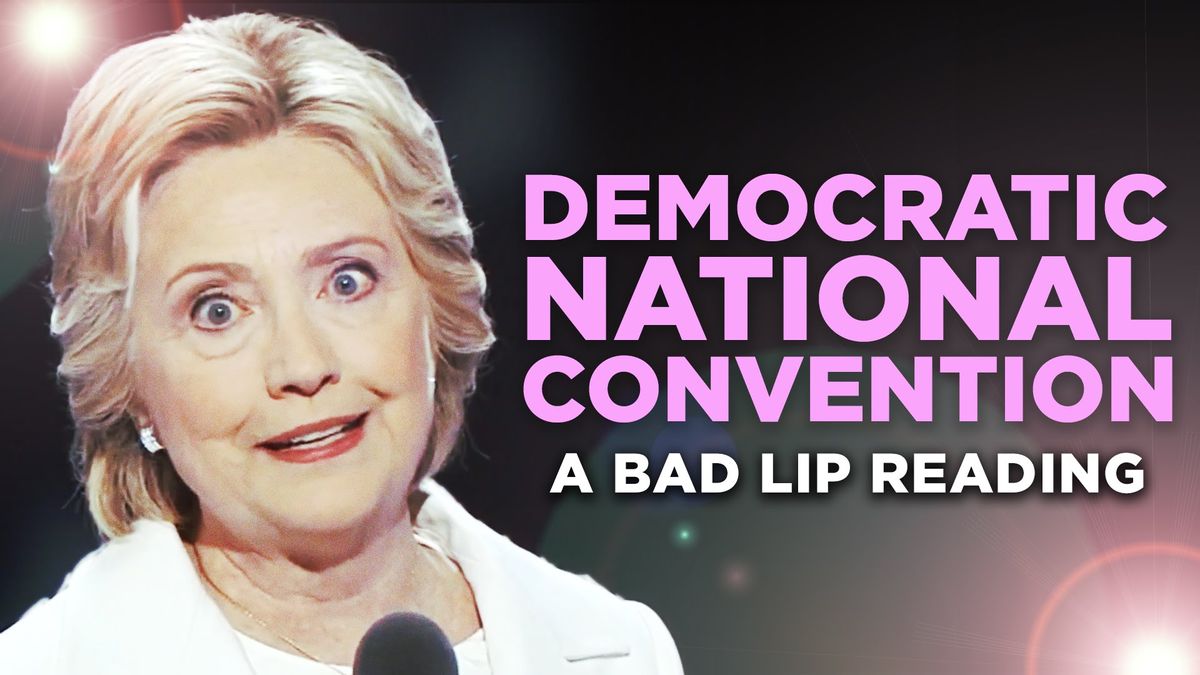 The popular YouTube channel "Bad Lip Reading" is at their brand of political parody and making us crack up in laughter, once again.

In the five-minute video, published Friday, Chelsea Clinton kicks off the fun, giving a “shoutout to my crew!” from last month's Democratic National Convention in Philadelphia.

In the hilarious video Bernie Sanders talks about Batman, the Joker, and “gluten face and nature danger.”

Hillary Clinton mentions her man servants who are “property” of hers: "Two cheers for all the tears of my man servants."

This’ll all make sense when you watch the video for yourself. Enjoy.