Confused conservatives: How can they back a guy who cares so little about their philosophy? 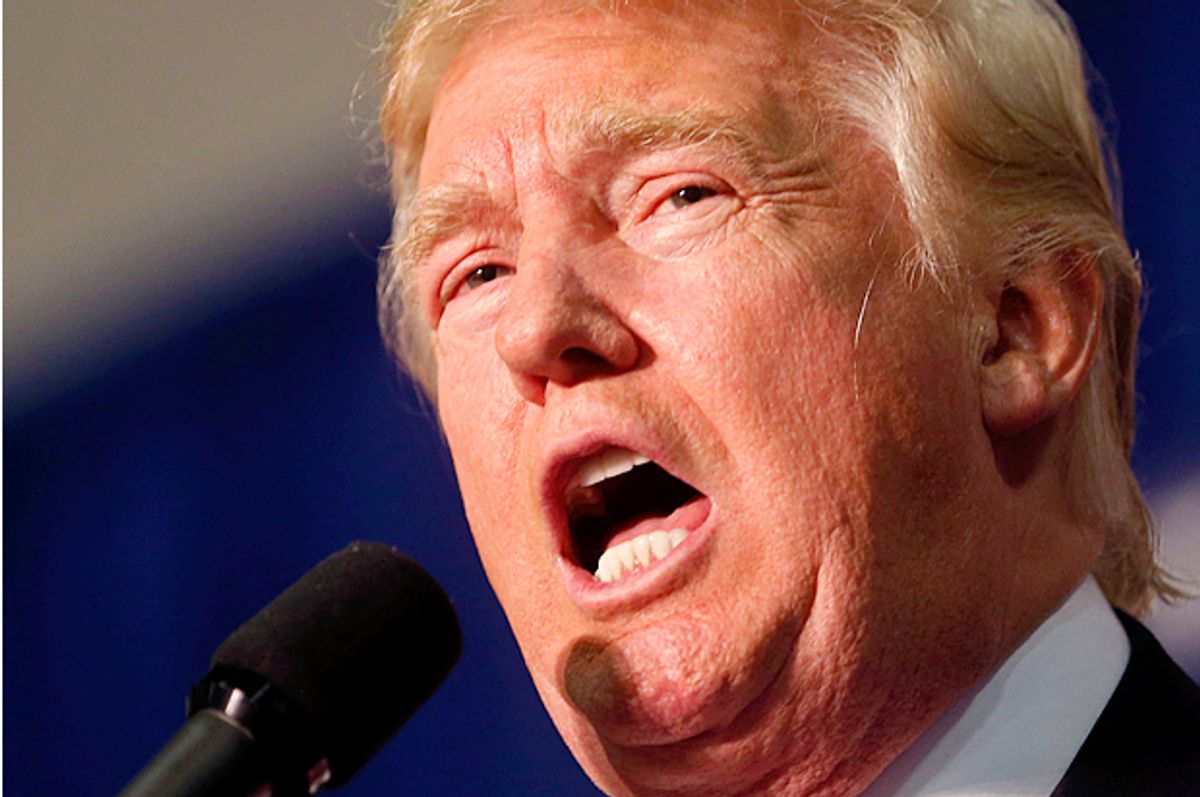 Facebook
Twitter
Reddit
Email
view in app
One of the more interesting story lines of this election season has been watching the conservative movement we've known for more than 50 years try to figure out what to do about Trump voters who seems to be coming from a very different direction. Through the primaries, we anticipated that we'd see traditional battle lines forming as the establishment types like Jeb Bush and Marco Rubio faced off against the movement doctrinaire right-winger Ted Cruz who was the perfect avatar of movement conservatism. Trump completely shuffled the deck, drawing his support from a large subset of Republicans who had formed themselves into a new faction.

The establishment and the movement engaged in an elaborate kabuki dance for many years which had them working together to elect Republicans while allowing the movement leaders to maintain plausible deniability when someone such as George W. Bush runs into trouble when conservative governance failed (as it usually does.) Conservatism can never fail, it can only be failed.  And they don't mind losing as much as you might think. It can be very good for business. This quote from movement leader Richard Viguerie says it all:

Sometimes a loss for the Republican Party is a gain for conservatives. Often, a little taste of liberal Democrats in power is enough to remind the voters what they don’t like about liberal Democrats and to focus the minds of Republicans on the principles that really matter. That’s why the conservative movement has grown fastest during those periods when things seemed darkest, such as during the Carter administration and the first two years of the Clinton White House.

Conservatives are, by nature, insurgents, and it’s hard to maintain an insurgency when your friends, or people you thought were your friends, are in power.

Modern conservative movement philosophy was laid out back in the '50s and '60s with books and articles by the original generation of intellectuals and activists such as Phyllis Schlafly whose book "A Choice Not an Echo" was a seminal volume that informed the right for decades. It spelled out the ideology of small government, martial patriotism, "freedom" and traditional values and sold Goldwater as the brave cowboy who would make it happen.  Since Ronald Reagan, those ideas have been sold as the "Republican brand" as well.

And frankly, the notion that disagreements over strategy and purity ("people you thought were your friends") which have fueled the conservative movement for decades, is overblown as well.  For instance, both movement and establishment leaders had no problem with the dogwhistle strategy of mining the racist white id for votes. Neither did they disagree about the ridiculous low tax and trickle down economic policies that only benefit the wealthy. They had no problem with the hypocrisy of their own leadership when it came to personal morals even as they excoriated their enemies for their moral lapses.  These were all strategic decisions the coalition tolerated quite easily.  What fueled the movement was betrayal and failure.

Recently some of those Tea Party insurgents actually believed the Republican leadership should be willing to bring down the state in order to bring on the conservative Rapture and leaders like Eric Cantor and Paul Ryan, who had up until then been the poster boys of movement conservatism were deemed sell-outs to The Man. Ted Cruz had planned to lead that insurgency to victory or martyrdom. The stage was set for another round of recriminations and fundraising for the movement.

Then along came Donald Trump, a man so completely outside this cozy little system that he isn't even a member of the party. He's a militant, authoritarian, white nationalist who demands that our foreign allies pay protection or prepare to watch the world burn. He rarely even mentions the words "freedom" or "liberty" even when he's extolling the Second Amendment, which he tends to do in moments like the one where he leads the crowd in chanting "Death Wish! Death Wish!" after a vigilante movie of the 1970s.

Although the right-wing antecedents to Trump are not hard to find, nobody like him has ever come this far. The establishment is treading lightly, trying to keep a distance without angering his followers. And the movement that spent so many years creating and nurturing their ideology is very off balance. This is an insurgency they don't control and it's very difficult to see how they can reclaim their place in this carefully nurtured ecosystem when the man who leads it doesn't know or care about their philosophy. And neither, it turns out, do his voters, most of whom have been voting Republican for years.

Phyllis Schlafly, now 92 years old,  is gamely trying to fit Trump into the old mold with her new book called "The Conservative Case for Trump" in which she apparently compares him to, you guessed it, Barry Goldwater  the man for whom she made the case in "A Choice Not an Echo." The book isn't out yet so it's hard to say how she makes that leap but it can't be on a philosophical basis.

Schlafly's fellow traveler Richard Viguerie's associate George Rasley is digging deeply for a rationale to support Trump by claiming that he represents the anti-establishment ethos that first animated the movement back in the 60s, which isn't entirely absurd. Trump is certainly anti-establishment.  And he says that Trump is a leader in opposition to what he calls the "New Puritanism" as represented by the #NeverTrump faction who refuse to vote for someone they believe so badly fails the test of decency, competence and conservatism. This is perversely considered a betrayal of the movement because of its lack of ideological pragmatism. (One assumes Paul Ryan would have a good laugh over that one.)

The bottom line is that the conservative movement as we've known it is empty and confused and it may not be able to recover.  Indeed, they should start looking over their shoulders because there are some new kids in town and they are speaking the language the right wing evidently wants to hear these days. It's the openly authoritarian white nationalist Alt-Right and when Donald Trump said "I am your voice" at the Republican Convention that's who he was talking to.