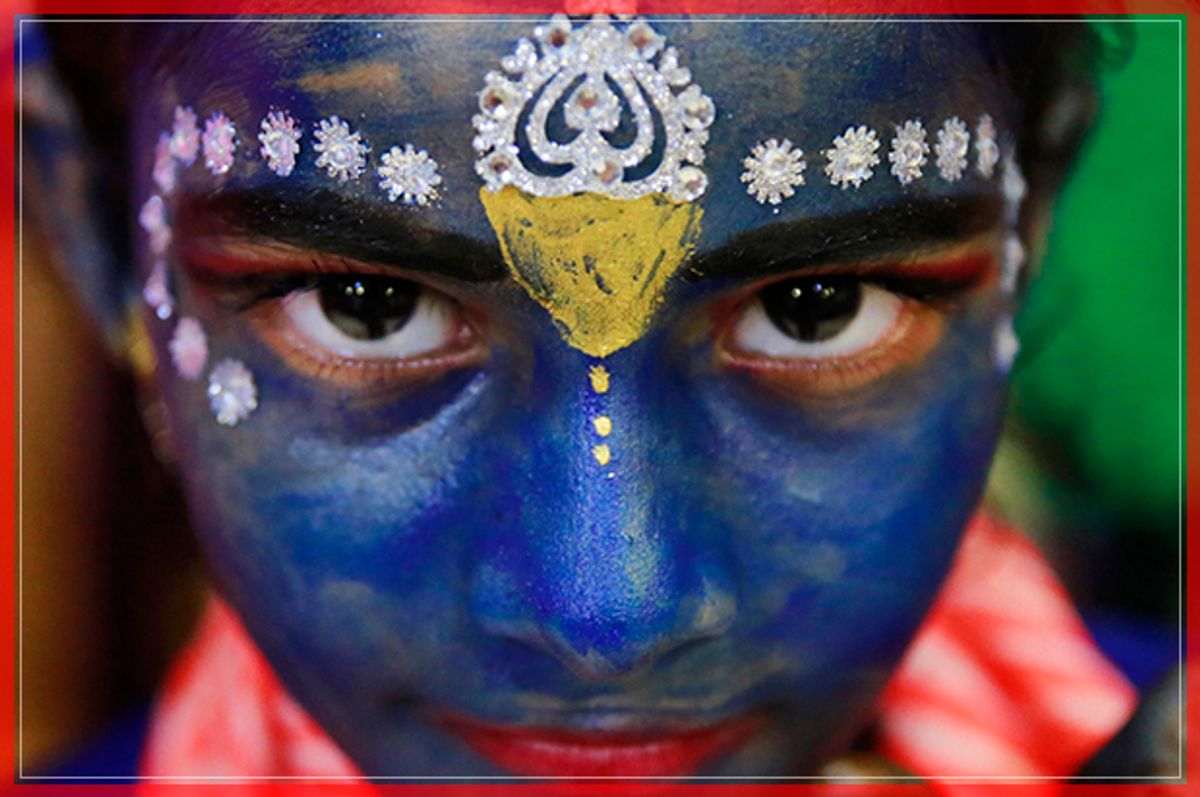 Lest you think that America is the only country to have lapsed into bad science-fiction self-parody in 2016, you can now buy replica AK-47 assault rifles in the Kalashnikov souvenir store at Sheremetyevo Airport in Moscow. I can’t think of anything that could possibly go wrong with that idea, can you? I have two thoughts about this, beyond OMFG. 1) Edward Snowden could have had some fun there, during the months he spent living in the mini-hotel inside Sheremetyevo’s transit zone. 2) Politics and ideology and sanity aside, that Cyrillic logo on the wall is bitchin’. Send me the hoodie in a couple of colors, please. You would think the Arizona Diamondbacks just clinched a playoff spot by the celebration we see here. But actually, it's "Yay! We're only 19 games under .500 now!" My sister always jokes that I cry at butterflies. What she means is I have a low emotional threshold, so it's shocking to everyone close to me that I work in media. From the horrors in Syria to the floods in Louisiana to the unlawful killing of black Americans — the world seems to constantly be in peril. On days when I just can't take it anymore, I follow this baby panda's example and curl up in my mama's arms. Liang Liang and her one-year-old daughter Nuan Nuan remind me that while hugs can't solve everything, they can bring a smile to my face, however temporary.

Mumbai, India Rafiq Maqbool/AP
Janmashtami, an annual celebration of the birth of the Hindu deity Krishna. For one student in Mumbai, Tuesday’s birthday of the Hindu spiritual figure Krishna is providing the perfect excuse to rock a blue look on a college campus. Often portrayed with bluish skin, Krishna is considered an avatar or aspect of the god Vishnu, according to Britannica.com. “Lord Krishna was born inside Mathura jail on a dark, windy and rainy night,” India TV reports. “The doors of the jail opened on their own, and his father Vasudev, who was imprisoned by Krishna's uncle . . . was released.” A somewhat perilous way to mark the holiday of Krishna’s birth, called Janmashtami, per the Hindustan Times: building a human pyramid to aim ever higher to act out the drama of young Krishna reaching — and breaking — a bowl with butter. Happy Janmashtami!