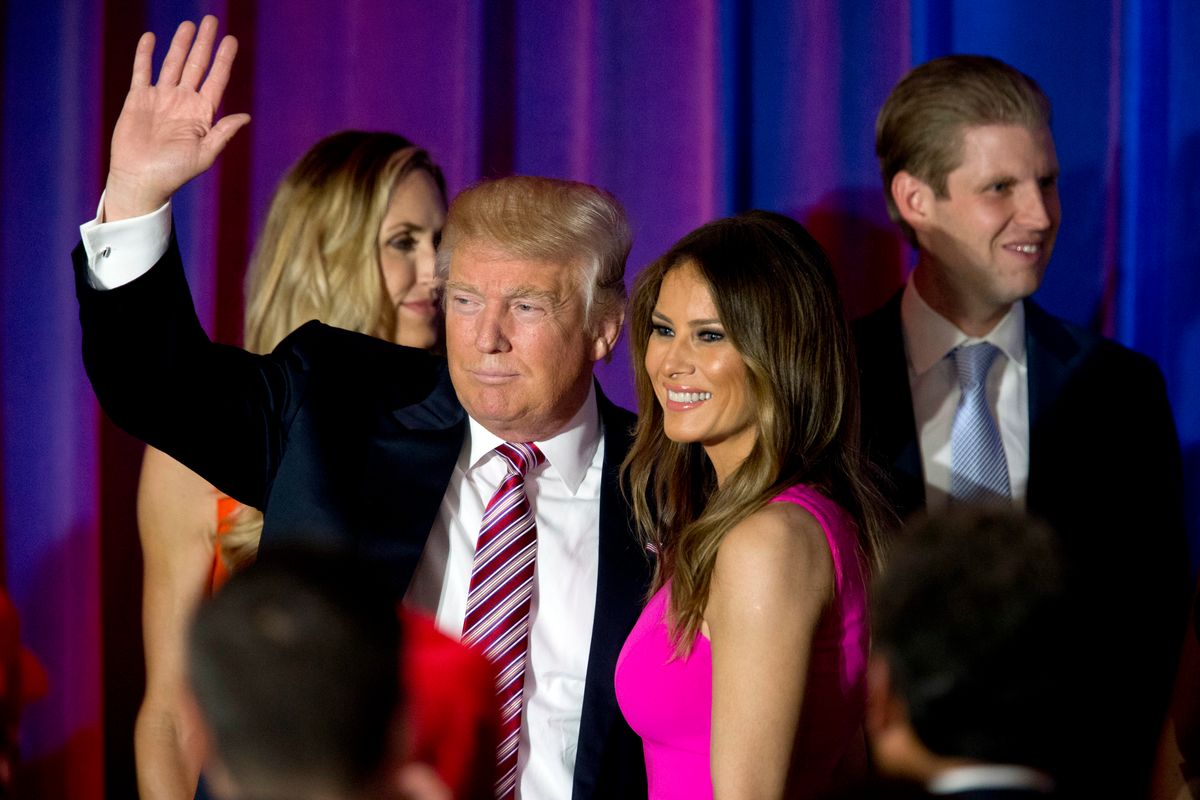 FILE - In this June 7, 2016 file photo, Republican presidential candidate Donald Trump waves at supporters as he leaves the stage with his wife Melania after a news conference at the Trump National Golf Club Westchester in Briarcliff Manor, N.Y. Melania Trump's former modeling agent says the wife of the GOP presidential nominee obtained a work visa before she modelled professionally in the U.S. in the mid-1990s. ( Photo/Mary Altaffer, File) (AP Photo/Mary Altaffer, File)
--

Melania Trump, the third wife of GOP presidential nominee Donald, over the weekend threatened British tabloid The Daily Mail with a libel suit after it suggested the Slovenian modeling agency she worked for in the '90s also operated as a pricey escort service.

The Week, Politico, Inquisitr, Tarpley, Before It's News, Liberal America, LawNewz, Winning Democrats and Bipartisan Report were also "put on notice," according to CNN Money.

In an email to Politico, Harder called the claims "100% false, highly damaging to her reputation, and personally hurtful."

"She understands that news media have certain leeway in a presidential campaign," he continued, "but outright lying about her in this way exceeds all bounds of appropriate news reporting and human decency."