The Clintons moved to prevent ethical conflicts with their charitable foundation, but still more action is needed 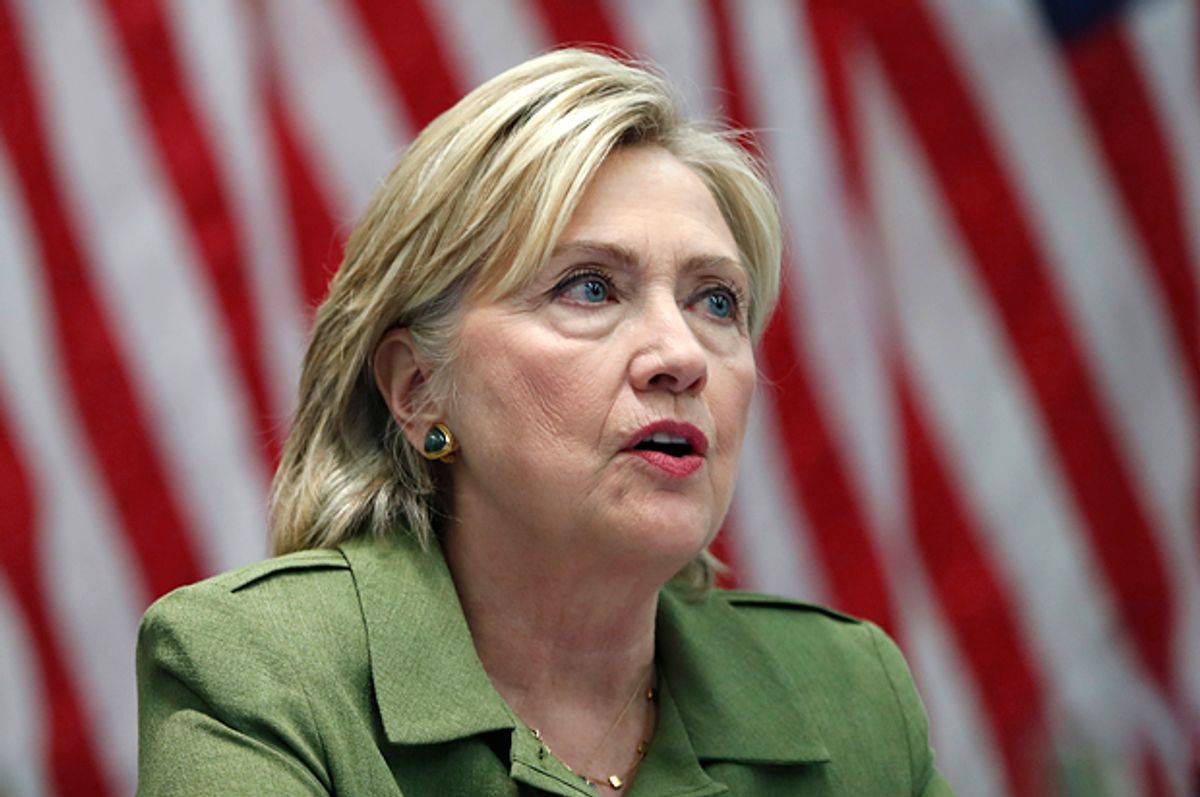 Once again, the Clinton Foundation popped up to give the presidential campaign of Hillary Clinton a nosebleed. A batch of emails turned up by a conservative activist group’s FOIA requests revealed, in the words of the Wall Street Journal, “new examples of a Clinton Foundation official seeking access to the State Department on behalf of donors at a time when Hillary Clinton led the department.” As I wrote back in early 2015 regarding the Clintons’ absurd decision to reopen the foundation to foreign donors, political problems of this sort were inevitable when you’re simultaneously soliciting money for a massive international charity and nurturing ambitions to be president of the United States. Even if there’s no documentation of any shady quid-pro-quo business, the perception (and persistent threat) of conflicts of interest remain.

Clinton’s political opponents have seized on the news to attack Hillary and accuse her of corruption. Donald Trump (who has his own issues with ethically disastrous foreign financial arrangements) called the foundation “the most corrupt enterprise in political history” and insisted that it “be shut down immediately.” It’s important to note that, hyperbolic Trump statements aside, there’s no actual evidence of any corruption on Clinton’s part, and calling for it to be rapidly closed down is both stupid and pernicious, as the charity does a lot of good work across the globe. But that doesn’t mean the Clinton Foundation isn’t a political problem.

In fact, the Clintons have acknowledged as much by taking steps to protect a Hillary Clinton administration from perceived conflicts of interest originating from the foundation’s fundraising. Bill Clinton announced last week that the foundation will stop taking foreign and corporate donations if Hillary wins in November (that’s well and good, though it makes the decision to start taking foreign money again while Hillary was preparing her campaign look even worse in retrospect). And this week, Buzzfeed reported that the Clinton Foundation will “scale back operations and hand off nearly all the ongoing programs that make up the organization’s work around the world” to other charities.

I called up a couple of government watchdogs to get their assessments of the Clintons’ plans for the foundation, and the reaction was mixed. “These are good first steps,” said Scott Amey, general counsel for the Project on Government Oversight (POGO),” but they’re probably going to have to go a lot further than that.” By promising to cut off foreign and corporate donors when Hillary takes office, the Clintons have reduced the likelihood of future conflicts of interest. But those steps don’t address the long history of financial interaction between the Clinton Foundation, foreign governments, and corporate interests.

That history will intersect with policy decisions made by a Hillary Clinton administration, and strict ethical protections will have to be put in place to avoid any potential ethical problems. “If Hillary were to take office, they would need some robust firewalls set up so that we don’t have even an appearance of conflicts of interest with people that were tied to any of these outside arrangements the Clintons have set up,” Amey said. That means “building an entire ethics network to prevent… any favorable or preferential treatment for anyone that they had a relationship with in the past.”

Craig Holman, a government affairs lobbyist with Public Citizen, said that the Clintons’ plan to scale back the foundation’s operations post-election “certainly helps, and it’s long overdue, but it does come too late.” Again, according to Holman, the Clinton Foundation’s existing history makes it likely that ethical problems will still pop up. “They opened up the foundation to unlimited contributions from any sources, which included foreign governments, and of course these are going to be special interests that have business pending before a potential Clinton administration… the conflict of interest is just an inherent part of the foundation.”

What has to happen, given that history, is that a Clinton administration’s dealings with people and entities linked to the Clinton Foundation would have to be handled with a high level of transparency. Per Holman, the Office of Government Ethics “could easily run through the donor lists to the foundation, identify the potential conflicts of interests of any administration actions and require, or ask for, full disclosure of the process.” POGO’s Amey noted that there are existing safeguards protecting against ethical breaches by government officials – recusal processes, mandatory divestments, etc – and those will have to be enforced to the highest degree. “We need to make sure that we go as far as we can with those initiatives,” says Amey, “to make sure that the White House is as clean as possible.”

So while it’s certainly welcome that the Clintons have taken steps to safeguard against further conflicts of interest through the Clinton Foundation, there’s still quite a backlog of donor history that can still cause them ethical trouble (to say nothing of the fact that the foundation will apparently continue taking foreign money up to the point that Hillary wins election). How much political damage they absorb from that will be determined largely by how transparent a future Clinton administration is willing to be.