The Tragically Hip's last gift: Most fans and bands never get the chance to say goodbye

Canada's favorite frontman Gord Downie has cancer, and millions of people got to see his farewell tour 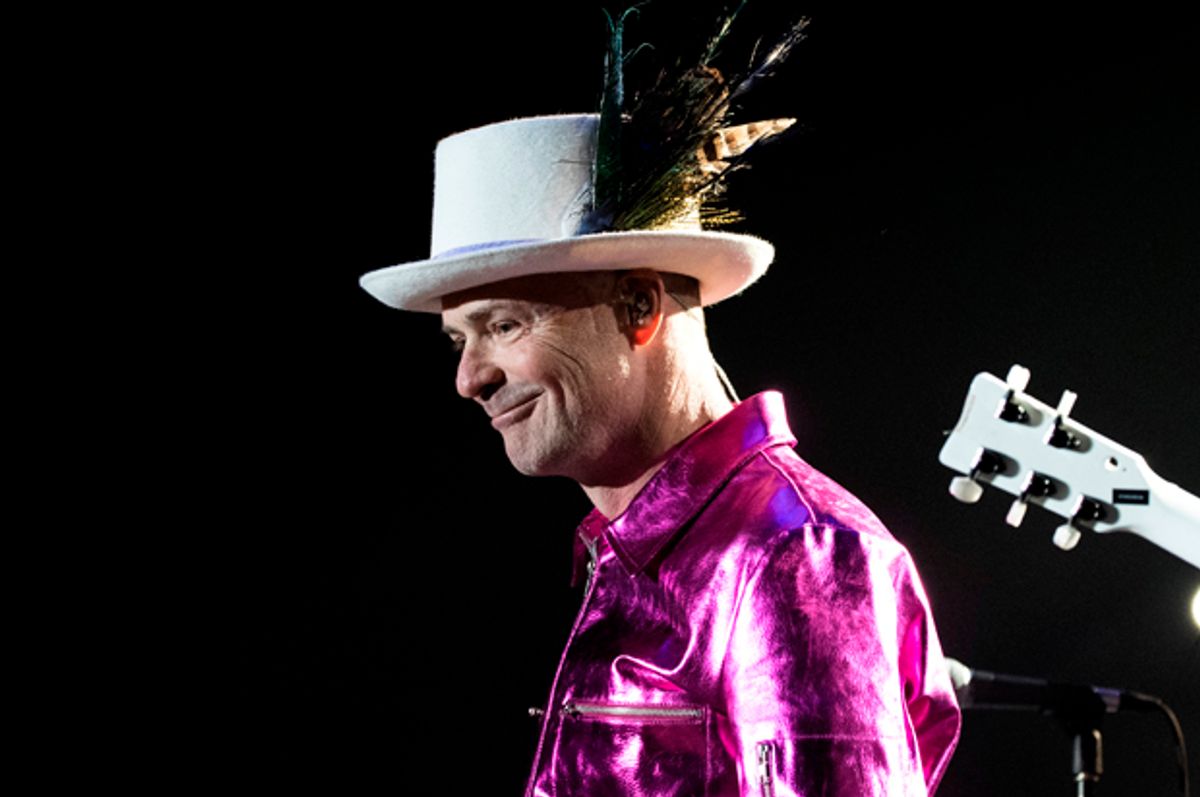 In today's fractured cultural landscape, it takes an event of massive proportions to unite people. For Canadians, that event happened on August 20, when the Tragically Hip's "Man Machine Poem" tour concluded in the band's hometown of Kingston, Ontario. The concert was no ordinary last show: Earlier this year, the band announced that beloved frontman Gord Downie had incurable brain cancer. The Hip (as the band's affectionately nicknamed) still went forward with a summer tour, saying in a statement, "this feels like the right thing to do now, for Gord, and for all of us."

On Saturday night, fans such as Canadian Prime Minister Justin Trudeau flocked to Kingston for the concert. Others gathered to watch a CBC simulcast of the show, in both private homes and public spaces across Canada. (The Toronto police joked on Twitter that "Canada will be closed tonight at 8:30 p.m ET. Have a #TragicallyHip day.") Even at the Rio Olympics, Canadian athletes and visitors (including Barenaked Ladies' Ed Robertson) gathered at Canada House to watch the broadcast. On Monday, the CBC estimated that its commercial-free broadcast and livestream reached 11.7 million people.

Canada wasn't the only country that paused to commemorate the band's homecoming. Viewing parties were held all around the world, while the hashtag #TheHip trended on Twitter in the United States for a few hours on Saturday night. The latter was somewhat of a surprise, because the Tragically Hip's profile in America is decidedly lower than it is up in Canada. Stephen Marche grappled with this conundrum in a fantastic New Yorker article: "Why they have never translated to the American audience is one of the great mysteries of Canadian popular culture. I have never heard or read a convincing explanation. Their songs are catchy, and every other act anywhere near their size in Canada has gone on to success elsewhere."

Marche's assessment is correct. It's not like the Hip are obtuse or obscure: The bluesy "New Orleans Is Sinking" and the R.E.M.-ish "Courage (For Hugh MacLennan)" — which did make the U.S. rock radio charts in 1990 and 1993, respectively — have appealing swagger, while the keening minor 1998 hit "Poets" and the simmering epic "Gift Shop" are muscular and smart. The band's most recent album, 2016's "Man Machine Poem," was co-produced by Broken Social Scene's Kevin Drew. Appropriately, the LP shares more than a little DNA with the diffracted, geometric indie-rock in which Drew's group specializes; standout song "In A World Possessed By The Human Mind," meanwhile, is a kissing cousin to Arcade Fire's fiery anthems. In other words, the album could absolutely cross over and connect with audiences unfamiliar with the Hip and its history.

Most of the popular '90s Canadian bands had a significant presence and fanbase in northeast Ohio, where I grew up, so I'm more familiar with the Tragically Hip than most. Still, I'm definitely a casual fan, and unfamiliar with the nooks and crannies of the band's catalog. But I've found myself transfixed by the group's summer tour, and watched most of Saturday night's concert, on the edge of emotion and even tears at some points. I know I wasn't the only one in this position, either. Certainly there was curiosity — I've never seen the band live — but also the sense that it was important to watch and share such a moving event.

The narrative that Downie is facing a terminal medical diagnosis and yet chose to tour anyway is something that transcends measures or popularity, because it speaks to the kind of superhuman resiliency we all wish we possessed. But it's also placed the band in a unique spot, having to perhaps say a tacit, premature goodbye to a vibrant and storied career. In light of that, it's deeply admirable that the Hip went on what's likely to be a country-wide farewell — the band haven't defined the tour as such, although there was very much a sense of finality to these shows — and went to great lengths to make sure the entire world could see them one last time.

So many times our favorite bands just fade away, thanks to unexpected breakups, subpar last albums or tours, or even sudden death. People don't get to say goodbye or mourn the loss; a void just appears one day, and we're left trying to figure out how to get closure. There's no map for these unexpected losses, which is why when seemingly sturdy icons such as David Bowie and Prince pass away, it's so devastating. There's no blueprint for this kind of situation in which the Hip finds itself, either, but the the band's immense gratitude for fans made them choose a dignified route that gives loyalists opportunities to grieve and celebrate as they see fit.

Yet whether people are fans of the Hip or like their music is almost beside the point. Any music fan who loves a band or artist with all their heart can relate to the opportunity — even the gift — Hip fans were given over the weekend, and respect Downie (and the band) for giving a cathartic performance under what had to have been incredibly sad circumstances. Viewers didn't have to necessarily connect with certain popular singles to feel moved by the audience members shown crying (or kissing) during the concert, or to marvel at how stoic and brave the rest of the band looked throughout the night.

And you almost had to have a heart of stone not to react to Downie. During "Grace, Too"—which has always had a raucous ending — he became visibly emotional. He seemed to tear up, but then gritted his teeth and screamed in rage instead. After these outbursts, Downie tossed the mic down with a sickening thud, and then gave into his emotions, wiping his eyes and folding his arms into himself, as if for protection. It was a harrowing, breathtaking, tear-inducing moment, due to its intensity and the primal emotion on display in his face: agony, sadness, frustration, anger.

It's not anyone's place to armchair diagnose what was running through Downie's head during the song. But we can still be wrecked and stunned by the humanity in his performance, and identify with the pain, desperation and ferocity he exuded. That the Hip came back after that song for a third encore was even more impressive. Sure, the band had a few more must-play songs (including a set-ending "Ahead By A Century"), but it was the mark and gesture of a long-time pro that the concert must go on. The resilience he displayed at this juncture, not to mention throughout the whole tour, was incredible.

Downie's medical condition has been the unspoken elephant in the room during the tour, acknowledged only in subtle ways, such as when certain shows ended with him alone on stage, waving to fans cheering wildly in his honor. That's as it should be; these concerts are a celebration and a victory lap, not a time to mourn. But on Saturday, figuring out how to say goodbye was clearly on everybody's mind — whether it was Downie making a speech praising Trudeau, thanking the crowd for listening and then telling them to "have a nice life," or the way the entire quintet clasped hands in solidarity to soak up the audience's cheers after "Ahead By A Century." These subtle gestures weren't explicit farewells or even a "see you later," which made them even more affecting. For once, Downie and the Hip didn't necessarily have the right words to say. Instead, their actions — and grace — spoke volumes.