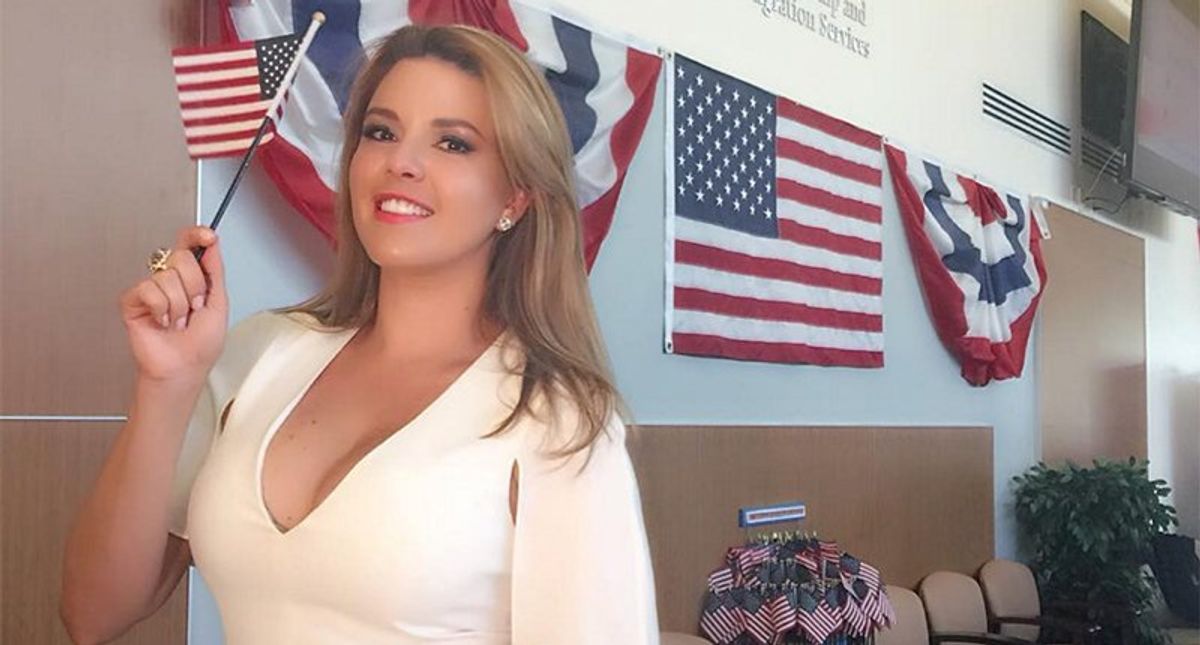 Former Miss Universe Alicia Machado says she was public humiliated by Donald Trump and now plans to vote against the Republican presidential nominee.

Machado, a Venezuela native, was crowned in 1996 — the first year Trump owned the pageant -- during a ceremony hosted by Trump's then wife, Marla Maples. The 19-year-old winner said shortly after winning the pageant, The GOP nominee began bullying her "all the time."

The beauty queen's complaints about Trump were first reported by the New York Times in a blockbuster story this spring highlighting dozens of women's tales of abuse and mistreatment.

"For sure he is not a good person," Machado told Inside Edition in May. After her victory, she claimed Trump referred to her as "Miss Piggy" and "Miss Housekeeping."

Trump's teasing made her feel “so fat” that it made her “very depressed," she said.

She also claimed Trump mocked her ability to speak English.

Trump publicly called the teen model an "eating machine" to radio host Howard Stern, which Machado claimed caused her years of low self-esteem. The 39-year-old says her experience with Trump led to years of battling eating disorders and psychotherapy.

“She weighed 118 pounds or 117 pounds and she went to 160 or 170," Trump said after forcing Machado to workout in front of the press, according to Inside Edition. "So this is somebody that likes to eat.”

"They took me to the gym, and I’m exposed to 90 media outlets.” Machado told The New York Times. “I was about to cry in that moment with all the cameras there,” she said of the humiliating experience. “I said, ‘I don’t want to do this, Mr. Trump.’ He said, ‘I don’t care.'”

20 years later, Machado plans to exact her revenge at the voting booth.

"I so proud and inspiration to be a U.S. Citizen! I'll be Voting!" Machado recently posted to Instagram, announcing her newly-minted status. " All my power and support to Hillary Clinton become with my next President @hillaryclinton Miss Housekeeping and miss Piggy Can Vote @realdonaldtrump."

I so proud and inspiration to be a U.S. Citizen! I'll be Voting! All my power and my support become with my next President @hillaryclinton Miss Housekeeping and miss Piggy Can Vote @realdonaldtrump

Machado went on to become a big star of telenovelas. She was also the first Miss Universe to pose for Playboy magazine in 2006.