In Florida, Donald Trump extends ham-fisted olive branch to minority voters "tired of being used by these phony politicians" 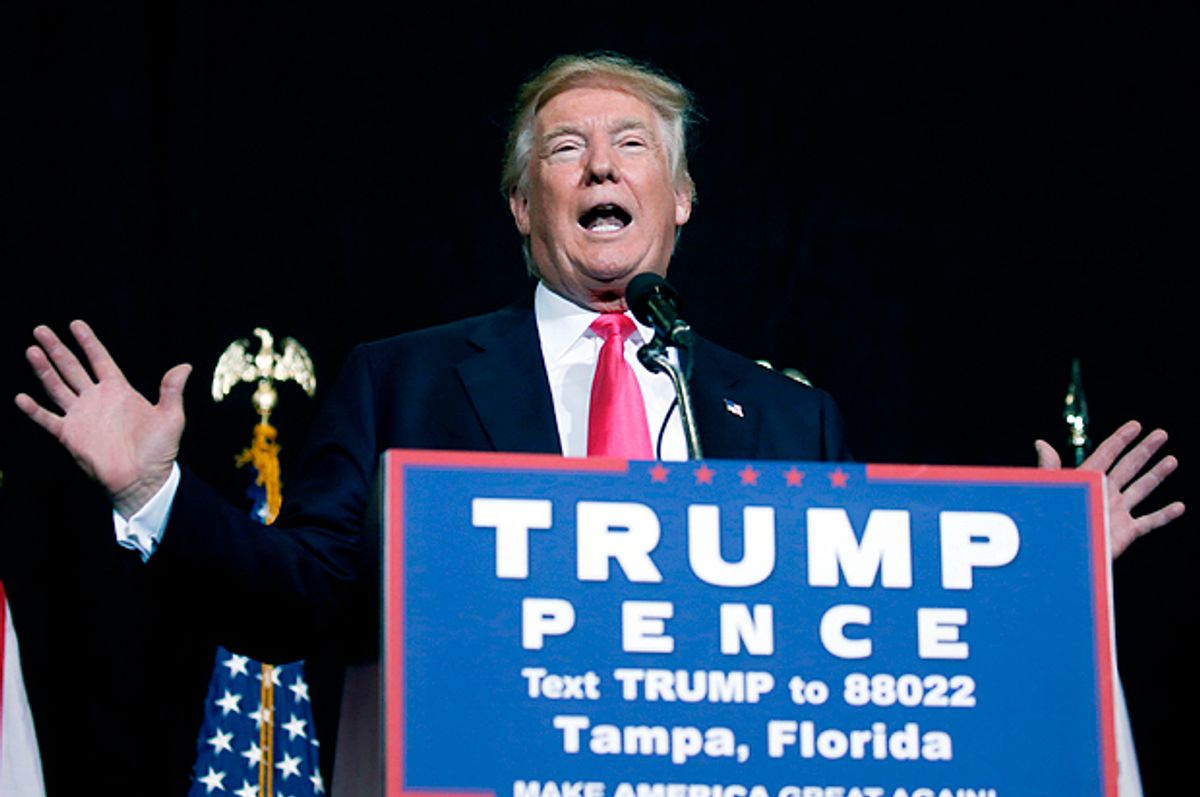 At a rally in Tampa, Florida, on Wednesday, GOP presidential nominee Donald Trump continued his recent appeal to minority voters.

Trump promised to "protect the jobs and wages of the hispanic citizens" by way of border security (i.e. "build the wall") and decreased regulations.

"This is their number one complaint. They deserve to have their jobs protected from illegal immigration and broken visa programs," he added of hispanic Floridians, which make up almost a quarter of the population, according to the latest census. "There are over 600,000 hispanic-owned businesses here in Florida. Hillary Clinton's plan would smother them with new regulations."

Trump caught flak last week for promising African-Americans that he'd "make your streets safe so when you walk down the street, you don't get shot, which is happening now." (This after infamously "Look at my African-American over here" gaffe in June.)

Recent NBC News polling found Trump still lags behind Clinton  significantly among minority voters, particularly with black voters, of which only 8% support him.