The hackers also posted videos of the late gorilla Harambe, just in case anyone wondered whether they were racist 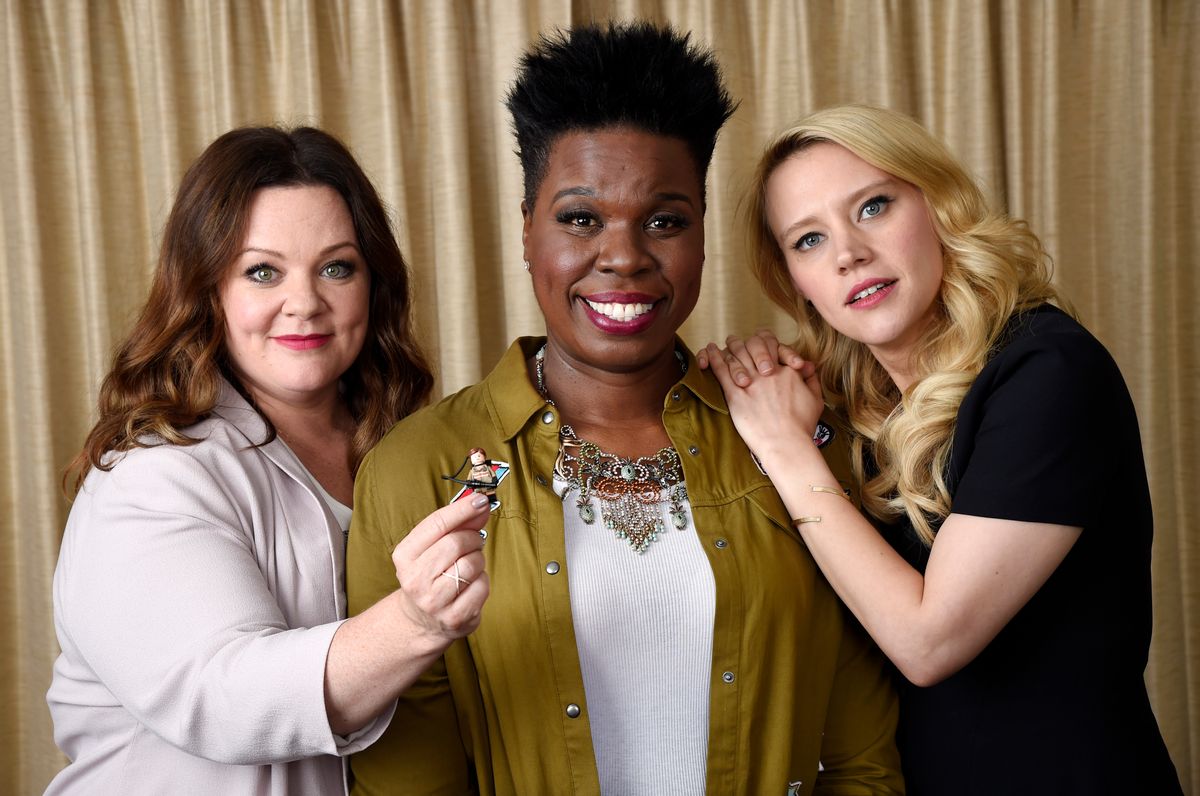 In this July 8, 2016 photo, Melissa McCarthy, left, Leslie Jones, center, and Kate McKinnon, cast members in "Ghostbusters," pose with a Lego toy figure of fellow cast member Kristen Wiig during a portrait session at the Four Seasons Hotel in Los Angeles. Their film will be released on Friday. (Photo by Chris Pizzello/Invision/AP) (Chris Pizzello/invision/ap)
--

The website of "Saturday Night Live" and "Ghostbusters" star Leslie Jones was hacked on Thursday by a person or group whose sole intent was to humiliate her.

The culprits replaced the content of her site with nude photographs of the comedian, images of her passport and driver's license, as well as videos of Harambe -- the gorilla put down by employees of the Cincinnati Zoo earlier this summer.

Jones drew the ire of Internet man-children earlier this year for having the audacity to star in Paul Feig re-boot of "Ghostbusters" alongside Melissa McCarthy, Kristen Wiig, and Kate McKinnon. Unlike her co-stars, however, who only had to fend off the sexist trolls, Jones also had to contend with their racist brethren.

Eventually, the abuse became so grave as to drive the actress off Twitter. "I leave Twitter tonight with tears and a very sad heart,” she wrote at the time. “All this cause I did a movie. You can hate the movie but the shit I got today ... wrong."

She later met with officials from Twitter who, as she told Seth Meyers on "Late Night" earlier this summer, "helped [her] out" by getting "a whole bunch of accounts off [of] Twitter."