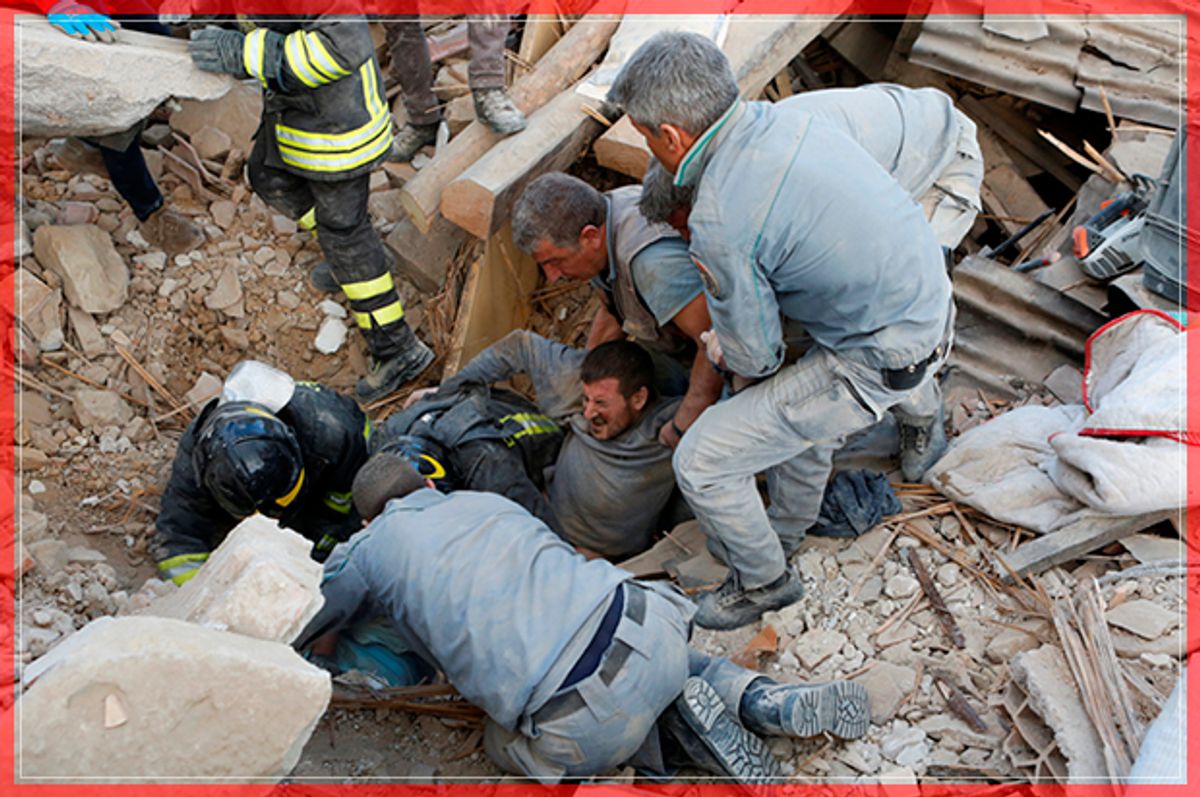 Warsaw, Poland Czarek Sokolowski/AP
Fans of Legia Warsaw celebrate after a goal scored by their team Full disclosure: I know next to nothing about most professional sports, and even less about soccer. What I do know is, generally speaking, sports fans in major American cities wait until their team wins the top prize before they start lighting things ablaze in celebration. To ignite flares after scoring a goal, as this passionate Legia Warszawa fan has done, seems a bit premature…until one finds out that the Warsaw, Poland-based team has waited two decades for this moment, which was enough to qualify the team for the UEFA Champions League group stage for the second time in its history. I suppose I'd be fired up, too.

Amatrice, Italy Remo Casilli/Reuters
A man is rescued alive from the ruins following an earthquake. My job requires me to look at a lot of post-disaster photographs of rubble, injury and death. Shots like this that capture lifesaving moments are very rare, and never fail to put me right in the middle of the exhausting and chaotic rescue effort. Last week in Rio, Pipsqueak the Penguin made an attempt at the vault, even though he is known for his floor routines. After a shaky start, he landed the dismount. Judges gave him an 8 out of 10 (penalties for excessive flipper movement). The origins of the Chinese Lantern Festival are complicated -- they may involve everything from a full moon to a rebellious warrior to a crane flying from heaven to earth. But wherever it came from, the 2,000-year-old tradition is arriving in continental Europe for the first time, as its mix of lights, silk, and bamboo comes to Vienna.