Salon Talks: Economist Joseph Stiglitz on the future of the Euro and U.S. defense spending 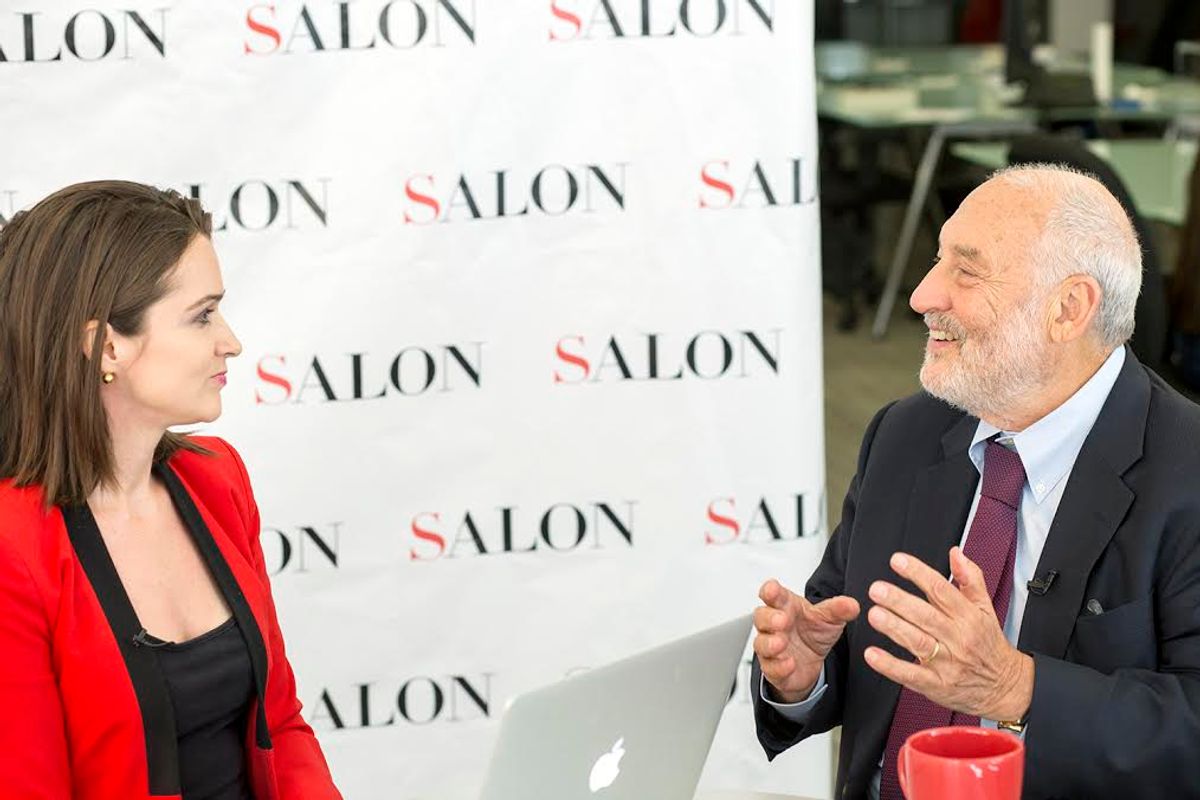 In the clip above, Stiglitz discusses his ideas for solving Europe's debt and currency crises, which he details in his new book "The Euro: How a Common Currency Threatens the Future of Europe." In Stiglitz's view, Europe's economic integration outpaced its political integration, and taking a few steps away from the Euro as we now know it — without abandoning the idea altogether — might help the continent to one day move toward a sustainable common currency. "There are a lot of people who are absolutely committed to the idea of eventually having a single currency," Stiglitz said. "The don't want to go back on the progress we've made

Stiglitz explained his "flexible Euro" plan: "It has the flexibility of saying, let's start creating these institutions and get these countries' currencies to move closer and closer together, and then eventually, once you got them really working cooperatively and you have creative institutions that are able to adjust in the face of a shock, then you say, OK, now we're ready for a single currency."

The wide-ranging discussion also touched on Stiglitz's opinions on U.S. defense spending, which he sees as exorbitant. Watch Stiglitz explain his position on defense spending in the second clip below and don't miss the full discussion on Facebook Live.