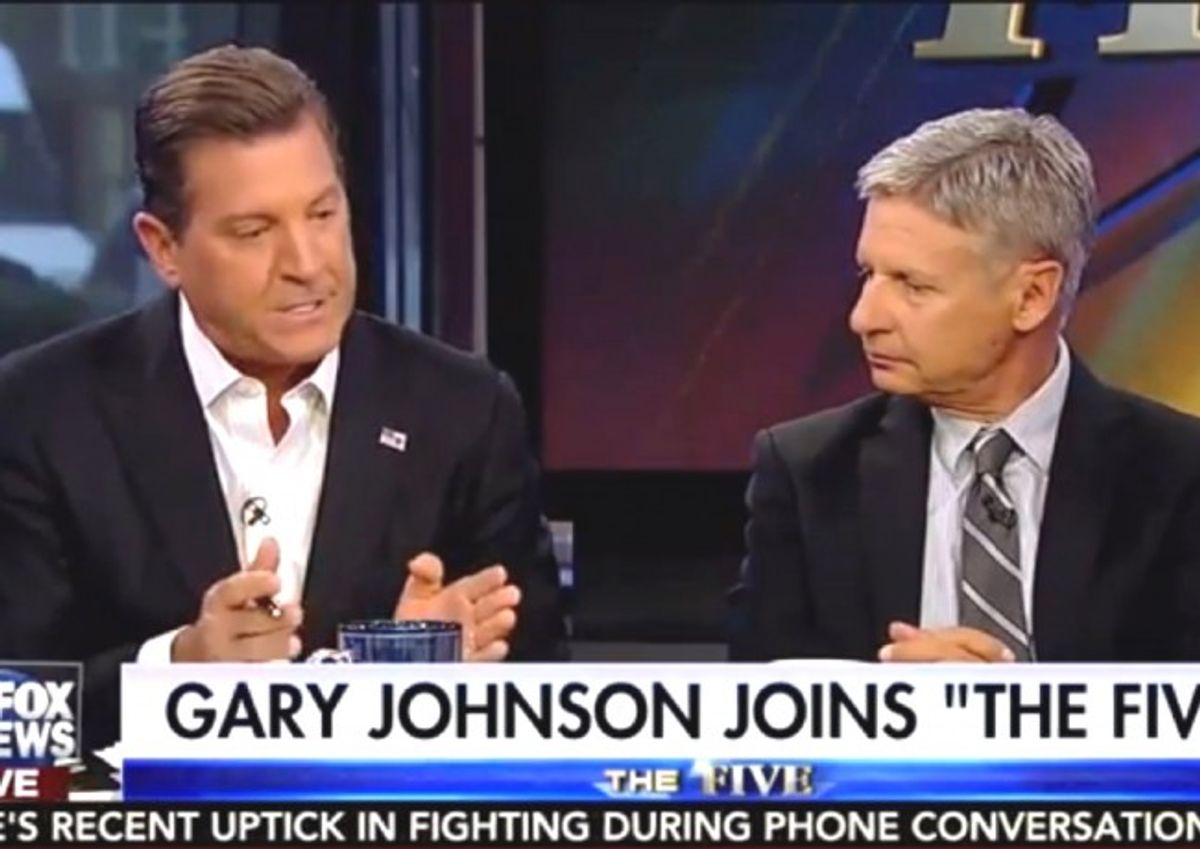 On Tuesday's edition of "The Five," the co-host face-off against Libertarian presidential nominee Gary Johnson about his support for the anti-police brutality movement.

“You said something the other day that really, just kind of rocked my brain a little bit,” Bolling told Johnson. "You praised Black Lives Matter," Bolling, who has compared the movement to ISIS, said incredulously.

“And you also pushed back rather aggressively on the phrase All Lives Matter,” Bolling continued. "Why?"

“Not a pushback, but all lives do matter” Johnson responded. “But when it comes to whites, guess what? We’re not being shot at the rate of six times blacks are being shot at.”

"When it comes to the war on drugs," the former New Mexico governor continued, "if you are of color, there is a four times more likelihood that you will end up behind bars."

“Eric, look, what I hope I said was," Johnson told Bolling, "I’ve had my head in the sand over this.”

"I'd like everybody to watch that documentary on OJ Simpson and take a look at what transpired before the trial," Johnson suggested.

"Can I just clarify though?" a skeptical Bolling interjected. "Blacks are being shot six times more often than whites, but they're committing eight times the amount of crimes than whites."

Hours later on Fox News, Sean Hannity was given a standing ovation when he shut down a Black Lives Matter protest during a Donald Trump town hall with a message: "All lives matter."