A note to Rush Limbaugh: Obama is not building an army of lesbian farmers to take over red America

Programs to help rural LGBT people not only help them, but also small American towns 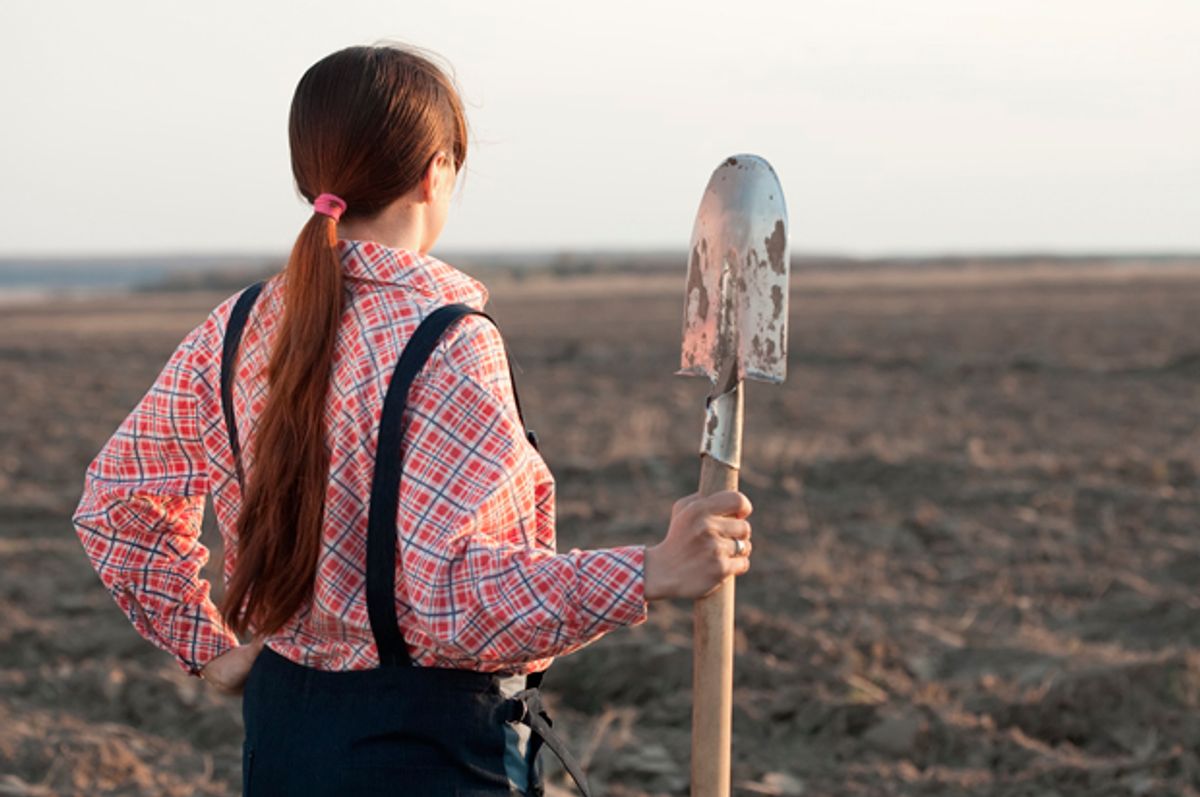 Rush Limbaugh wants his listeners to know that lesbian farmers are coming to get them. Or not them, exactly — most Republicans live in suburban, not rural areas — but the kind of people that his listeners imagine themselves to be. In a recent program, Limbaugh went on a rant about an Obama program that President Barrack Obama supposedly set up to infiltrate rural communities with "lesbian farmers" and destroy them from the inside:

So here comes the Obama Regime with a bunch of federal money and they’re waving it around, and all you gotta do to get it is be a lesbian and want to be a farmer and they’ll set you up. I’m like you; I never before in my life knew that lesbians wanted to be farmers.

I never knew that lesbians wanted to get behind the horse and the plow and start burrowing. I never knew it. But apparently enough money it make it happen, and the objective here is to attack rural states.

The fact that Limbaugh thinks farmers still use a horse and plow speaks volumes about what is going on here. This isn't about protecting real farmers from anything or even trying to understand how rural Americans actually live. This is about exploiting his suburban audience's romantic Farmer John fantasies and pretending that this group is somehow under threat from evil lesbian infiltrators.

Other conservative outlets picked up on the same story, which is unsurprising, as this is standard right-wing scare-mongering. Stories about the federal government's funneling o fmoney through frivolous giveaways to minority groups in an effort to destroy straight, white America is hands down the right-wing media's favorite form of bullshit since Ronald Reagan popularized the term "welfare queen."

But as with stories about "Obama phones" and "midnight basketball," a deeper look shows that these programs are not subversive or frivolous at all but good programs that help revitalize communities.

"We kicked off our #RuralPride campaign really to animate the truism that LGBT people are everywhere," Kate Kendell, the executive director of the National Center for Lesbian Rights, explained over the phone.

While the right-wing press is trying to frame this story as one of Obama's bribing LGBT people to move to rural areas, the reality is very different. The lesbian-rights organization partnered with the U.S. Department of Agriculture and the True Colors Fund to enter rural communities to connect with the LGBT people who are already there, whether they work directly in agriculture or are part of the small-town communities that exist to support agricultural economies.

"Contrary to myths that the LGBT community lives exclusively in metropolitan areas, members of our community are proudly living, working, raising children, going to school, and making homes for themselves and their families in rural America,"  the one-sheet explainer sent to me by the national lesbian group explained.

"It appeared to be the first time that it occurred to these anti-gay voices that LGBT people already live in rural communities," Kendell, who was openly amused at the conservative ignorance and hysteria, told me.

The right-wing media would like to promote the idea that these are training camps for queer sleeper cells, but the programming that Kendell described was straightforward and pleasantly mundane: panels of attorneys, activists and federal officials providing education about resources to help improve their lives, find economic stability and escape the isolation that LGBT people can often feel in small communities. Some summits also have anti-bullying programs to help rural LGBT youth.

A lot of rural areas are in a "downward spiral," Lynda Waddington, a journalist for the Cedar Rapids Gazette told me via email.

"Although a consumer push for niche farming and organics as well as 'buy local, stay local' campaigns have made a slight difference, most agriculture continues to trend toward larger, concentrated operations," Waddington said.

This has a ripple effect throughout these communities, she continued. Farmers have to shut their doors, the communities that supported them start to empty out, the tax base disappears, and young people move to the cities.

"When an area is undergoing decline, it is foolish not to reach for a lifeline because it is connected to a certain demographic that is unfamiliar," she said, adding that "if a smaller community can diversify its economic base, its workforce and its culture, it is naturally better positioned to sustain and thrive."

"With the average age of farmers now at 58 years old, we know that we need to recruit new and diverse farmers, including women, veterans, young people and minorities, to ensure that we continue to have a robust food system and strong rural communities," a USDA spokesperson told Salon, adding that the program is there "to connect to the many resources USDA offers to all Americans related to economic development, housing and health."

While many LGBT people do choose to live in urban areas, those who prefer rural areas do so for perfectly normal reasons, Kendell noted.

But more to the point, he's trotting out a ridiculous fantasy that has absolutely no bearing on how real rural people live.

"Rural communities work differently than big cities," Waddington explained. "People really do rely on each other, much more than on social services or government programs."

"So if you aren’t valued by your neighbors, if your kids aren’t welcomed into the local church or if your produce doesn’t sell at the farmers market or isn’t included in the school’s buy local arrangement, your family is missing out on important information, networking and resources," she added.

Being different — or a "rugged individualist" — is simply easier in the cities, which is why so many LGBT people leave rural areas to live there.

#RuralPride is simply a small but hopefully effective effort to integrate LGBT people into their communities so that they don't feel they have to make that move, if they don't want. If it works, everyone benefits. LGBT people who prefer rural life can keep it, rural communities bleed fewer people, and increased diversity helps these communities build a more sustainable economic foundation.

But of course, right-wing pundits don't care about any of that. Not when they can titillate and scandalize their gullible audiences with nonsense stories about Obama building up an army of lesbian farmers.