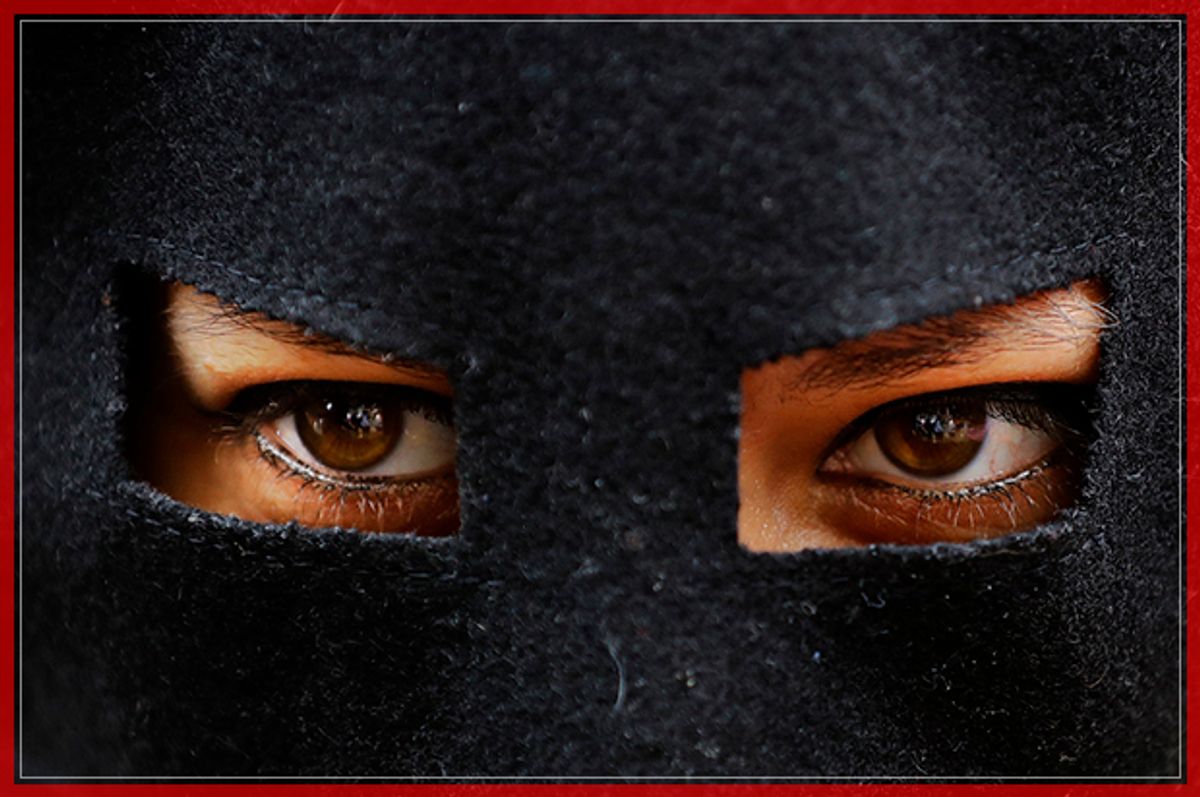 Bogota, Colombia   Fernando Vergara/AP
People celebrate the announcement of the peace accord Remember having a reason to celebrate in the streets? The rainbow flags might suggest this crowd in a Bogota, Colombia park is rejoicing a victory for #LoveWins — and, in a sense, they are — but the more apt trending hashtag is #AdiosALaGuerra, or goodbye to war. After 52 years of conflict and insurrection, the Colombian government and the FARC rebels finalized a peace accord on Wednesday. In April, Colombia's supreme court legalized same-sex marriage. Somewhere, at least, 2016 isn't the worst.

London, UK   Frank Augstein/AP
An activist outside the French embassy protests a clampdown on Muslim women wearing burkinis on the beach This is one of those images that fascinates because there's so many ways to read it. On one hand, determination in this woman's eyes is unmistakable, which does a lot to subvert stereotypes that the women who support the right to wear various forms of Muslim garb lack agency. Sadly, however, this image is also intimidating, and it's easy to see how a news agency trying to gin up anti-Muslim sentiment might go with this to create a "scary Muslims" effect.

Either way, however, the image captures that the burkini struggle in France isn't really about secularism or feminism, but about using these values as cover for bigoted attacks on Muslim women with their clothing choices. The foreground captures the innocent ebullience of youth while the overall scene is a chilling reminder of current flooding along the Ganges River in north and eastern India. The present monsoon season, which runs from June through September, has successfully ended a two year drought in India, however, the dangerous flood levels have forced hundreds of thousands to evacuate their homes and have been linked to at least 175 deaths. The Ganges is a sacred body of water for Hindus and flows 1,569 miles through India and Bangladesh. Libya remains embroiled in chaos, since the 2011 NATO bombing campaign toppled its government in an explicit regime change operation. This photo shows Libyans bravely putting their lives on the line to fight ISIS. In Libya, a once relatively prosperous oil-rich North African nation, ISIS has imposed one of its largest so-called "caliphates" outside of Iraq and Syria. The city where these men are arming up, Sirte, was completely destroyed in the war. Sirte was the birthplace of former dictator Muammar Qadhafi — who was brutally murdered in the 2011 Western-backed uprising, sodomized with a bayonet by rebels. Upon hearing the news of his death, then-Secretary of State Hillary Clinton laughed on TV, "We came, we saw, he died!" Sirte was reduced to rubble. Fascists who declared a so-called "Islamic State" emerged from the ashes.