"You're going to have to open up your kimono and show everything," Oversight Committee chairman Jason Chaffetz said 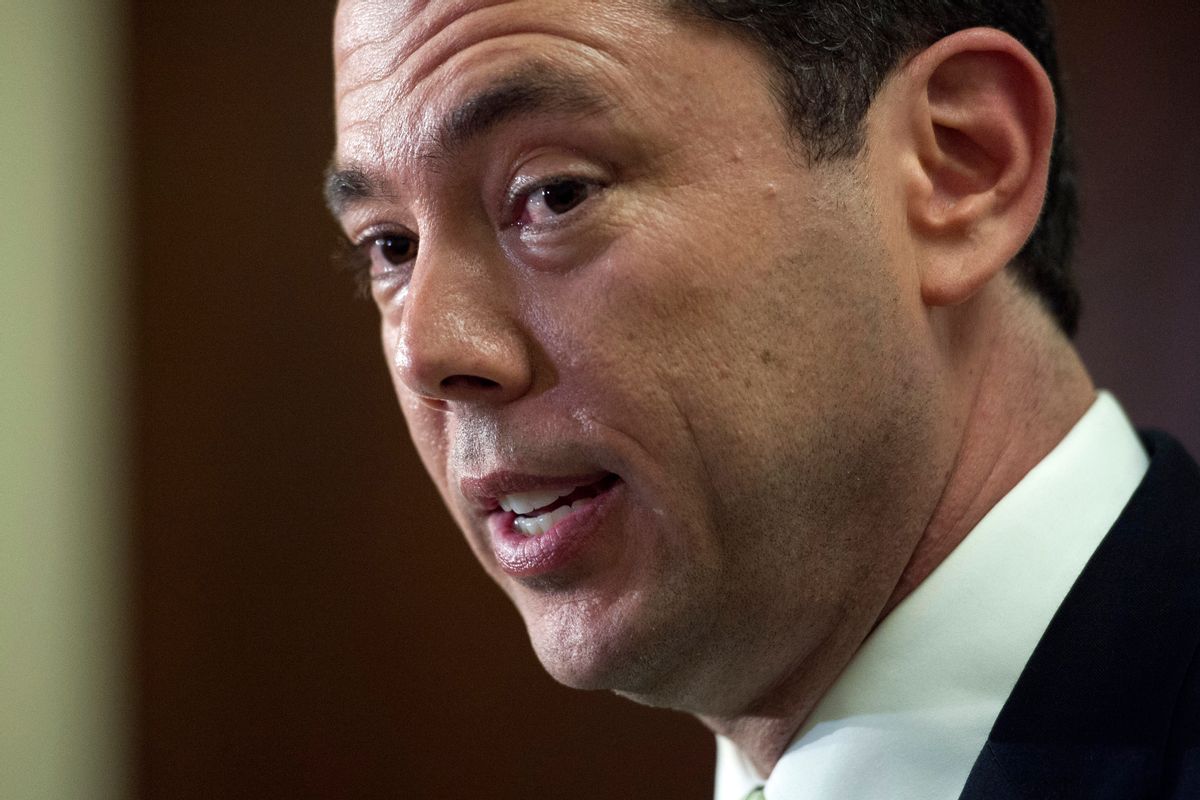 FILE - In this April 22, 2015 file photo, House Oversight Committee Chairman Rep. Jason Chaffetz, R-Utah, speaks on Capitol Hill in Washington. When hackers broke into a database filled with the private information of U.S. security clearance holders, they likely got access to the names of foreign relatives of some of those officials who are living abroad. "It may be the single biggest breach of data that our government has ever had," said Chaffetz on teh C-SPAN Newsmakers program, calling the stolen data "the most sensitive information we have." (AP Photo/Cliff Owen, File) (AP)
--

At least a third Republican congressman has publicly called for GOP presidential nominee to stick with a four decades-long, bipartisan tradition and release his tax returns ahead of the general election. Heck, even his biggest booster Roger Stone is calling on Trump to release his returns!

"If you're going to run and try to become the president of the United States, you're going to have to open up your kimono and show everything, your tax returns, your medical records," House Oversight Committee chairman Chaffetz told CNN's Jim Sciutto on "The Lead" Wednesday.

Chaffetz continued: "You're just going to have to do that, it's too important. So both candidates, Donald Trump and Hillary Clinton, should show both their medical records and tax returns, absolutely."

Trump and his campaign have often citied an ongoing IRS audit as an excuse for not making the records available to the public.

After calling for the release of his tax returns while working for rival Ted Cruz during the GOP primary, newly hired Trump campaign manager Kellyanne Conway has suddenly seen the light and now says her boss shouldn’t be burdened by transparency.

“I’ve learned since being on the inside that this audit is a serious matter and that he has said that when the audit is complete, he will release his tax returns,” she told ABC News over the weekend.

But, George H.W. Bush appointed IRS commissioner Fred Goldberg wrote a column earlier this week explaining that an audit does not preclude Trump from disclosing his filings:

There is, however, a first step that Trump has no excuse for not taking. He can and should immediately release the first two pages of his Form 1040, along with his Schedule A, for the past 20 years. This would tell us how much he makes, how much he pays in taxes, and how much he contributes to charity.

Releasing this information would have no impact on any pending or future IRS audit of Trump. Zero. None. It is a risk-free first step with no downside. While painting a far from complete portrait, it would answer a few of the questions that Trump himself has raised during the campaign: He claims that he makes a lot of money; he claims that he makes significant charitable contributions; and he claims that he reduces his tax liability as far as current law allows.