Trump anoints himself as civil rights crusader at N.H. rally: Hillary Clinton's policies "failed and betrayed communities of color in this country" 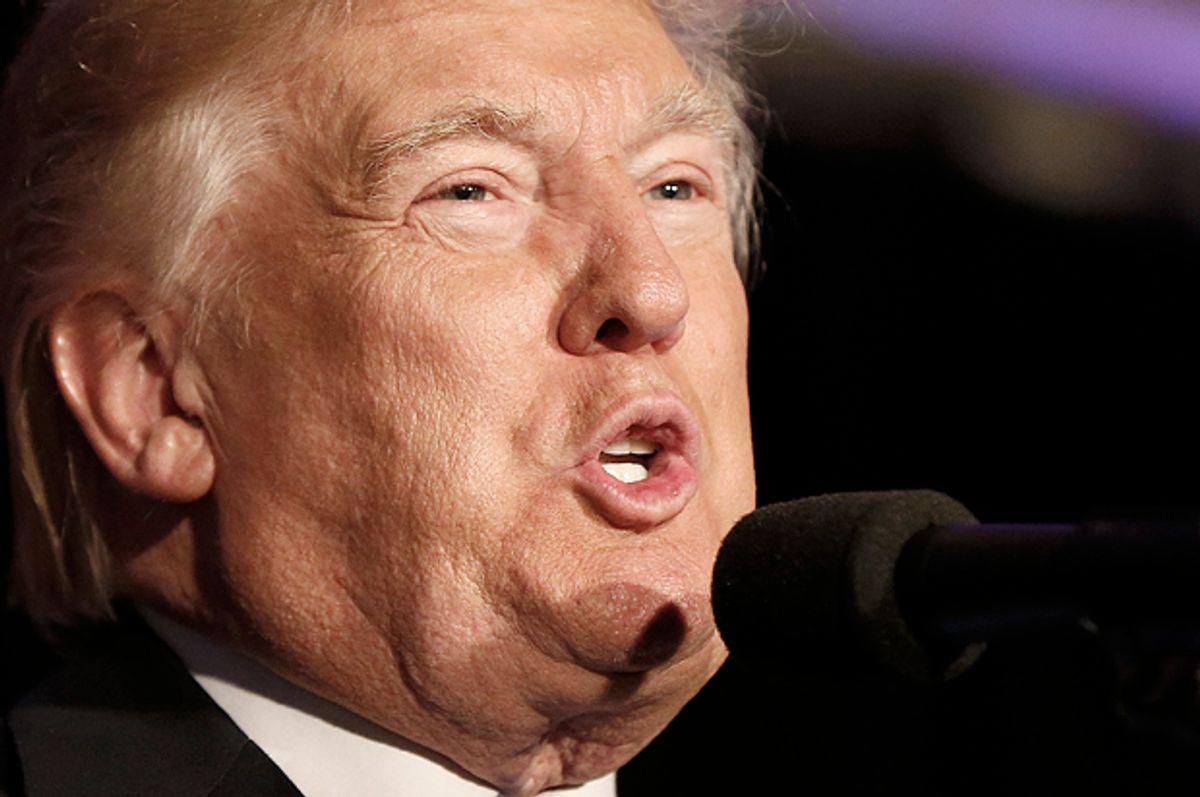 NEW HAMPSHIRE — At an afternoon rally Thursday, GOP presidential nominee Donald Trump repeatedly brought up "inner-cities" as part of an ongoing appeal to minority (primarily African-American and Hispanic) voters — with whom he's polling abysmally — offering his go-to "What the hell do you have to lose?" rhetorical argument.

Democratic policies, Trump said, "produced only more poverty, complete joblessness, and failing schools." And Clinton's policies "failed and betrayed communities of color in this country ... She has brought nothing but pain and heartache and broken promises to your inner-cities. On top of that, she wants to raise taxes on African-American-owned businesses to as much as nearly 50 percent more than they're paying now."

Presumably referring to her husband's 1994 crime bill, Trump called Clinton's crime policies, "one of the great civil rights issues of our time."

"She supports policies on crime that make communities less safe and make it harder to raise your children in security and in peace," he said. "You see it all the time — the inner-cities — parents walking with their beautiful child, and they get shot. They're shot and their child is shot, often killed."

Commensurate with waning post-convention poll numbers, Trump failed to fill a Radisson conference room here in Manchester — across the street from the Verizon Wireless Arena (capacity 11,770).