So both CNN and Trump are paying Lewandowski? "Pretty much," says Cooper 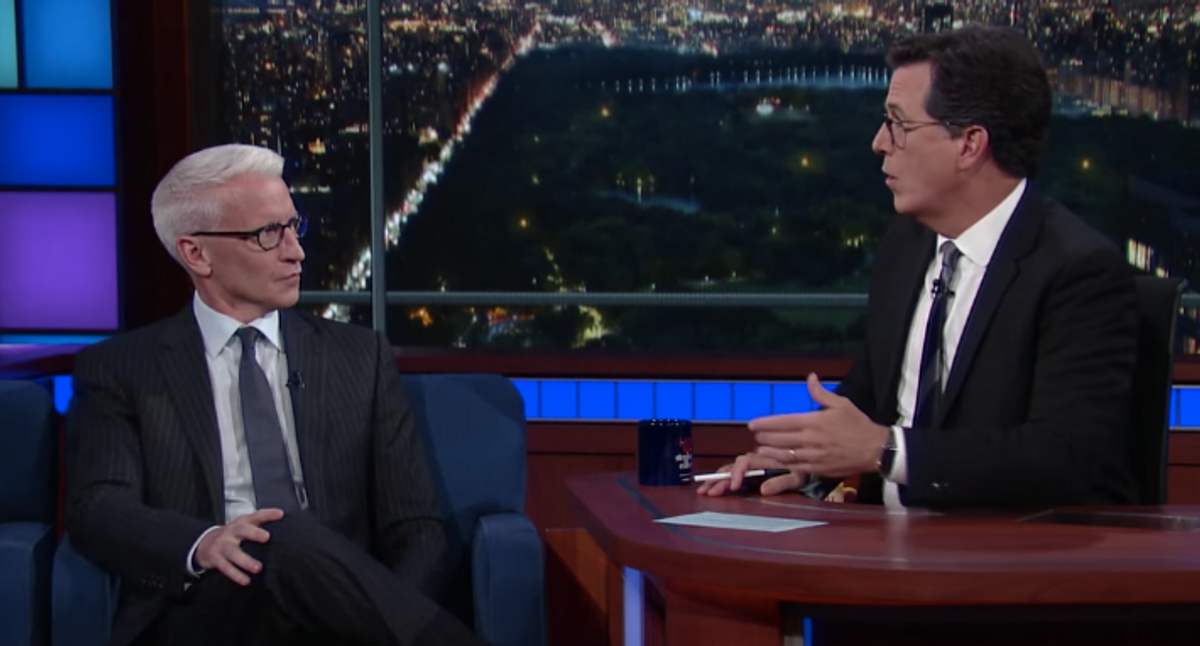 Stephen Colbert welcomed CNN's Anderson Cooper to the "Late Show" on Wednesday, and used the opportunity to ask the star anchor about his most controversial colleague at CNN: former Donald Trump campaign manager Corey Lewandowski.

CNN hired Lewandowski as a commentator shortly after he was fired by the Trump campaign in June, but the network soon acknowledged that in addition to his CNN deal (reportedly worth "somewhere in the low six-figures"), Lewandowski was also still receiving severance payments from the Donald Trump campaign. Complicating matters further, Lewandowski is subject to a nondisclosure agreement with Trump. In the past, Trump has reportedly used such agreements to prohibit former employees from making disparaging statements about him.

Colbert was eager to discuss the apparent conflict of interest with CNN's highest-profile personality. "So, he works for you guys," Colbert said, "Does he still get any money from the Trump people at the same time?"

"I believe I read he gets a continuing severance from the Trump campaign," Cooper responded.

"So, y'all are paying him and Trump is paying him, but he's on your show doing analysis for a man he still gets cash from," Colbert said.

"Pretty much," Cooper answered. "I guess that's one way to look at it, yes."

"And you still respect his opinion too?" Colbert asked.

"Well, we have people from all the campaigns. We have, like, campaign surrogates for Hillary Clinton on." Cooper replied, without addressing whether any Clinton surrogates appearing on CNN are paid by both the network and the Clinton campaign.

Watch a clip of the exchange above, via CBS.