Will play for food: Amazon's rumored music streaming service could hurt Apple, Spotify — and every musician you love

If reports are true, Amazon will offer unlimited streaming for as little as $4 a month — but it's costing someone. 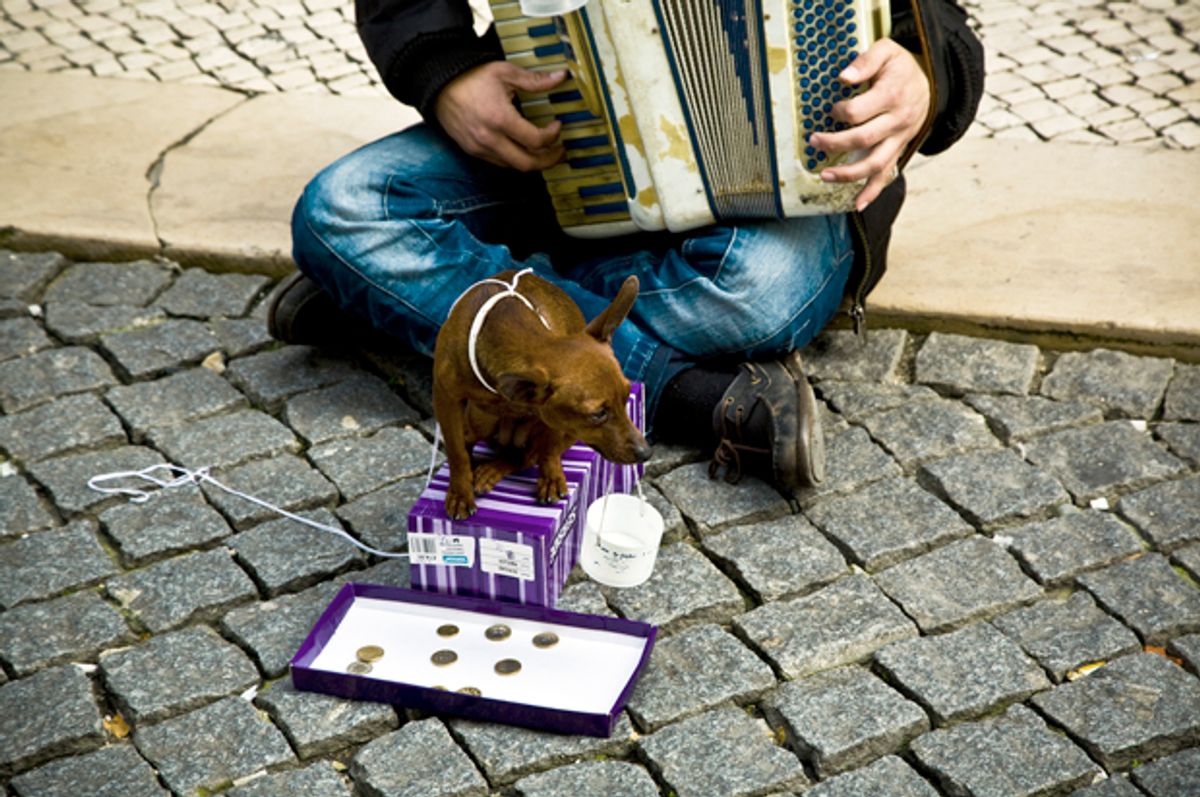 How low can you go? As if $10 a month for unlimited access to massive catalogues of stream-able music didn't leave little enough for artists. Now Amazon.com is reportedly stepping up its music-streaming game with a deal that could greatly reduce this price for millions of customers. It could strike a blow against Apple, Spotify, Pandora — and songwriters and musicians.

The new Amazon on-demand music streaming service, widely expected next month, is aimed grabbing market share from leading streamers Spotify and Apple Music. Subscribers to the soon-to-be-announced service will get all the music they can stream for the same monthly fee as other providers. But owners of Amazon’s Echo device, that $180 thermal-mug shaped voice-controlled web-connected home speaker, will get all unlimited music for as little as $4 a month.

Although the Seattle-based online retail giant has not confirmed this service, Recode recently cited anonymous sources saying it’s basically a done deal and could come in September. Amazon’s approach would be unique because it would use on-demand music streaming to lure customers to Echo: Pay $180 for a device that offers voice-activated access to the internet, and then you pay a little more for a Spotify-like service at a much lower price.

The company hasn’t disclosed how many of Echo devices it’s sold, but The Information, citing anonymous sources, estimated sales would hit 4 million units by the end of the year; with a target of an additional 10 million by the end of 2017. All the owners would potentially pay $48 a year for on-demand streaming.

It could mean yet another hit for artists, who might see yet another pay cut for their work that’s already been hammered down by the rise in popularity of music streaming. Annual revenue from U.S. music sales have stabilized at about $7 billion in recent years, down from nearly $12 billion in 2006, according to the Recording Industry Association of America. But that revenue was largely from digital downloads — many through the iTunes store. Now digital downloads, which are more beneficial to artists than streaming, are going the way of the CD — they now make up about 34 percent of total digital music revenue. Meanwhile money generated by both music and video streaming fell by nearly one fourth, to 0.00506 cents per play, according to an analysis earlier this year by Billboard magazine.

While music streamers point to the billions they’ve paid the recording industry in royalties, artists point to the pittances they actually collect. For example, Meghan Trainor’s immensely popular “All About That Bass,” which topped streaming-music lists in 2015, with nearly 180 million plays, earned the song’s author about $5,600 — a fraction what he could have made if more people had paid for the 99-cent download on iTunes.

“It's fair to say there is no consensus in the artist community that $10 [a month] is workable for full-catalog streaming,” Kevin Erickson, national organizing director for the Future of Music Coalition, an advocacy group for musicians, told Salon. “People have argued that lowering the price point might lead to greater adoption, but greater adoption doesn't necessarily benefit all artists.”

Amazon is no stranger to aggressive under-pricing. For most of the company’s 22-year history, founder Jeff Bezos has been willing to endure quarter-after-quarter of losses (making him a billionaire along the way) in order to build customer loyalty. Amazon Prime is perhaps the best example of the company's willingness to lose money to gain customers. The unlimited shipping service has cost the company billions of dollars in losses, it has, in return, created an army of loyal customers who have since tolerated increases to Prime’s annual fee from $79 to $132. This strategy has proven immensely successful — much to the chagrin of Amazon’s many brick-and-mortar rivals over the years. In June, the company posted its fifth consecutive profitable quarter, and a record one at that.

Other music services have previously attempted cheaper streaming subscriptions, but because of the licensing costs those services lacked on-demand streaming – the thing that allows you to pick songs and build playlists. Without it, music streaming behaves more like traditional radio stations, where listeners are fed songs interspersed with ads. Pandora has used this model for years and currently has a limited $5 a month ad-free service. But next month the Oakland, California-based company will join Spotify and Apple Music in offering on-demand options for $10 a month.

As the music streaming price wars heat up, it appears that fans will get more low-cost choices. And artists will get less of everything.