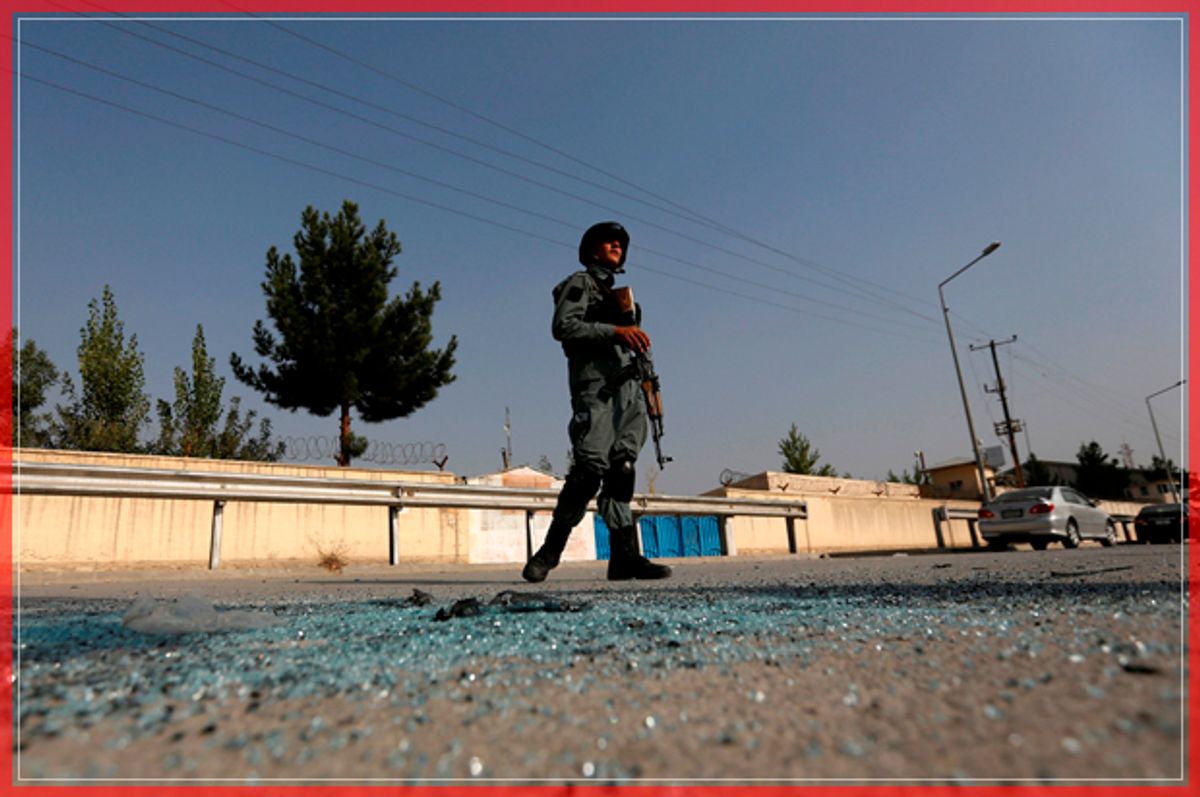 An Afghan policeman stands guard after an attack at the American University of Afghanistan in Kabul, Afghanistan August 25, 2016. REUTERS/Mohammad Ismail - RTX2MY8I (Reuters)
--

Amatrice, Italy   Andrew Medichini/AP
A volunteer rests in a makeshift camp set up inside a gymnasium following the earthquake There's something dissonant about a natural disaster breaking into today's news cycle. All deaths are on some level the same, and natural disasters always intersect with human decisions from infrastructure spending to government response. But when an earthquake kills people, the deaths are often assessed without recourse to politics. This picture captures a human responding to a human tragedy. I rewatched the final moments of the 2015 MTV VMAs after reading that Kanye West will get four minutes of free rein on stage this Sunday. Last year, while accepting the Michael Jackson Video Vanguard Award, West declared his 2020 presidential candidacy. I laughed, but now Donald Trump is the GOP nominee.

Hong Kong, China   Bobby Yip/Reuters
A rabbit looks at a customer at the first rabbit cafe in Hong Kong Kabul, Afghanistan   Mohammad Ismail/Reuters
An Afghan policeman stands guard after an attack at the American University of Afghanistan Mohammad Ismail's photograph, taken shortly after the attack on the American School in Kabul, captures the fragility of this particular foray into nation-building. It should be a strong composition, given the centered image of a soldier, the sharp lines defining the space behind him -- and yet all the elements of the composition undermine that strength. The soldier drags his leg, almost daintily, and stares not at the camera but off into a distance, betraying what in another context would pass for wistful, but which here hints of weary.