The orange "gripper" pictured below may not look impressive, but it's just the beginning 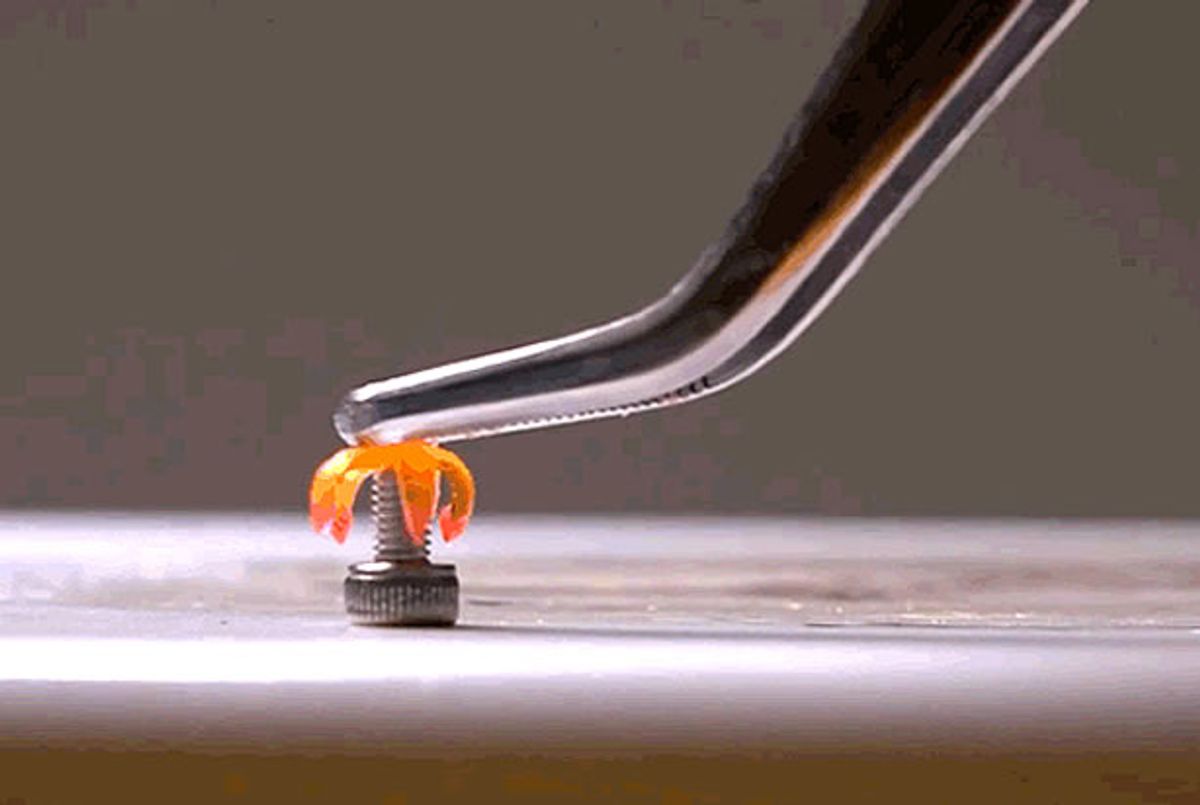 Engineers from the Massachusetts Institute of Technology, working in conjunction with researchers from the Singapore University of Technology and Design, announced on Friday that they have used light to produce 3D-printable structures that "remember" their original shapes and are capable, at certain temperatures, of springing back to their original forms.

The researchers are "printing with light" in much the same way dentists currently do. According to Nicholas X. Fang, an associate professor of mechanical engineering at MIT, "it’s almost like how dentists form replicas of teeth and fill cavities, except that we’re doing it with high-resolution lenses that come from the semiconductor industry, which give us intricate parts, with dimensions comparable to the diameter of a human hair."

The difference between the lenses used by dentists and those employed in the superconductor industry is significant for another reason -- the smaller the scale of the printing, the more quickly the material can respond to variations in temperature, meaning that a biomedical implant would be able to release its ingredients more quickly, or a solar panel would be more responsive to smaller temperature variation.

The applications for such advanced technology are surprisingly mundane, especially given the process used to produce them. A shape-memory polymer such as those his team manufactured could be used, for example, in the construction of solar panels in order to have them turn at a specified temperature in order to mimic the heliotropism of plants.

There are also medical applications, in which changes of body temperature would trigger the release of drugs already in an individual's system. "We ultimately want to use body temperature as a trigger,” Fang said. “If we can design these polymers properly, we may be able to form a drug delivery device that will only release medicine at the sign of a fever."