The kids are (going to be) all right: Our special snowflakes are leaving home — to make the world better 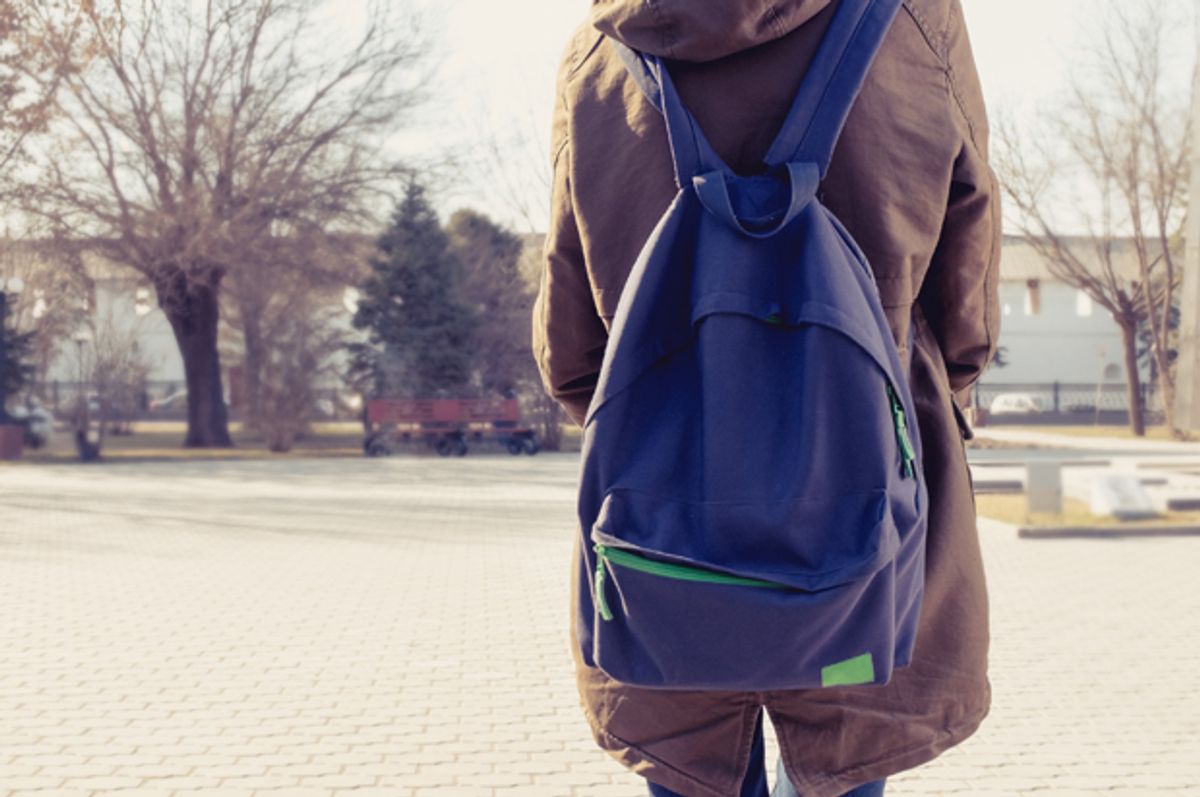 The telltale signs started appearing over the winter. Pyrex containers of leftover starchy foods piling up in the fridge. He’d always loved my breakfasts.

“Mom, stop with the French toast!”

“What about just toast toast?”

Then there was that tower of bath towels.

“Mom, I haven’t even graduated yet.”

“There was a sale at Bed Bath & Beyond.”

“OK I’ll put them away until August.”

Only there’s nowhere near enough storage space in the bathroom that my husband, son and I share.  So the first thing I see every day? A set of bath sheets balanced on top of the commode. The last thing before going to bed at night? The reminder that he will be leaving us.

“Are you trying to breastfeed that cat?” My husband asked, when he caught me swaddling our tabby in a throw blanket.

“Don’t be absurd. That would be insane.”

But I am coming unhinged because it’s August and I’m on the empty-nesting countdown.

We’ve had our share of parental highlights, like his baseball tournaments and jazz band concerts. But it’s the little moments that bring on the waves of weepy nostalgia. There was the day when the joy of reading kicked in and he announced, “My brain is exploding! In a good way!” The time he uploaded a video of me warbling a Judy Collins song for the amusement of his friends, but then let me braid his hair into pigtails like Pippi Longstocking. It only cost me five bucks — and just five more to post it on social media.

Those halcyon August afternoons, punting a kickball with so much force it sent our sneakers sailing through the air. It’s August, the backyard is empty, and there are only 336 hours, 20 minutes and 17 seconds left that he will be living under our roof. But who’s counting?

I am mourning the reliability of bake sales, back-to-school nights and that dirty tube sock wedged into the kitchen corner.

Snap out of it, I tell myself. Focus on the forms to fill out, checks to be written and boxes of towels to ship to his college dorm room.

“Don’t take nude photos and upload them to the internet! Neither a borrower nor a lender be!”

I worry about him and all the fledglings that are leaving their nests. He and his peers are coming of age under the specter of domestic terrorism and climate change, and their economic security seems less certain than it was for my generation. For the first time in 130 years, young Americans between the ages of 18 to 34 are more likely to be living in their parents’ home than they are to be living with a spouse or partner in their own household. It might be too soon to turn his bedroom into an Airbnb.

But theirs is also a generation that defies definition. There’s a widely held perception that the ample time they have spent on electronic devices has left them with a deficit of empathy and wisdom. They’re the “iGeneration,” and they’re native to the “The Shallows.” But emerging evidence suggests that their generation is deeply interested in justice and equality. A new study has pointed to 90 percent support of LGBTQ rights among this group already known for being nonjudgmental. And I’ve had a front-row seat to their acts of inclusion and class acceptance, which give me hope.

Take prom night. We parents hovered on the lawn, staking out the best spots to photograph this deliriously diverse posse. A fresh-faced Chinese, Jewish lesbian wrestled with her artisanal mash-up boutonniere, handcrafted by her date’s mother. A wild-haired Athena, flaunting her curves, executed a series of exuberant dance moves. A multiracial same-sex couple intertwined hands as a trio linked arms and compared thrift shop smocks paired with combat boots. Together, they were a compelling example of a society transforming for the better: Some of these seniors are headed for the Ivy League, some to community colleges and others to more uncertain futures. In my own graduating class of 1980, these different strata of students rarely mixed.

Early the next morning, I awoke to a house full of sleeping teenagers. Diego, a faux-rabbit fur cape resting on his shoulders, perused “The Little Book of Big Boobs” in our breakfast nook. He’s a fan of photography and had been poring over our collection of Taschen books.

“Would you like a cup of tea and toast?”

I placed a pot of strawberry jam on the table.

“Do you have a butter knife?” he asked.

I dutifully located one and joined him for breakfast. Diego inquired about my work and listened with interest as I described the life of a freelancer. I suggested he might enjoy the Cindy Sherman exhibit “Imitation of Life” and offered him a ride to the subway. His family lives in a dusty corner of the San Fernando Valley, a train ride and two bus transfers away from our home.

On the way to the station, Diego spoke of his medical school aspirations. He’ll be getting a job and enrolling in a community college while he saves up to transfer to a four-year institution.

“Uh, huh,” he said, with a bit less certainty than he’d mustered only 30 seconds earlier. As I pulled up to the station, he squeezed my hand and made good eye contact just like I always remind my son to do.

O brave new world that has such Lulus and Lucias, Autrys and Alitheas, Reasons and Gifts in it! We are sending our special snowflakes into the world with names as individual as the paths they hope to carve out for themselves. I marveled as Diego, with his fondness for specialized cutlery, disappeared into the crowd. I will miss these singular creatures almost as much as my own singleton.

If you should drive past my home and spot a woman cradling a cat in a rocker, please rest assured, she is not — I repeat, not — trying to breastfeed that cat. That would be ridiculous. Everyone knows that cats’ tongues are like sandpaper, right?

Annabelle Gurwitch is the mother of a Gen Zer and a bestselling author. Her new memoir, "Wherever You Go, There They Are," comes out spring 2017.