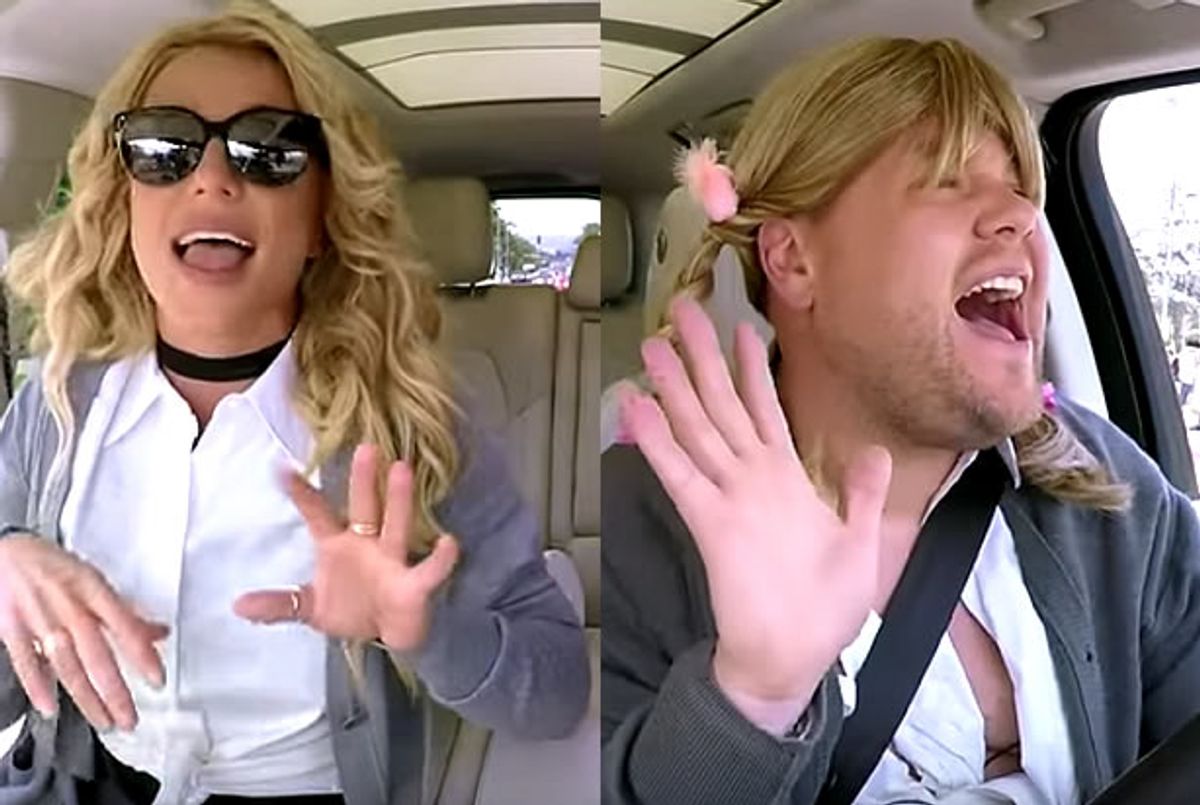 The pair flipped through her songbook, with Corden asking the star a series of questions she initially didn't seem comfortable answering -- beginning with what exactly she'd done again in "Oop!...I Did It Again."

Spears claimed not to know, whereas Corden said the song pops in his head every time he hangs up the phone with Domino's. The two also covered her hits "Toxic" and "Baby One More Time," the latter of which featured Corden dressed in Spears' ironic schoolgirl ensemble.