Trump's foggy vision: Just how do you think America became great in the first place? 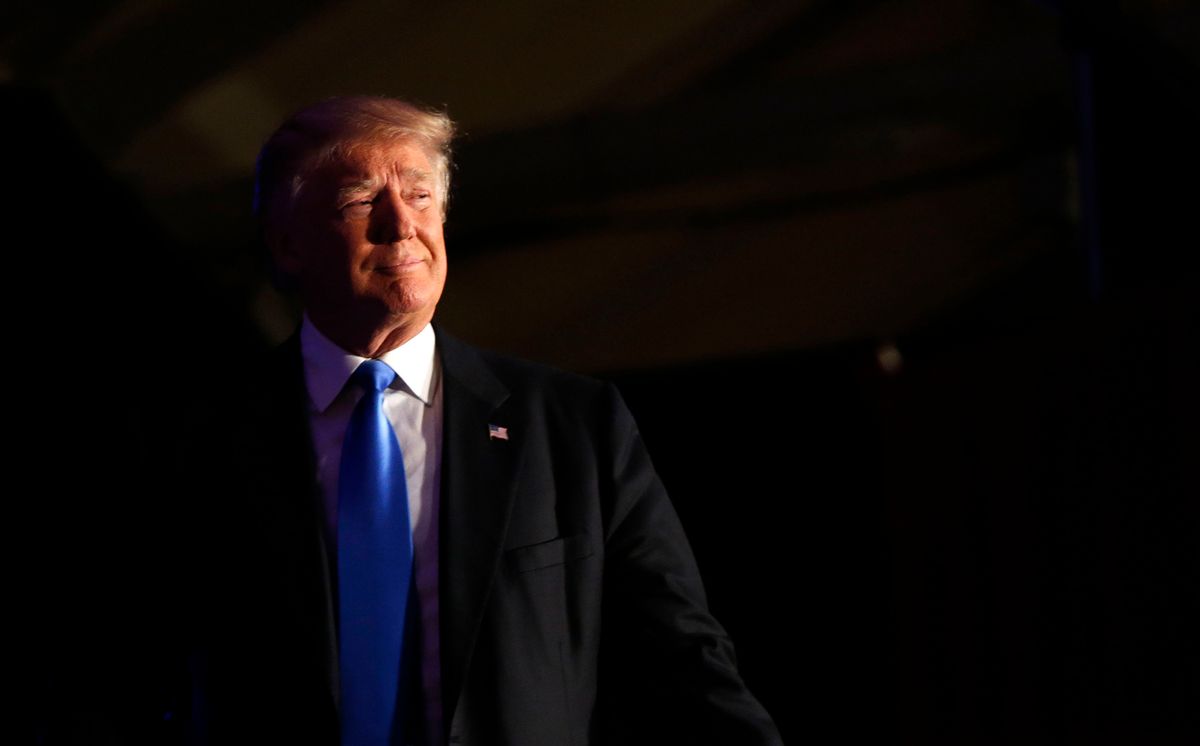 The Death of Uncle Owen and Aunt Beru is one of the most iconic scenes in all cinema. Luke Skywalker, then just a simple farm boy on an irrelevant dustbowl of a planet, returns home to find his family has been executed; burned alive by the Empire. His immediate response is a choice that will eventually affect an entire galaxy long ago, far far away. He decides to join The Rebellion, and becomes (arguably) the greatest Jedi of all time.
***
In the twelfth chapter of the second book of Samuel, the prophet Nathan famously described a scenario to King David, wherein a terrific injustice is done. A man with everything steals the entire means of living from a man with nothing. Enraged, King David immediately decrees that for committing this horrific crime, the perpetrator should die and fourfold restitution should be made. With great courage, Nathan then condemns the King, telling him that he has in fact, committed this atrocity. David is appropriately contrite; mortified when confronted with his own behavior.
***
These two seemingly unrelated scenarios have several things in common: A horribly wronged underdog. A supreme power responsible for committing atrocity. A (rightfully) enflamed sense of justice. An unquenchable sense of moral outrage and righteous indignation.

In these situations, who do you root for? Who are the “good guys”?

Now take a moment, and look at the picture below.

In 1906 at the Massacre of Bud Dajo, soldiers opened fire into a volcanic crater filled with men, women and children. Facing overwhelmingly superior numbers and firepower, 900 people were brutally slaughtered, while defending their freedom.

If you’d survived this carnage — if you’d watched your parents, your children, your siblings, your friends — mowed down by machine gun fire, would you, like Luke Skywalker, vow to spend the rest of your life fighting the empire that killed your family?

In North America, greatness has always come at a terrific cost. On one hand, there are the tens of millions of aboriginal lives taken from the natives of the Americas, for their lands and the plethora of natural resources. Add to this the tens of millions of lives and the indescribable suffering inflicted on Africans forced into chattel slavery. As a new nation seeking to differentiate itself from its European heritage, the United States proudly proclaimed itself to be a place of liberty and freedom; a bastion of the ideology of self-determination.

During the Age of Imperialism, these concepts were entirely uncharted waters. The great nations of Europe made no such claims of righteousness: the right to govern “the inferior” was simply, divine. While unrealistically noble, the Declaration of Independence seemed to — by default — hamstring the new nation’s moral authority to colonize, relegating it to relative obscurity on the world scene.

Great nations simply didn’t ask permission to steal what it took in order to make themselves great.

As the grandson of immigrants, I’ve never questioned the greatness of the United States of America. The wealth, cultural influence and scientific contributions this country has made have changed the world and shaped the past two centuries. This is irrevocable.

Equally immutable is the blood-stained path by which this greatness was achieved, as well as the abject hypocrisy of its stated morals when compared with its actions. There’s nothing more American than the juxtaposition of her romantic ideals against the loathsome reality of her policies. In the infamous words of John Godfrey Saxe, “laws, like sausages, cease to inspire respect in proportion as we know how they are made.”

Cognitive dissonance is described as “the state of having inconsistent thoughts, beliefs or attitudes, especially as relating to behavioral decisions and attitude change.” People in majority groups tend to suffer from (or enjoy, depending on your perspective) a particular kind of collective delusion. Like the emperor’s new clothes, people are willing to ignore abominable moral offenses, so long as they benefit from (or at least aren’t harmed by) the results.

The need — and ability — to justify unconscionable actions, all while professing righteousness is deep in the DNA of the United States.

In the 1800s, concepts like Manifest Destiny (a direct ancestor of the Divine Right of Kings) and Social Darwinism (a now entirely debunked theory that claimed racial biological superiority) were used to justify egregious atrocities against brown peoples. South and Central America became to the United States what Africa had been to Europe: entire continents that existed only to be divvied up by genetically superior beings, to the “benefit” of the savages that occupied those spaces. Civility and religion would be exchanged for limitless natural resources. Liberty and freedom would be forced upon sovereign nations deemed incapable of governing themselves.

In the immortal words of Theodore Roosevelt, “all the great and masterful races have been fighting races. No triumph of peace is quite so great as the supreme triumphs of war. Diplomacy is utterly useless when there’s not force behind it.”

It’s important to acknowledge that, at the height of American Imperialism, “good folks” entirely embraced these beliefs. I’m on record as saying that concepts of goodness are relative to adjacent periods of time. In the United States, there has always been a struggle for national identity between our professed ideals and our national interests. It is an incredible feat of intellectual and moral gymnastics to — in your founding documents — declare inalienable human rights, while simultaneously denying said rights to humans who don’t look like you. During what’s referred to in American history books (where it still appears) as the Filipino Insurrection — otherwise known as the natives of the Philippine islands exerting their right to rule themselves — General Jacob H. Smith’s is notoriously remembered for his order to “kill everyone over ten [years old].” General Shafter was known to have said "it might be necessary to kill half the native population in order to bring perfect justice to the surviving half.” In his attempt to justify conquest by doing good for the conquered, then President McKinley remarked “it is not a good time for the liberator to submit important questions concerning liberty and government to the liberated while they’re engaged in shooting down their rescuers.”

What you just read is an incredibly abridged version of a single instance of American imperialism. This doesn’t address the concentration camps, or water torture, or rape culture, or all of the other places the United States sanctioned this kind of behavior in order to “secure the blessings of liberty.” It doesn’t talk about how this kind of behavior was idolized by our presidents, the giants who now adorn the face of Mount Rushmore, and how they set the emotional tone for the nation. It doesn’t talk about the 800 military bases the United States currently maintains around the world or how the rest of the world feels about our capacity for drone strikes.

It’s the fetishization of the culture of imperialism that’s the subtext beneath the desire to “make america great again.”

When I — and folks of color — hear the phrase “Make America Great Again” — we know intrinsically this does not express a desire to live up to the noble (if unrealistic) ideals of the founding fathers. It doesn’t express a desire to return America to some lost greatness, as much as it yearns for a return to the heinous process by which this country became great.

Which process in light of current day harkens back to war crimes no longer justifiable by 21st century standards of morality.

It is impossible to deny the very real feelings of those who believe they are “losing their country.” It’s easy to understand the (misplaced) nostalgia that permeates the memories of a time when there was no shame in cruelly dominating people who were “liberated” against their will. Much like King David, we have an historic opportunity to collectively look in the mirror and come to terms with who we are, who we have been and who we want to be.

It’s only after we admit our history that we can decide if we want to continue the March of Progress, living up to our professed ideals or abandoning them to dissimulation.