Hillary's hate hypocrisy: She denounces the alt-right while enabling the human rights travesty that is Iran

Why did Hillary enrich Iran? A nation that backs regimes of hate, misogyny and theocracy 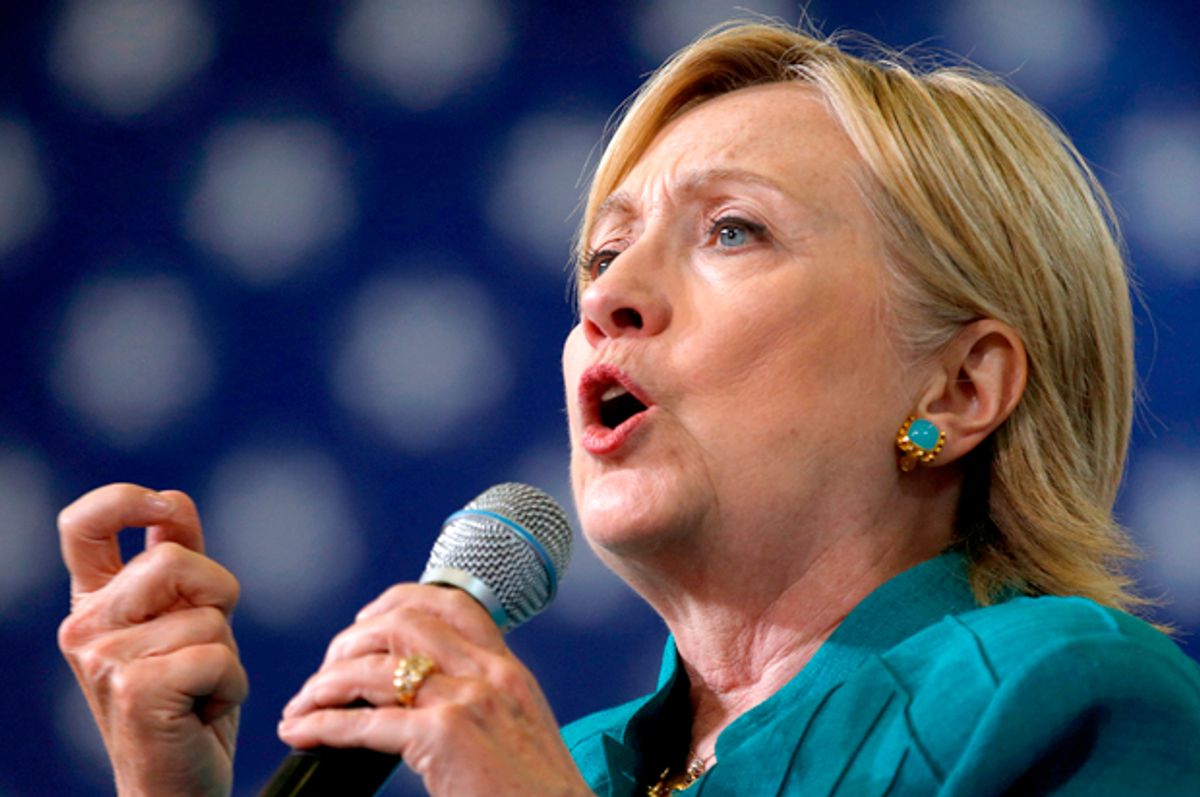 Donald Trump’s elevation of Stephen Bannon to top campaign executive is a deplorable legitimization of an alt-right champion. Hillary Clinton was correct last week when she denounced the alt-right’s vile, disturbing love for white nationalism and anti-Semitism, though her use of the bully pulpit may not have been the wisest. By naming the group and giving it further publicity, her speech in some ways also legitimized its hate by giving free, earned media — which is why alt-right leaders rejoiced with glee during and following her speech. They were pleased such a prominent figure would generate a spike in searches for their band, and if there’s one thing Trump has illustrated is the power of publicity, positive or negative.

Even more disturbing is Clinton’s hypocrisy on hate. Even as she denounced the alt-right’s hate mongering, as secretary of state she laid the groundwork to enable Iran, the biggest state-sponsor of hate, to line its pockets to expand its terrorist operations and anti-Semitic intentions. Iran is a major player in backing regimes of hate, misogyny and theocracy, from Hamas to Hezbollah and Syria. The State Department itself reports on on how Iran has been unwilling to identify and bring to justice senior al-Qaida members in its custody. Iranian-backed groups operating in Iraq have exacerbated sectarian tensions in Iraq and contributed to human rights abuses, primarily against Sunni civilians.

It was under Clinton’s watch that the diplomatic negotiations with Iran began, culminating in a deal that undermined Congressional oversight and led to Iranian zealots rejoicing in the street. Clinton touted the Iranian nuclear deal during her Democratic nomination acceptance speech in Philadelphia, yet this is a flawed deal which the Iranians have already begun to flout — something that we already knew would happen prior to signing. Clinton should not be president based on this Iran deal alone.

Just last week, the State Department issued a travel warning regarding Iran, highlighting “the risk of arrest and detention of U.S. citizens.” This comes shortly after it was revealed that John Kirby, a State Department spokesman, admitted that a $400 million payment was contingent on the release of four American citizens but denied allegations it was a ransom payment. The travel warning by the Obama administration is incentivizing further kidnappings.

But the Obama administration doesn't seem to care about preventing the spread of hate, otherwise it wouldn’t have allowed for lifting sanctions that enriched Supreme Leader Ali Khamenei and his henchmen in the Islamic Revolutionary Guard Corps. As Jay Solomon reports in the Wall Street Journal, the Obama administration had hoped that the nuclear deal would boost Iran’s moderates, but after more than a year since fruition, Khamenei and his allies seem to be the big winners. Just as a bipartisan congressional coalition warned, Khamenei has moved to solidify their hold, with new post-sanction capital inflows enabling an expanded Iranian military, continued testing of ballistic missiles. All the while, the Khamenei regime steps up arrests of opposition leaders and political activists.

Yet Clinton has forgotten this creed by enabling the bankrolling of an Iranian regime that treats women as second-class chattel, that discriminates against women on matters of marriage, divorce, and child custody, that forces women to wear the hijab, that requires women to obtain their husband’s permission before leaving the country, that jails women for publicly speaking out in favor of equal rights.

That Clinton showed no moral courage or moral clarity, no sense of history or vision in this Iranian deal (nor in the 2009 Iranian popular uprising that held so much promise to overthrow the despot Khamenei) illustrates why so many independent or GOP-leaning voters can't muster enthusiasm for a woman who seems to consistently put her own political ambition ahead of the common good. The latest revelations on the pay-to-play scheme with the Clinton Foundation donors’ special access to the State Department is the latest driver of public skepticism over Clinton’s integrity and transparency.

Should Clinton win the presidency, her hate hypocrisy, along with other U.S. leaders like Barack Obama and John Kerry, will be difficult to undo. The first step toward recovery, of course, is recognition.