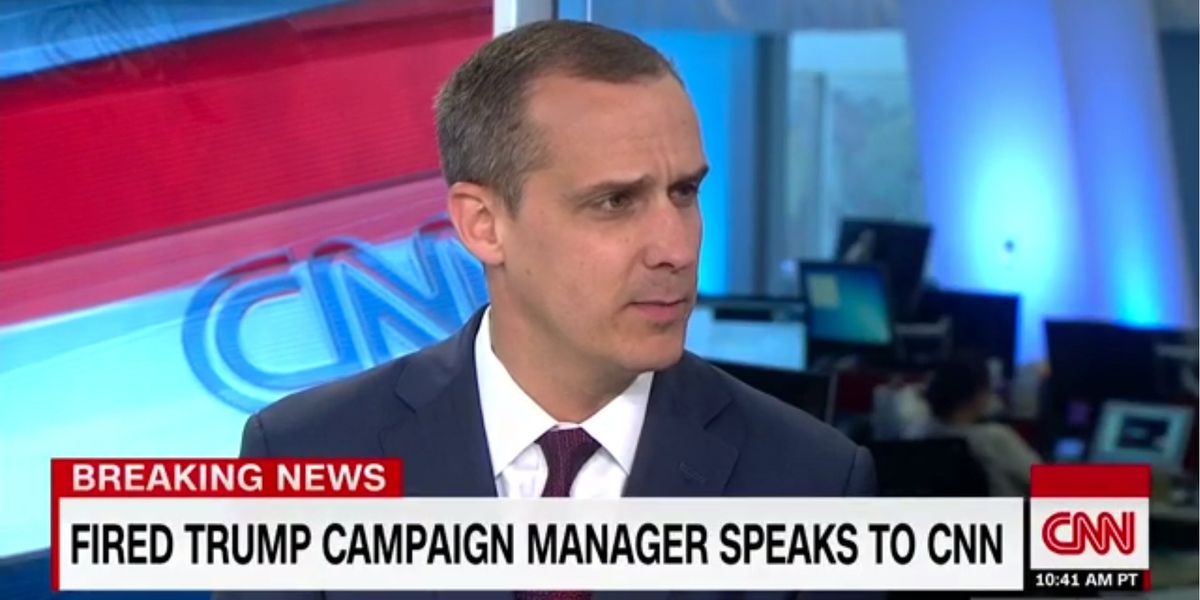 In late June, Donald Trump's controversial first campaign manager, Corey Lewandowski, was escorted out of Trump Tower by a security detail after being fired, not for his manhandling of a female reporter or his history of making abusive, sexist, and sexual remarks to his female coworkers, but amidst the first of Trump's many panics in the face of plummeting poll numbers post the Republican primary.

Three days after being pushed out of the campaign in favor of Trump's second manager, Paul Manafort, Lewandowski was scooped up by CNN as the cable news network's newest political commentator at the reported basement bargain price of $500,000. Only weeks later, CNN hosts were forced to note on-air that Lewandowski was “still receiving severance from the Trump campaign.” Lewandowski received his normal $20,000 monthly consulting fee as late as July 6, according to Federal Election Commission reports.

Now, a new report from ABC News suggests that “Lewandowski is back in the fold,” after the hiring of Trump's third campaign manger in as many months:

Each day, Trump wakes up, usually in his Fifth Avenue penthouse, and has a routine round of phone calls, sources say, including calls with his campaign leadership (which has changed in recent weeks), his children, some close allies and, quite frequently, Lewandowski.

One senior level campaign staffer told ABC News that Trump and Lewandowski "talk almost every day," describing their relationship as “stronger than ever.”

“He’s more involved than anyone realizes.”

As Trump arrived in Manchester, New Hampshire, for a rally a week ago, he stepped out of his motorcade and was greeted Lewandoswki, Yahoo News reported. As he departed, Trump was reportedly escorted all the way to his vehicle by Lewandowski. The GOP nominee then invited the CNN pundit to hop in for the ride to the airport, according to several sources. He declined.

The former campaign manager, a New Hampshire resident, also nominated his former boss on behalf of the New Hampshire delegation at the Republican National Convention in July.