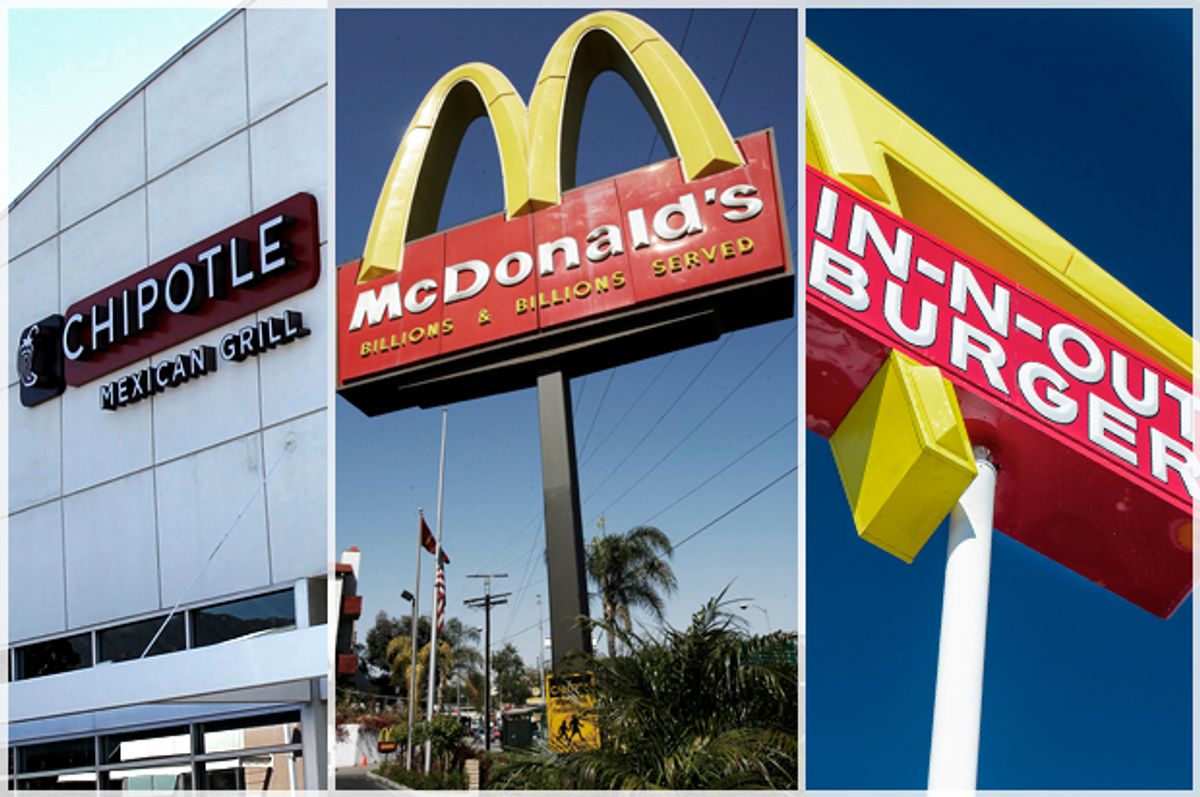 According to a survery by Frisch's Restaurants Inc. -- the Cincinnati-based company that operates Big Boy Restaurants -- the greatest threat to the future employment of fast-food workers won't be a minimum wage hike, but the simple fact that millennials "don't feel like dealing with people."

In the survey, nearly 31 percent of millennials said that the reason they use the drive-thru isn't speed or convenience, but because doing so requires the least amount of actual human interaction. Such a tendency will, no doubt, encourage companies to further automate the fast-food purchasing process. In many airports, for example, orders are already placed in kiosks, paid by credit card in the kiosk, and picked up at the counter.

For the moment, the food is delivered by a human being -- but it's not difficult to imagine a time in which the same job couldn't be performed by a none-too-high-tech robot of some sort. If nothing else, surveys such as this one will encourage companies to find ways to phase out employees.

Which is exactly what Andy Puzder, CEO of Hardee's and Carl's Jr., told Business Insider. "Millennials like not seeing people," he said.

"I've been inside restaurants where we've installed ordering kiosks ... and I've actually seen young people waiting in line to use the kiosk where there's a person standing behind the counter, waiting on nobody."

CORRECTION: This article initially concluded that "Pudzer added that his goal is open fully automated restaurants that require no human employees," a statement made based on the Business Insider story. However, Salon has since learned that Pudzer did not say that to Business Insider, so it has been removed.