Ryan Lochte’s redemption tango: Can "Dancing With the Stars" turn "America's idiot sea cow" back into a hero? 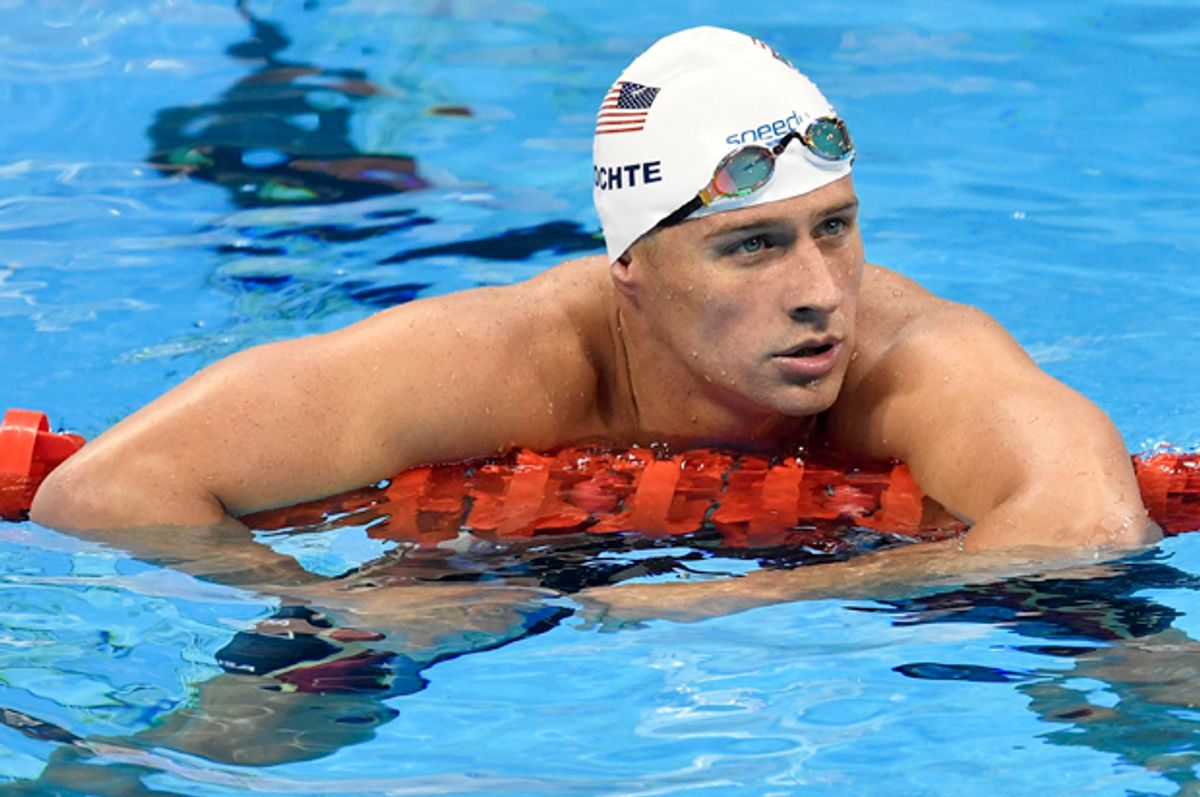 Hollywood is full of roads to redemption for those who have committed the most egregious of sins. For many, the journey can be twisted and rocky and tends to involve a fair amount of time spent away from the klieg lights of celebrity.

That is, unless that person happens to be U.S. Olympic swimmer Ryan Lochte. As of Tuesday morning, Lochte is officially a contender on Season 23 of the hit reality competition “Dancing with the Stars.” He’ll be hoofing it alongside 12 more beloved celebrities, including Maureen McCormick, aka Marcia Brady; Marilu Henner, who unlike Lochte has a highly superior autobiographical memory; model (and Kardashian-adjacent personality) Amber Rose; Kenny “Babyface” Edmonds, and interestingly enough, another U.S. Olympian, gymnast Laurie Hernandez.

Lochte’s dancing partner is Cheryl Burke, who has previously been paired with Antonio Sabàto Jr., an actor lately known for his roles in direct to DVD films and who recently opined at the GOP convention that Obama is a Muslim, and Tom DeLay, the former congressman who was indicted for money laundering. We’re just going to leave that one right there.

Reports of Lochte’s participation began circulating last week, but that was before the news broke that Brazilian authorities were charging the athlete with falsely reporting a crime during the Olympics in Rio de Janeiro.  This was the result of his having “overexaggerated” allegations of being held at gunpoint along with three other U.S. swimmers and robbed by a man impersonating a police officer.

Reasonable human beings would not be out of line for thinking that ABC may have had second thoughts about incorporating the 32-year-old Lochte into the 23rd season of its highest-rated series, especially given the extent to which his behavior cast a shadow over U.S. participation in this summer’s Games. Ralph Lauren and Speedo thought better of continuing to associate with him; both nixed their endorsement deals.

Never mind all that: ABC is moving ahead with its decision and why not? Lochte, whose actions inspired HBO's late-night host John Oliver to dub him “America’s idiot sea cow,” is the second most decorated male Olympic swimmer of all time after Michael Phelps. “Dancing with the Stars” loves its Olympians: Gymnast Shawn Johnson, ice dancer Meryl Davis, figure skater Kristi Yamaguchi and speed skater Apolo Anton Ohno each won their respective “Dancing” seasons.

This season features two Olympians, and it's nice to see Hernandez get a shot at prime-time glory in a different setting. Nevertheless, a person may wonder why ABC went with Lochte as this season's second Olympic contender as opposed to anyone else who honorably represented the United States in Rio.

Part of the answer lies in the unstated role of “Dancing with the Stars”: It grants faded celebrities a shot at redemption with the public. Mind you, most “Dancing” competitors don’t need to salvage their reputations. Rather, they have been asked because they’re beloved by fans, are representatives of pop culture nostalgia or their careers could use a jumpstart.

Plus, every “Dancing” roster includes a few contenders who raise eyebrows. Past rounds have featured such polarizing figures as Paula Deen, Nancy Grace and Bristol Palin, but none of them competed while facing criminal charges in a foreign country.

Therefore, the controversial swimmer's current notoriety makes him the perfect heel in a season that will also feature Vanilla Ice, who has restyled himself as a home-improvement host, and former Texas Gov. Rick Perry, whose shattered presidential hopes link the fall premiere of "Dancing" to the election cycle.

In the end, Lochte's odds of going the distance will be up to viewers. Historically athletes have done well on “Dancing with the Stars,” but its victors tend to be experts in executing a perfect tango that pairs demonstrable charisma with physical skill. Lochte already suffers from a serious deficit in one of those areas, which portends that redemption may not be on his dance card.