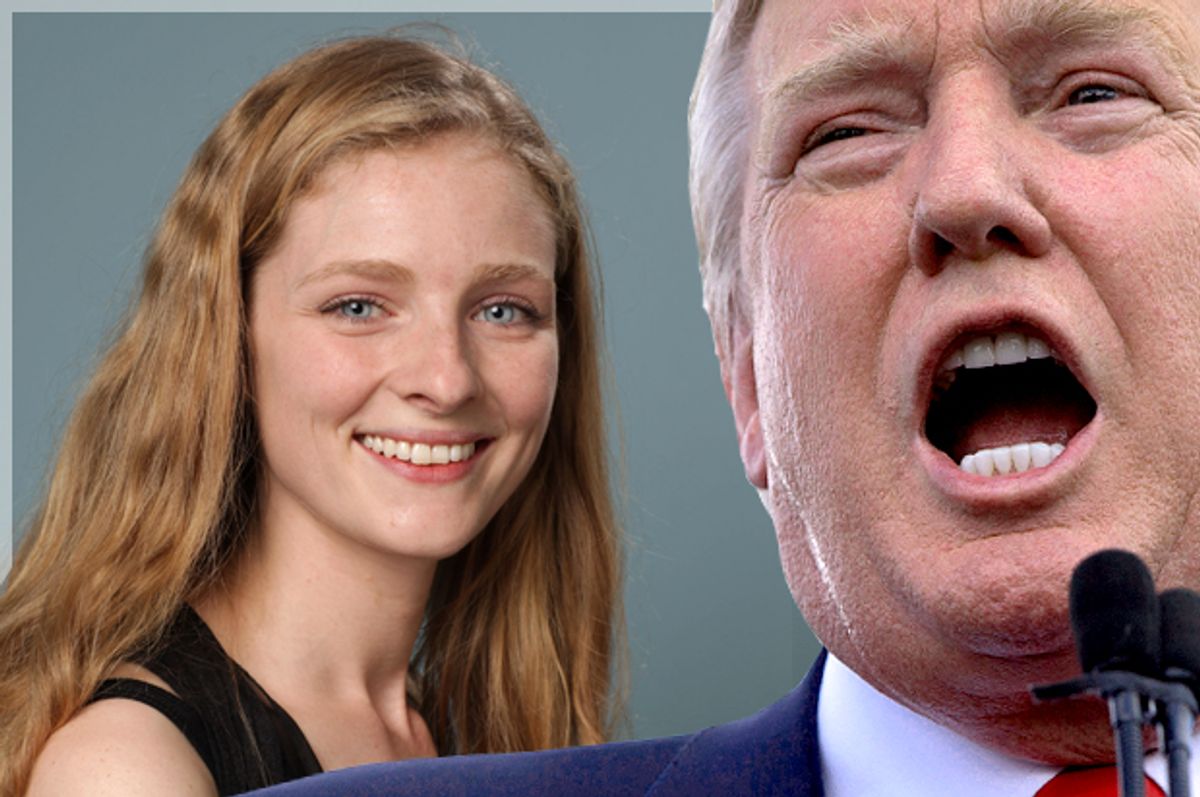 Three former models who worked for Donald Trump's modeling agency say that the GOP nominee's company regularly broke immigration laws by getting them into the U.S. and having them do work without obtaining proper visas.

According to an explosive new exposé from Mother Jones, Tump Model Management, the modeling agency which was founded by the GOP nominee in 1999, was a scam operation that employed undocumented models, paid meager salaries and forced its models into in "sweatshop"-like conditions.

"[Trump] doesn't want to let anyone into the U.S. anymore," one model, identified by the pseudonym "Kate," told Mother Jones. "Meanwhile, behind everyone's back, he's bringing in all of these girls from all over the world and they're working illegally."

"Kate" and another unnamed model said they never received work visas through Trump Model Management. One woman claims she worked in New York for three months in 2009 for Trump's agency without a work permit:

Each of the three former Trump models said she arrived in New York with dreams of making it big in one of the world's most competitive fashion markets. But without work visas, they lived in constant fear of getting caught.

“I was there illegally,” one model, identified by the pseudonym "Anna," revealed. “I was pretty on edge most of the time I was there.”

Both "Anna" and "Kate" said Trump Model Management "encouraged them to purposely deceive Customs officials about why they were visiting the United States and to lie about their intended place of stay," according to Mother Jones.

"If they ask you any questions, you're just here for meetings,” one model said an agency representative told her.

Rachel Blais, another one of the models, told Mother Jones that she began working for Trump Model Management in March 2004. According to financial documents and a letter from an immigration attorney cited in the report, the Canadian model did not secure a work visa until six months later, although she appeared as a model on episodes of Trump’s reality show "The Apprentice" before securing the work permit.

While Blais eventually got a work visa, both "Anna" and "Kate" eventually left the country -- but not before Trump Model Management pressured them into churning through their earnings by forcing them to live in expensive Manhattan apartments, often under cramped conditions.

“We’re hoarded into these small spaces,” "Kate" told Mother Jones. “The apartment was like a sweatshop.”

"I was by far the oldest in the house at the ripe old age of 18," Anna added.

“I only got one check from Trump Models, and that’s when I left them,” another model claimed, describing her working conditions at Trump's agency as "like modern-day slavery.”

“I got $8,000 at most after having worked there for three years and having made tens of thousands of dollars."

This comes after a Jamaican model said she “felt like a slave” in a lawsuit against Trump's agency, alleging that business violated labor and immigration laws and lied in a H1-B visa application about her salary. Her lawsuit was dismissed earlier this year after the judge found that the model had not exhausted all her options with the Department of Labor or state court before filing the suit.

Trump has since made his opposition to the H1-B visa a centerpiece in his tough on immigration campaign platform.

"The H-1B program is neither high-skilled nor immigration: These are temporary foreign workers, imported from abroad, for the explicit purpose of substituting for American workers at lower pay," Trump said in a March 3 statement still on his campaign website. "I remain totally committed to eliminating rampant, widespread H-1B abuse. I will end forever the use of the H-1B as a cheap labor program, and institute an absolute requirement to hire American workers for every visa and immigration program. No exceptions."

To Trump's credit, however, Susan Scafidi, founder of the Fashion Law Institute in New York, told Mother Jones that Trump's alleged practice of skirting the immigration rules for models is "very common" in the industry.

"Honestly, they are the most crooked agency I've ever worked for, and I've worked for quite a few," one model said of Trump Model Management.

"He doesn't like the face of a Mexican or a Muslim," another noted, identifying the source of the discrepancy in Trump's apparent new stance on undocumented immigration. "But because these models are beautiful girls, it's okay? He's such a hypocrite."