After so many contradictions and reversals, Trump's upcoming immigration speech likely won't provide much clarity 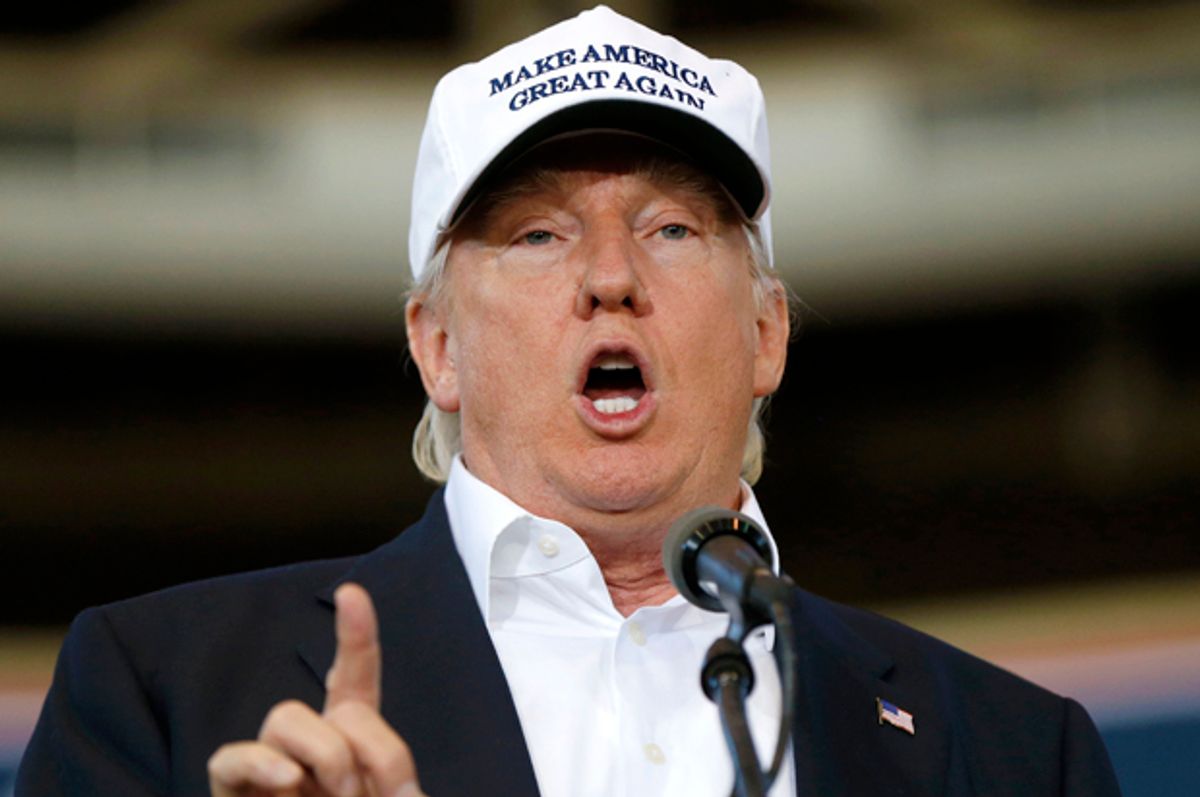 No one seems to know what Donald Trump’s position on immigration is anymore. That’s a bit of an imprecise assessment, as his position was never really fleshed out to any great detail beyond “build a wall” and “get tough.” But Trump (in concert with his campaign staff and advisers) has done much of late to further obscure his already uncertain position, which he's ostensibly planning to flesh out in a big speech in Arizona on Wednesday.

Much of the recent analysis of Trump’s immigration maneuvering puts forward the idea that Trump is “softening” on the issue, which is true in the sense that he no longer speaks quite so openly about pursuing a flagrantly illegal and unconstitutional enforcement policy that would create a massive humanitarian disaster. A year ago, Trump’s stated position on deportations was that he would deport all undocumented immigrants and their family members, even if these people were U.S. citizens by birth. (He based this on an exotic and tendentious reading of the 14th Amendment that would, in Trump’s view, negate claims to birthright citizenship.) That was the sort of hardline posturing that endeared him to the Republican primary electorate and helped him sink candidates like Sen. Ted Cruz, whose own immigration extremism just couldn’t keep pace with Trump’s.

Now with the general election a scant two months away, Trump’s immigration position is under scrutiny as a result of some contradictory statements emanating from his campaign. Trump told Fox News host Sean Hannity that he was open to “softening” on immigration while also still being “aggressive” in the application of deportation laws. The candidate floated the idea of a “touch back” policy (undocumented immigrants who are deported can re-enter and be put on a path to legalization) while his campaign manager definitely ruled out that option. On birthright citizenship, Republican vice presidential nominee Mike Pence said on CNN this past weekend, “The whole question of anchor babies, as it's known, the whole question of citizenship, of natural-born Americans is a subject for the future.” And after briefly expressing openness about “softening” on immigration, Trump reversed himself a few days later and suggested that he was actually “hardening” his stance.

Perhaps Trump has come to the (belated) realization that the general electorate doesn’t have the same appetite for immigrant bashing that Republican primary voters do, and he’s trying to deliberately sow confusion so that voters can simply pick and choose which statements they want to believe. Either that or his campaign is fantastically inept and confusion is the by-product of good old-fashioned incompetence. (With the Trump campaign, incompetence is usually a stronger bet than strategic guile.) Whatever the explanation, Trump’s muddling of his stand on immigration has left policy experts unconvinced that he’s moderating and they are clamoring for something resembling clarity.

“We haven’t really seen much change at all,” said Jacinta Ma of the National Immigration Forum Action Fund. “We would really just like [Trump] to be more clear about the immigration policies that he’s talking about.” With Trump’s big immigration speech in Arizona set for later this week, Ma said, “The expectation should be that, as president, he should be able to articulate the policies in a clear manner so that we understand what . . . he wants to do in terms of the direction of the country as it relates to immigration policy.”

Other experts aren’t so sure that such clarity is even possible at this point, given how deeply Trump has dug himself into the anti-immigrant hole. “A lot of what [Trump] is saying is either completely wrong or completely contradictory,” said Ben Johnson of the American Immigration Lawyers Association. “I don’t see a way out for him on this issue unless he makes a really significant, clear change in [his] policy position because so much of the language he’s been using so far has just been unworkable and broadly opposed by the majority of the American people. I don’t know how he undoes that.”

Based on conversations I’ve had with Trump supporters, the Republican nominee should have a bit of wiggle room when it comes to his die-hard fans, since the aspect of his immigration policy that they seem to care about the most is building “the wall.” I’ve had pro-Trump people tell me they sympathize with undocumented immigrants who are already in the country and leading productive lives but a wall must be constructed to stop new immigrants from crossing the border. So if sticks to his guns about his plans to build a 20- , 30- or 40-foot wall along the southern border, he might be able to ratchet back a few of his other more draconian ideas without angering too many individuals in his base.

But those hardliners are already in his corner. His articulation of slightly more moderate rhetoric or making minor tweaks to his policy platform aren’t going to help him much at this point, as he’s been running for 14 months now as a anti-immigrant, “law and order” candidate. So even if Trump has it in mind to moderate his views ahead of Election Day, it’s way too late for this to make any sort of difference.