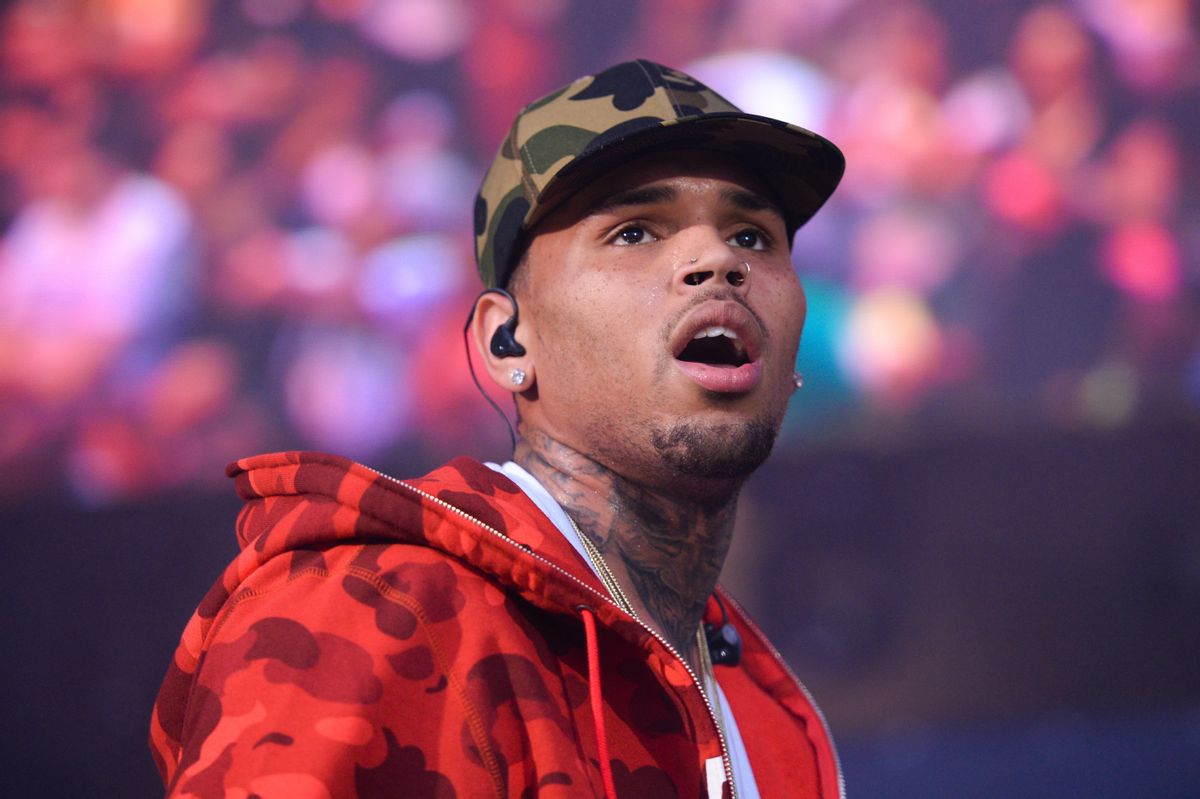 Singer Chris Brown was arrested after a slow-motion, captured-on-Instragram stand-off with members of the Los Angeles Police Department on Tuesday.

A woman named Baylee Curran claimed that Brown threatened her early Thursday morning with a deadly weapon. Curran told E! News that she was admiring the diamond watches one of Brown's friends was selling, when she was accused of "touch[ing]" or "grab[bing]" the jewelry. The situation quickly escalated, she said, until Brown pulled a gun on her and shouted "Get the fuck out!"

When police arrived at Brown's home to question him, he refused. Instead, he posted videos of himself haranguing police on Instagram.

When he finally surrendered himself later that afternoon, he was arrested on suspicion of assault with a deadly weapon. Brown's friend Ray J, who was there at the time of the incident, professed the singer's innocence in a video.

"I'm not happy with how things are handled and how people can take a false story and blow it up into something way more than what it should be," he said.

Brown was released on $250,000 bail late yesterday, and according to his lawyer is doing "well":