Donald Trump after meeting with Peña Nieto: "I happen to have a tremendous feeling for Mexican-Americans" 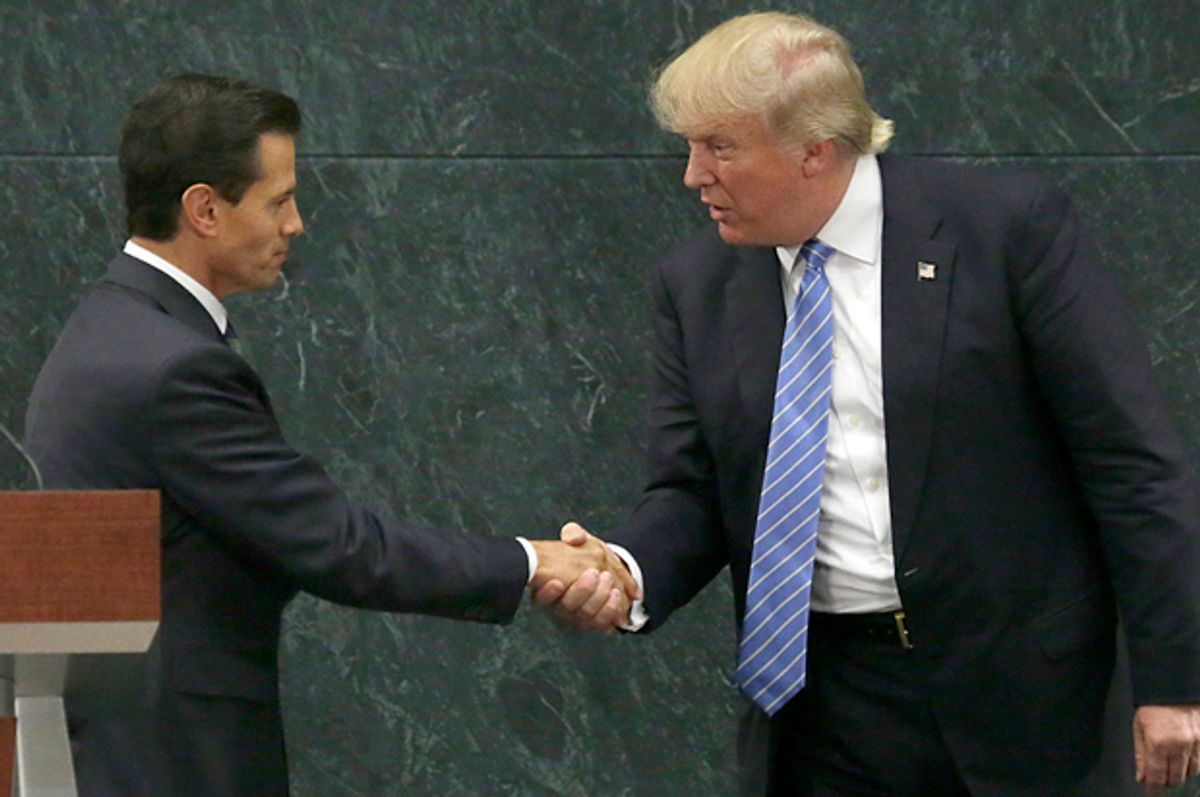 "We had a very substantive, direct, and constructive exchange of ideas over quite a period of time," Trump said. The U.S. and Mexico "are united by our support of democracy, a great love for our people and the contributions of millions of Mexican-Americans to the United States. And I happen to have a tremendous feeling for Mexican-Americans."

Whether genuine or not, Trump on Wednesday diverged heavily from his hard-line primary rhetoric — about deporting 11 million illegal immigrants — and laid out a five-point plan for a hemispheric approach to U.S. relations with Mexico.

Trump called illegal immigration — from Central and South America to the U.S. — a "humanitarian disaster" for "the extreme physical dangers" that the "trek" poses.

"Having a secure border is a sovereign right and mutually beneficial," he argued before alluding to his proposed wall along the southern border of the United States: "We recognize and respect the right of either country to build a physical barrier or wall on any of its borders to stop the illegal movement of people, drugs and weapons."

As for his previous promises to supporters that the Mexican government would for whatever reason pay for said wall, Trump said, "We didn't discuss that."

Beyond his discussion of immigration policy, the real estate mogul recommended "improving NAFTA," a Bill Clinton-era globalized trade policy that Trump said ought to be "updated to reflect the realities of today."

"There are many improvements that could be made that would make both Mexico and the United States stronger and keep industry in our hemisphere," Trump said, warning of "tremendous competition" from the Eastern Hemisphere. "Improving pay standards and working conditions will create better results for all."

"I call you a friend," Trump told Peña Nieto at the conclusion of his written speech before taking questions from the press.