Mel Brooks mourns Gene Wilder on "The Tonight Show": "He was such a wonderful part of my life"

"I expected he would go, but when it happens, it's still tremendous, a big shock," he said 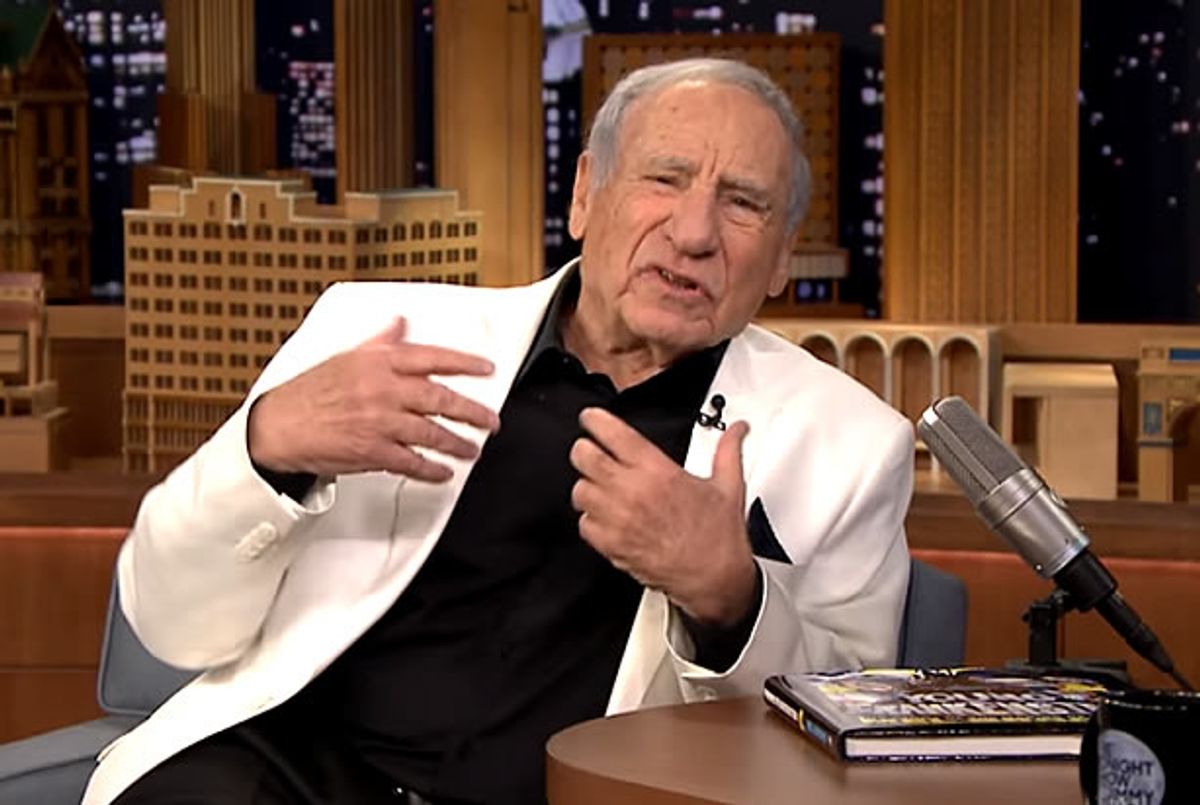 Mel Brooks appeared on "The Tonight Show Starring Jimmy Fallon" and mourned the loss of his friend and long-time collaborator, Gene Wilder, telling the host that "he was sick, and I knew it, and he was such a dear friend. I expected that he would go, but when it happens, it's still tremendous, it's a big shock. I'm still reeling from ... no more Gene. I can't call him. He was such a wonderful part of my life."

Fallon asked Brooks about the first time he met Wilder. "I met him when my late wife Anne Bancroft was doing 'Mother Courage,' a Bertolt Brecht play, and Gene was in it," Brooks began.

"He was the chaplain. He came backstage, and I got to know him a little bit. The chaplain is a great part -- it's sad and funny, it's touching, and it can be amusing. So he said, 'Why are they always laughing at me?' I said, 'Look in the mirror -- blame it on God!'"

He recalled the first time he told Wilder about "The Producers." According to Brooks, Wilder said, "when you get the money. You're doing a play about two Jews who are producing a flop instead of a hit, knowing they can make more money with a flop. And the big number in it is 'Springtime for Hitler.' Yeah, you're gonna get the money!"

When Brooks approached Wilder to inform him that he had, in fact, gotten the money, and that he would be playing "Leo Bloom," Wilder "burst into tears and held his face and cried. And then I hugged him. It was a wonderful moment."