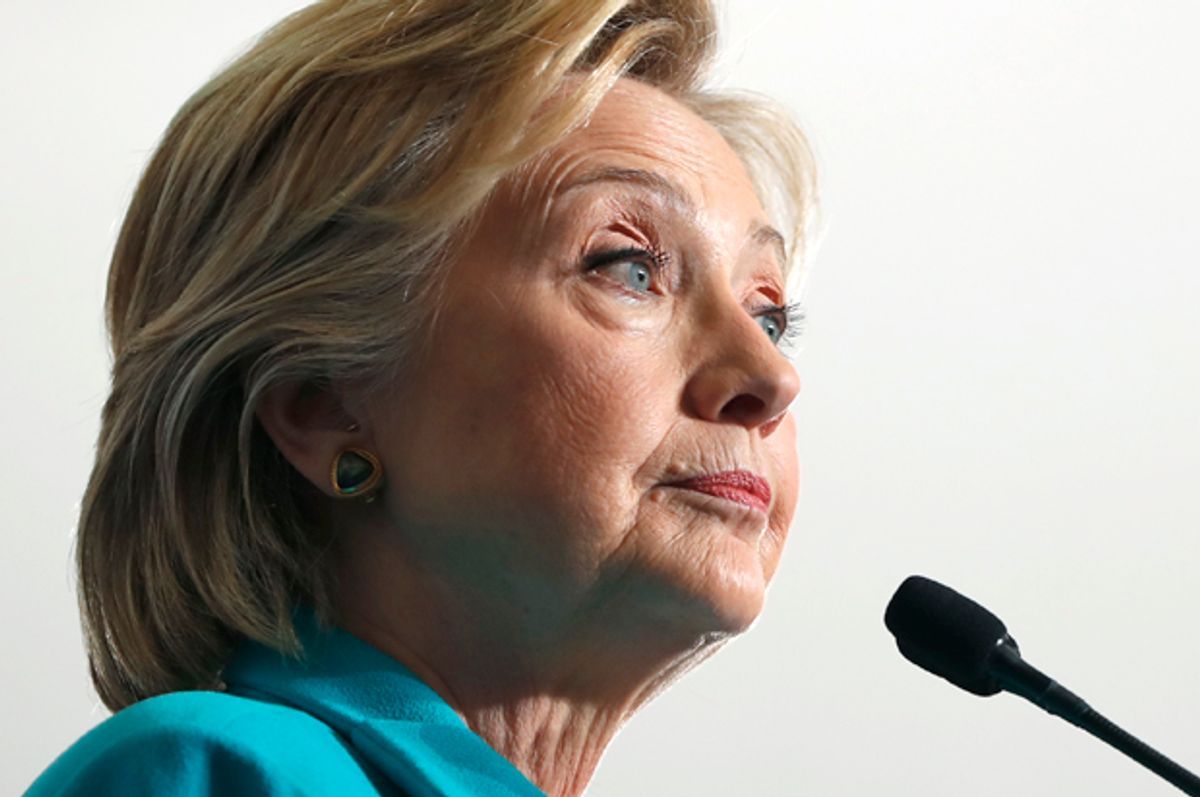 As a medical doctor, I am troubled by Donald Trump. He adores fast food with few compunctions and gleefully posts the images of his gastric conquests on social media. The junk-food connoisseur appropriately celebrated the Republican presidential nomination with McDonald’s and once praised the fast-food chain’s virtues on CNN: “The Big Macs are great. The Quarter Pounder. It’s great stuff.”

Yet his body and health are apparently impervious to the pernicious effects of processed foods and their excessive carbohydrates and salt. Dr. Harold N. Bornstein, Trump’s personal physician, fittingly noted in Trumpian hyperbole that the Republican presidential candidate’s health was “astonishingly excellent” and he would thus be the “healthiest individual ever elected to the presidency.” Dr. Bornstein’s bombastic medical letter, which he wrote anxiously in about five minutes to make the campaign happy, confirmed for supporters that Trump is a paragon of health whose orange skin tone is mysteriously normal.

And now desperate to capitalize on this perceived advantage in the midst of a floundering campaign, Trump, his surrogates and the right-wing media have found a new frontier for their conspiracy theories and insinuations: Hillary Clinton’s health.

The far-right wing has seen an unprecedented rise of quacks in their ranks recently, with many of them eager to medically diagnose Democratic presidential nominee Hillary Clinton from their computers and television sets. Despite her possessing an intellect that has even been praised by the likes of Senate Majority Leader Mitch McConnell, concerns about Clinton’s mental faculties began to emerge in 2014 when Karl Rove speculated that she had suffered permanent brain damage after a concussion in December 2012, days prior to her scheduled testimony on Capitol Hill about the Benghazi terror attack.

During an appearance on MSNBC on Aug. 18, the Trump campaign’s national spokeswoman, Katrina Pierson, contributed to this discussion and baselessly diagnosed Clinton with dysphasia, an impairment in the ability to speak or comprehend speech most commonly due to a stroke. Fox News’ Sean Hannity convened on prime time a weeklong panel of medical experts — the Fox News Medical A-Team — to provide insight about whether Clinton is afflicted with a seizure disorder based on video footage of her coughing or displaying exaggerated head movements at campaign events.

The most “incriminating” clip being peddled from June shows Clinton smiling and vigorously shaking her head as she takes questions from reporters. Little does Dr. Hannity know that individuals do not smile and stand straight during seizures and, most important, they do not resume normal activity as soon as an episode is over — as Clinton did.

In addition, photos and falsified medical documents being circulated on the internet (but debunked by Politifact) add concerns about physical disability, significant heart disease and dementia. With all this simmering, there was thus little surprise when Donald Trump chimed in on Clinton’s health at a rally recently and said, "Honestly, I don't think she's all there.”

The known health information available about Hillary Clinton comes from her personal physician, Dr. Lisa Bardack. Clinton's medical history includes an underactive thyroid (hypothyroidism) and blood clots (venous thrombosis), both commonly found in the United States. One of the most obvious manifestations of an insufficiently functioning thyroid is excessive fatigue, which is easily refuted by Clinton’s relentless campaigning and recent work as secretary of state.

A lack of stamina is clearly not a concern here and her thyroid replacement medication, Armour Thyroid, appears to be working just fine. Coumadin, which is her blood-thinning medication, is commonly used to prevent blood clots. Her normal blood pressure and cholesterol levels, active lifestyle and absence of smoking show she has low risk factors for heart and cardiovascular disease other than her age — a risk factor that Donald Trump also shares since he's 70.

Clinton, however, does not share Trump’s predilection for conspiracy theories. And Donald Trump likes a conspiracy. He has floated ideas about President Barack Obama’s birth, childhood vaccines and autism, Muslims celebrating in New Jersey after 9/11 and the dangers of Mexican immigrants and refugees as rapists, murderers and terrorists. Often he will utter only four words: “There’s something going on.”

These conspiracies are fodder for Trump’s rapacious acolytes, who readily believe in them because they feel an absence of control in their lives. A poll conducted in May by Fairleigh University found that 70 percent of Trump supporters believed at least one of six political conspiracy theories presented to them was “definitely true.” The conversation about Clinton’s health is likely to gain traction only with the crowd who has believed Trump’s previous collection of mendacities, further converting their suspicions into sacred beliefs. As Ezra Klein has written, Trump’s “tendency to solicit, repeat, and retweet self-serving falsehoods .  . .  is one of the many reasons he's not qualified for the office.” And this is the lesson that will linger for the remaining electorate.

As we hurtle towards Election Day, Trump will continue to lob insinuations and make requests for the release of Clinton’s medical records. This will certainly be an attempt to distract people from the discussion of policies and ideas, which his campaign appears to be devoid of. The right wing’s descent into anti-intellectualism continues as mere observations and speculation have taken the place of  tangible, scientific knowledge and truth. Real medical conditions and terminology have become political pawns to galvanize a voter base and invoking them is an affront to all those who live daily with these debilitating diseases and their crippling effects. These are all the signs of a moribund campaign whose overall prognosis is becoming bleaker with every conspiracy theory it casts.