Manufacturing jobs estimated to have fallen by 7,000 over the course of the month 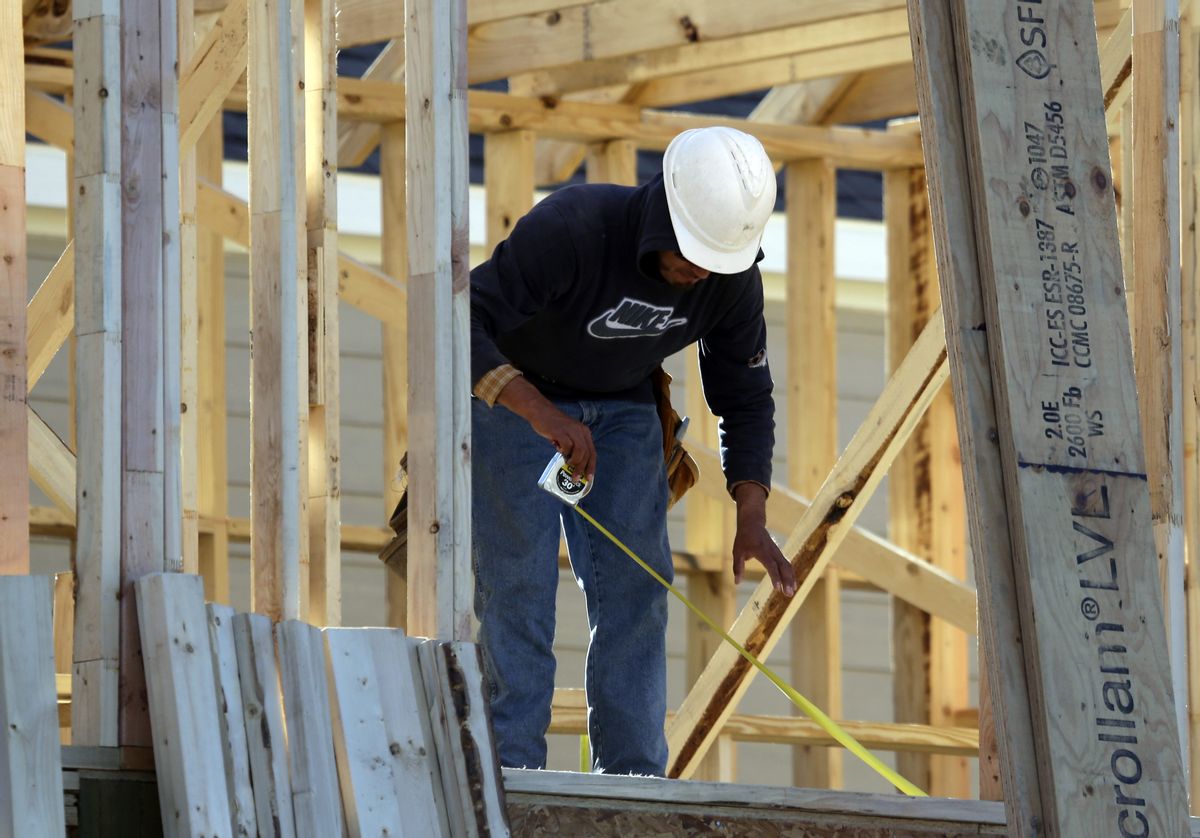 In this Dec. 15, 2014 photo, a worker measures before cutting while working on the framing of a house under construction in Coppell, Texas. The Commerce Department reports on U.S. home construction in January on Wednesday, Feb. 18, 2015. (AP Photo/LM Otero) (AP)
--

Job growth for August exceeded Wall Street expectations by almost 2,000, even after factoring in the 7,000 manufacturing jobs that were lost, according to ADP and Moody's Analytics estimate.

Despite the fact that 2,000 construction and 5,000 goods-producing jobs evaporated last month, Moody's Analytics is characterizing the month as a victory for the continued growth of the American economy.

"The American job machine continues to hum along,” Mark Zandi, chief economist at Moody’s Analytics Inc., said in a statement released on Wednesday.

"Job creation remains strong," he continued, "with most industries and companies of all sizes adding solidly to their payrolls. The U.S. economy will soon be at full employment."

The 183,000 jobs created in the service sector could indicate an increased willingness by American consumers to spend that would support continued third-quarter growth after a mixed year.