Desperation and demagoguery: Trump playacts as president in Mexico, then goes full nativist in Arizona

Donald Trump pretended to be a sober diplomat, then delivered one of the more disgusting campaign speeches ever 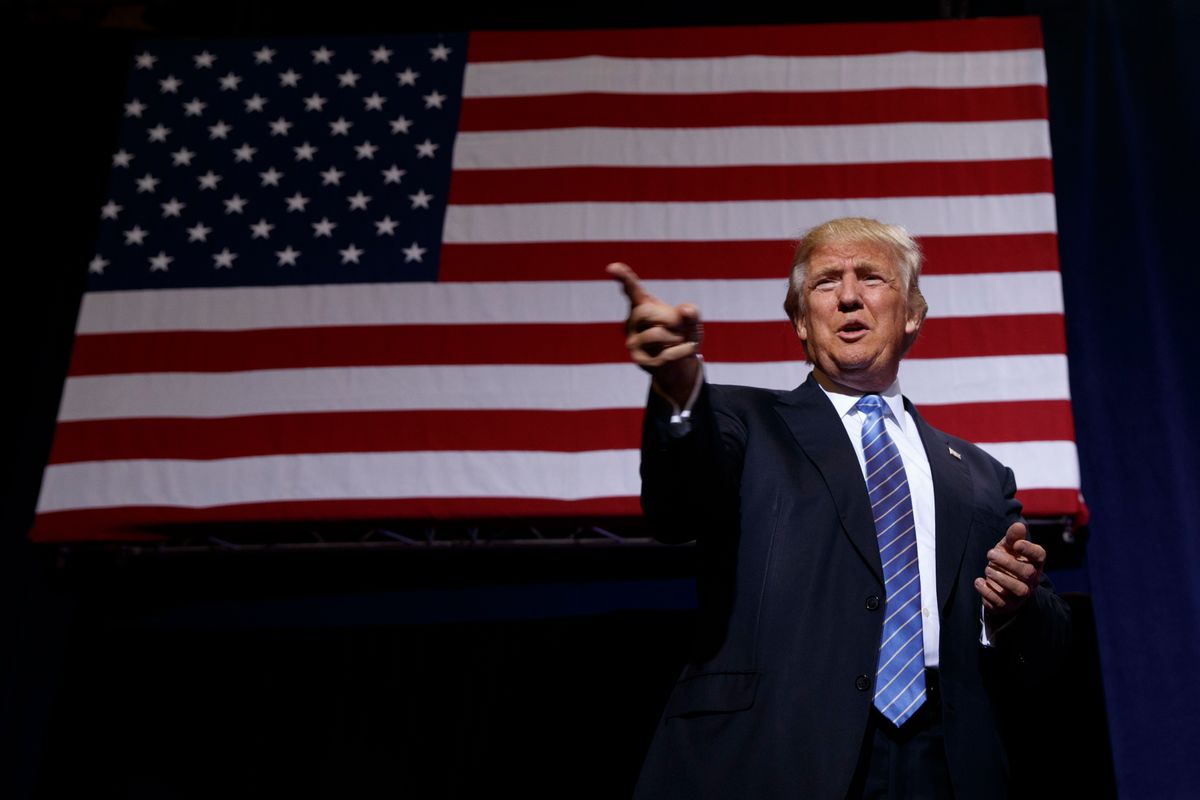 We’re getting into the later stages of the 2016 presidential race and Republican nominee Donald Trump is quite obviously losing. That’s why he agreed – at literally the last second and against the advice of U.S. diplomatic officials – to pop on down to Mexico and have a visit with President Enrique Peña Nieto ahead of his big immigration speech in Arizona on Wednesday.

Trump has been consistently behind Hillary Clinton in the polls as we ease into September, and so he was groping around for what hack journalists call a “game changer.” Meeting with Mexico’s president fit that bill nicely: Mexico has been one of his chief punching bags on the campaign trail. He would have the chance to meet with an actual head of state like a real president would. And the stunt was guaranteed to drive a ton of attention from dumb pundits who don’t know any better.

The problem for Trump and any other candidate who goes this route is that it never works because voters tend to recognize a stunt when they see one. When Trump announced the trip, immediate comparisons were made to John McCain’s 2008 decision to “suspend” his presidential campaign in response to the global economic crash — a stunt that quickly backfired on the Arizona Republican.

“I remember [Obama 2008 campaign manager David] Plouffe and [Obama 2008 chief strategist David] Axelrod immediately saying the McCain move was desperate, even though it was treated by cable news as the most optically brilliant gambit since Reagan's Berlin Wall speech,” Obama campaign veteran Jon Favreau told Salon. “In about 24 hours, everyone else finally caught up to the stupidity.”

In Trump’s case, the embarrassment couldn’t even wait a full day. The statement that the Republican nominee delivered in Mexico City was a mushy jumble of bromides that undercut all Trump’s campaign-trail bluster. His stateside promises to claw jobs back from Mexico and punish companies that move across the southern border were replaced by a pledge to “keep manufacturing wealth in our hemisphere.” He’s gone from “America First” to “Everything West of the Prime Meridian First.”

And, of course, there was the business with “the wall.” Asked by reporters after his statement if he had discussed with Peña Nieto his plan to force Mexico to pay for his massive border wall, Trump said it didn’t come up: “We did discuss the wall. We didn't discuss payment of the wall. That'll be for a later date.” A short time later, Peña Nieto tweeted that he told Trump right from the outset of their meeting that Mexico won’t pay for any wall, which the Trump campaign later confirmed was true.

All that shambling and dissembling on the international stage was, however, merely the setting the table for Trump’s big speech in Arizona on immigration. The weeks of “softening” hints from the campaign and Trump’s muted performance in Mexico raised the possibility that Trump would take a more measured approach to immigration in his remarks. That’s not what we got. Rather, Trump served up a speech that was unhinged and demagogic, even for him.

It kicked off with a lengthy recitation of violent crimes committed by undocumented immigrants, the blame for which he passed on to President Barack Obama and Democratic presidential nominee Hillary Clinton. He talked about the “record pace of immigration” and how the Obama administration’s “open borders” policy is destroying the American economy, even though the undocumented immigrant population in the country has been falling every year since 2008. As predicted, he ripped into the Obama administration for resettling Syrian refugees within the United States. “We have no idea who these people are, where they come from,” he said, wrongly. “I always say Trojan horse — watch what’s going to happen folks; it’s not going to be pretty.”

Then he offered his 10-point “plan” for countering undocumented immigration. Despite promising a “detailed policy address,” most of the Trump’s plan was little more than vague generalities — build a wall, end sanctuary cities, etc. — that he insisted will come to fruition solely through his force of will. The only topic he discussed with any specificity was his extremely aggressive deportation policies. After promising to deport all criminal aliens and vastly expand the law enforcement agencies responsible for deportation, Trump made clear that all undocumented immigrants in the country — not just criminals — will have targets on their backs under his administration:

Anyone who has entered the United States illegally is subject to deportation. That is what it means to have laws and to have a country. Otherwise we don't have a country.

Our enforcement priorities will include removing criminals, gang members, security threats, visa overstays, public charges. That is those relying on public welfare or straining the safety net along with millions of recent illegal arrivals and overstays who've come here under this current corrupt administration.

So what we’re left with is a campaign that spent Wednesday afternoon trying to shake up the race with a transparently desperate grasp for international legitimacy and then spent Wednesday night stomping all over its efforts by getting caught in silly lies and having the candidate go on an extended wallow in the nativist fever swamp.