Oregon white supremacist mowed down black teenager with his Jeep

Larnell Malik Bruce had been running home after a brutal beating 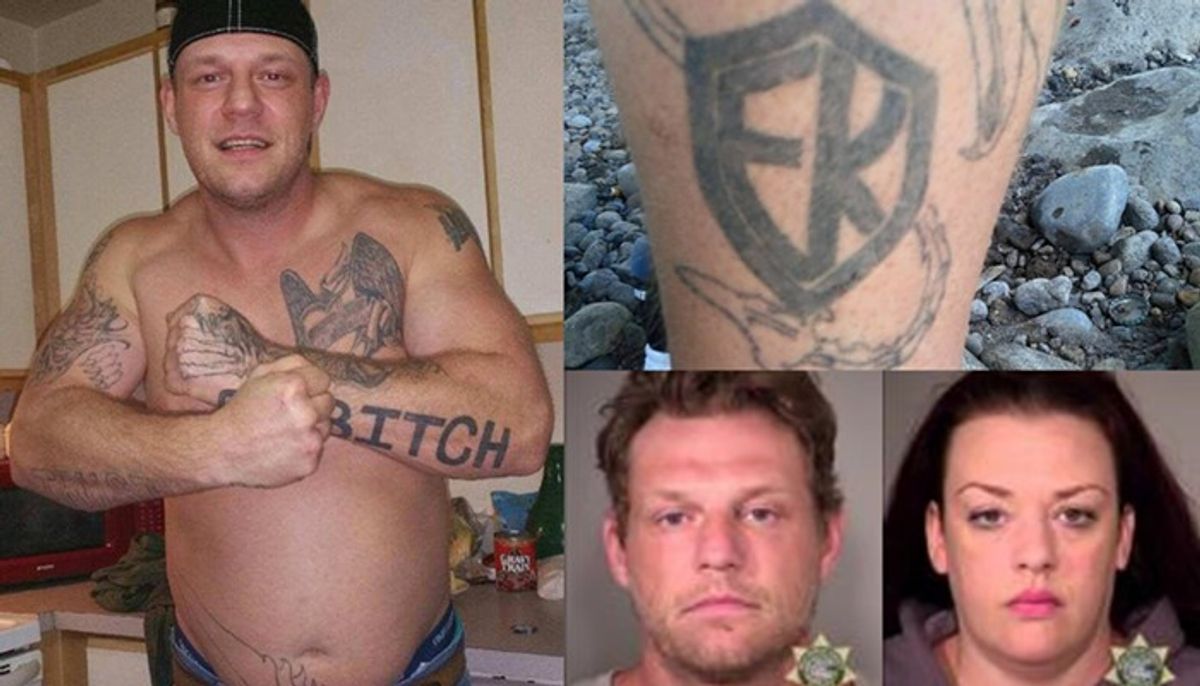 In what has seemingly become a growing pattern of racially motivated attacks, comes the report of yet another murder of a African-American by apparent white supremacists.

19 year-old Larnell Malik Bruce and a group of friends were gathered outside a 7-11 store in Gresham, a small town located near Portland, when Russell Courtier, 38, and his girlfriend Colleen Hunt, 35, pulled up in their 1991 red Jeep Wrangler shortly before midnight on August 10. Bruce, who was just a few days shy of his 20th birthday, had been charging his phone outside the convenience store when the white couple nearly twice his age exited their vehicle.

For reason still unclear, a fight quickly broke out.

As Courtier smashed Bruce’s head into the store’s front window, cracking a pane of glass, his girlfriend encouraged the beating.

Eventually, Bruce pulled out a machete and the couple retreated back to their Jeep.

What happened next can perhaps best be described as a scene from the violent Jim Crow South.

Investigators said Bruce tried to run away from the couple who began to chase him down in their car. Security camera footage shows the teen doing his best to zigzag away from the SUV. Per the Portland Mercury, Courtier and Hunt barley missed Bruce as they gunned the car toward him on the sidewalk. As he tried to cross the street, the couple’s Jeep is seen moving into oncoming traffic and hitting the teenager head-on, although the direct impact is not caught on camera.

Police, who had been called by a 7-11 employee when the fight intital broke out, arrived on the scene just moments later to find the critically injured teen with blood gushing from his head and his ears lying in the middle of the street.

Prison records obtained by the Portland Mercury reveal that Courtier is a longtime criminal with a notorious history as a member of a white supremacist prison gang called European Kindred (EK) who was on parole at the time of killing:

In February 2004, while still in prison, Courtier was busted for getting that logo tattooed on his calf and for having a “make-shift tattoo gun” and extra ink in his cell (see that record here). Just two months later, he brawled with a black inmate in the crowded prison yard before “a group of white inmates faced off against a group of black inmates,” records show (document).

And in 2005, while at SRCI, a letter he wrote to another EK member—intercepted by prison staff—indicated he needed backup from his gang because he was “getting run up on by redskins.” (document) That year, Courtier was also accused of throwing a piece of shit-smeared paper at a guard who was a person of color, and later threatened to “take care” of him when he got out.

In total, Courtier was accused of nearly 40 “major” prison violations between 2001 and 2013—for assaults, for joining and associating with EK members, for his prison tattoos (he was busted in 2005 for tattooing “party bone” on his penis, for instance), for having contraband in his cell, for disrespect, for not following rules (see his entire DOC discipline record here).

He hasn’t fared much better outside of prison. Courtier’s had seven felony and four misdemeanor convictions, court records show. He also has an extensive juvenile record that includes multiple assaults and burglary.

As the New York Daily News, which first brought this story to national prominence, noted, Courtier was able to skirt the law in a number of cases before his encounter with the black teenager:

In 2011, he got away with illegally shooting several rounds from his car because police performed an illegal search. The next year, he slammed a woman's head into a windshield, but was only given probation. He had just spent two years in prison for attacking another Oregon woman with a knife, and was on parole for this crime the night he killed Larnell Bruce.

On August 18, a grand jury indicted Courtier and Hunt for murder. However, the two have not been charged with any hate crimes. Both pleaded not guilty in Bruce's death during an August 22 court appearance, according to KGW. Their trial is scheduled to begin October 3.

Bruce’s family set up a GoFundMe page to raise funds for the cost of medical bills and his funeral expenses. A post on the page reads:

We lost our son, brother, cousin, nephew and friend to a senseless crime. He was just 19 years old and still had a full life to live.

Though this tragedy has devastated our family, Larnell has the opportunity to save many lives through the Organ Donor program.

We are asking for help to cover the funeral and medical expenses.