Trump's visa problem: The Donald renews his anti-immigration push — and the hypocrisy is mind-numbing

In light of Trump's speech, we must talk again about his violation of law, his wife and exploitation of models 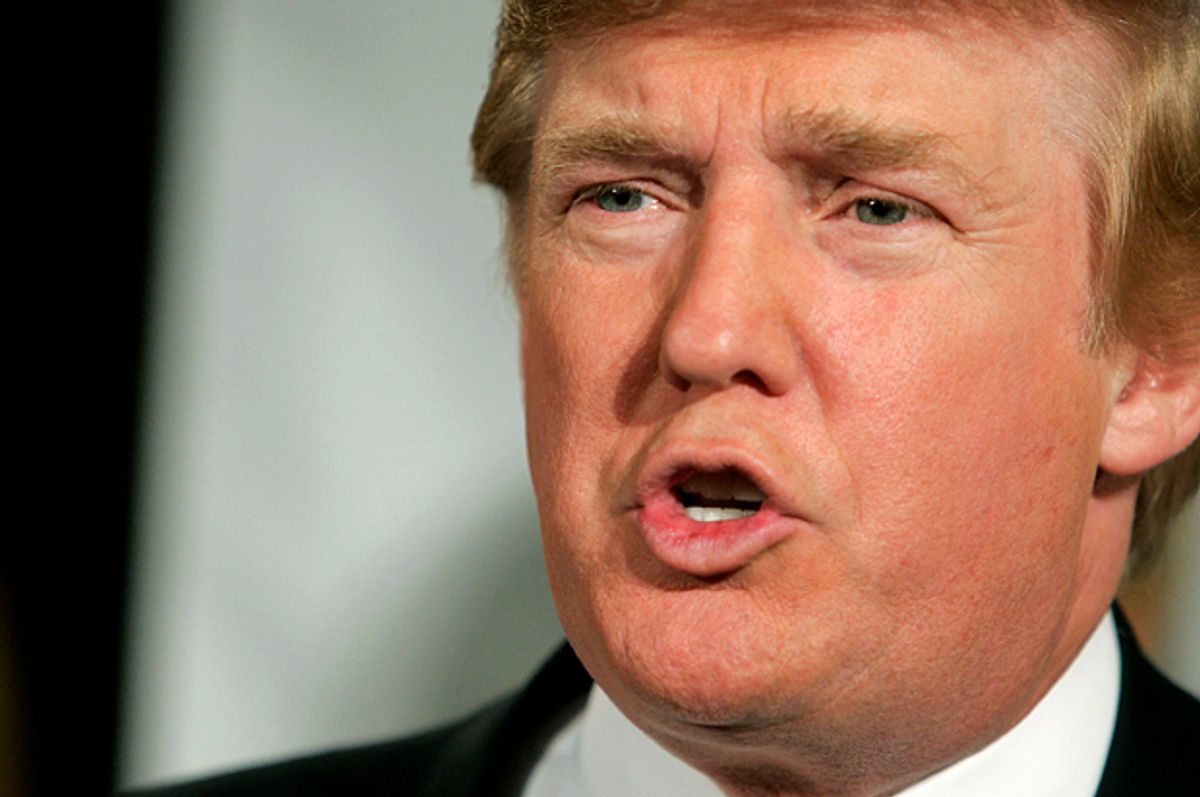 Facebook
Twitter
Reddit
Email
view in app
On Tuesday night, when Donald Trump announced he was going to Mexico to meet with the president the next day there were rumors flying around social media among people with contacts in the campaign that this was a sign of the dominance of the hard line Bannon-Session camp. That seemed odd since the campaign was selling the visit and the immigration speech scheduled later that day in Arizona as more "softening" of his immigration policy. It turned out the rumors were true. There was no softening.

According to this report from NBC's Kelly O'Donnell, the trip had actually been in the works for some time and the invitation came at the behest of the Trump campaign not the other way around. O'Donnell reported that son-in-law Jared Kushner led the effort and it was only after they secured the invitation that Mexico offered the same to Hillary Clinton.

Evidently, Trump himself wasn't all that enthusiastic but agreed to do it as long as he could give the immigration speech he really wanted to give. And so he did. If campaign manager Kellyanne Conway had planned a "pivot" to attract those rapidly defecting white college educated women, Trump apparently decided that what they were looking for was an angry,red-faced demagogue shouting about dangerous foreigners for over an hour.

Despite some dispute about whether his policy of forcing Mexico to finance his great big beautiful wall had come up, his halting and amateurish photo-op in Mexico City was portrayed by the pundits as some sort of turning point because he proved he could appear in a formal setting without talking about the size of his hands. But the speech last night forced many of the credulous press corps to admit that Trump had not changed at all. Politico summed it up nicely with this headline and subhead: "Trump Promises Wall and Massive Deportation Program. The GOP Candidate Ditches His Softer Approach, Returning to his Core Promise of a Big Wall, Paid for by Mexico."

But that wasn't all. Trump devoted a lot of time to reciting lurid stories of undocumented immigrants killing Americans through various means in great detail while also making a case that even law-abiding immigrants are destroying the American way of life. It was, in short, as chilling as any speech he's given and that's saying something.

As he was ranting and raving he did manage to lay out something of a "plan" although the legality and constitutionality of its various provisions for ridding America of immigrants is likely to be the subject of furious debate. There was one part of the speech, however, that he may very well come to regret ever bringing up:

Approximately half of new illegal immigrants came on temporary visas and then never, ever left. Why should they? Nobody's telling them to leave. Stay as long as you want, we'll take care of you... Last year alone nearly half a million individuals overstayed their temporary visas. Removing these overstays will be a top priority of my administration. If people around the world believe they can just come on a temporary visa and never, ever leave, the Obama-Clinton policy, that's what it is, then we have a completely open border, and we no longer have a country.

We must send a message that visa expiration dates will be strongly enforced.

Considering that Trump's own wife is suspected of having over-stayed her visa and working in the U.S. illegally it's surprising that somebody in the campaign didn't urge him to back off. It was just a few weeks ago that headlines appeared all over the world  saying Melania Trump reportedly posed nude at one point in her modeling career and revealing some inconsistencies in her story of how she came to live and work in the U.S. Apparently, she has told numerous people over the years that when she was working as a model here she had to return to Europe every few months to renew her visa which would indicate that she was here on a tourist visa rather than a work visa. That would be illegal. When the story came up a few weeks ago, Trump promised that his wife would hold a news conference to explain but that has failed to materialize.

However, that's just the tip of the iceberg. Just this week Mother Jones published a blockbuster expose which would, in a normal campaign, be considered a possible candidacy-ending scandal. Since Trump saw fit to make the visa issue a part of his speech last night, this story about illegal immigration, exploitation of under-age girls, failing to pay workers,  criminal abuse of women and knowing violations of federal law at Trump's modeling agency should at least get wider attention.

Mother Jones interviewed three former models and reviewed financial and immigration documents in a recent lawsuit filed by a fourth and uncovered what amounts to a sweatshop in which Trump pockets millions while charging underage models so much money for their "room and board" in cramped apartments housing a half-dozen girls that they end up owing their souls to the company store, also known as Trump Model Management.  And Trump has a little problem with the law:

Two of the former Trump models said Trump's agency encouraged them to deceive customs officials about why they were visiting the United States and told them to lie on customs forms about where they intended to live. Anna said she received a specific instruction from a Trump agency representative: "If they ask you any questions, you're just here for meetings."

One of the models Mother Jones interviewed said, "honestly, they are the most crooked agency I've ever worked for, and I've worked for quite a few."

That's a line echoed by dozens, if not hundreds, of Donald Trump's former employees from virtually every business he's run.  But this one runs afoul of Trump's signature campaign policy and shows him to be on the wrong side of federal immigration law.  I know the bar for Trump is lower than for any presidential candidate in history but surely charges of running an illegal sweatshop exploiting underage girls on tourist visas should garner at least a little attention for the man who promises to put his rival for the presidency in prison?