Hillary's GOP outreach: Could it do more harm than good for Democrats?

Clinton has been working to convert Republicans, but it could very well backfire 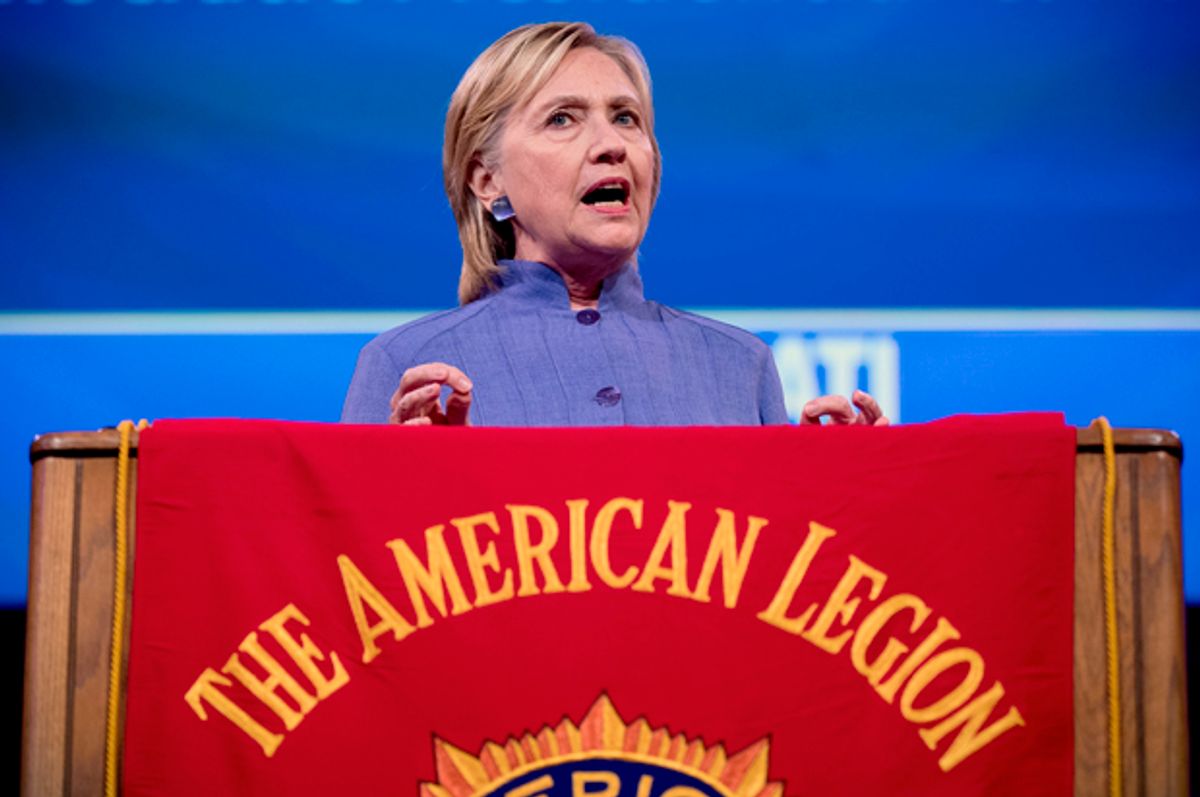 Could Hillary Clinton’s outreach to some traditional Republican constituencies cost the Democrats the House and Senate? That is the implication of a poll released on Thursday. Conducted by USA Today and Suffolk University, the poll suggests that a bare majority of Hillary voters – 52 percent – are very or somewhat likely to split the ticket when they vote, punching the ballot for Clinton for president but also a Republican for Congress. By contrast, a slight majority of Donald Trump supporters say they will vote straight Republican up and down the ballot.

The split-ticket numbers could be good news for Republicans hoping to hold onto their majorities in Congress, particularly in the Senate. (The House has always been a long shot to flip.) And that's to say nothing of races at the state and local levels. And these numbers open up the Clinton campaign’s general-election strategy this summer to Monday-morning quarterbacking.

Has Clinton spent too much of her time reaching out to Republicans? That question has been asked almost from the minute she wrapped up the Democratic nomination early this summer. Reports immediately surfaced that her campaign had started talking to GOP donors and operatives, many of whom were appalled that their party had nominated Trump and thus possibly receptive to endorsing and supporting Clinton. There was immediate grumbling from the Democratic base, even though the candidate did not appear to be moderating any of her policy positions to attract those Republicans.

On the one hand, the strategy made some sense. A politician who wants to win will mine every corner for votes. At the very least, reminding Republicans that their choices for president are either their hated enemy of a quarter century, Hillary Clinton, or the racist scrap of aged cigar paper that their party had nominated might convince a significant number to stay home in November. Which would only help her and any down-ballot candidates in tight races.

On the other hand, why not try to hang Trump like a millstone around the collective neck of the Republican Party? Why not remind the public at every turn that this warped, deformed version of the party of Lincoln, the electoral equivalent of Quasimodo without the redeeming inner beauty, was fundamentally broken as a political institution and shouldn't be trusted to run so much as an ice cream truck, let alone the massive apparatus of government? This strategy would, in theory, marginalize the GOP and make it toxic for generations.

The risk there would be in activating Republican voters’ “brand loyalty” to their party, pissing them off to the point that those who had been on the fence about bothering to vote might get angry and turn out in large numbers.

Clinton’s speech in Reno last week, where she excoriated Trump for appealing to what the media has politely referred to as the “alt-right” (but that most people describe as the “racist fringe of xenophobic white supremacists that should be drubbed out of society”) seemed to carry out both strategies at the same time. The speech tied Trump to the modern-day GOP and held it responsible for creating this monster but seemed to suggest that the party could still save itself by repudiating him.

But now it seems it may be time to pick one strategy and stick with it. For one thing, as Ed Kilgore notes, the strategy of picking up crossover votes isn’t doing much and might even be hurting the down-ballot races. When a strategy is actively harming your party, it’s time to set it aside.

For another, Trump’s immigration speech on Wednesday should have removed any doubt about him for even the most clueless, disengaged voter. If that 70 minutes of bombast and flat-out fascism didn’t convince the last few remaining GOP holdouts that he would be far and away the most dangerous president in the history of the republic, then nothing will. If any Republicans are still going to support him out of some twisted sense of party loyalty, then there is nothing to be done.

We’ll see after Labor Day, when the real campaign begins, what the Clinton campaign is thinking. For all I know, the strategy has long been to give the GOP a chance to save itself before going at it hard in the fall. But for the moment, to the extent that a presidential campaign can influence the balance of the Senate and House, the current strategy of reaching out isn’t helping Democrats. It's time to move onto something else.