Trump has all the best surrogates 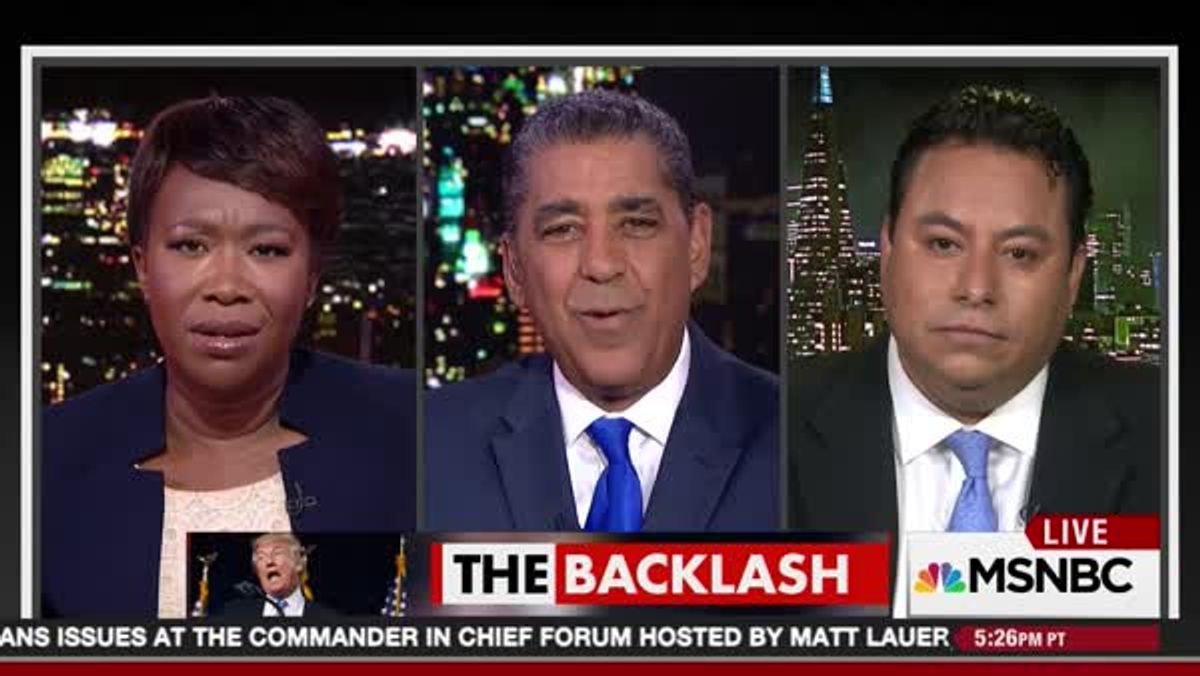 On Thursday, two members of Donald Trump’s National Hispanic Advisory Council resigned, along with several other prominent Hispanic backers, after the GOP nominee doubled down on a mass deportation force following a meeting with the Mexican president. In response, one of Trump's remaining top Latino supporters went on national television to warn that if the U.S.'s problems with illegal immigration weren't fixed, "you're gonna have taco trucks on every corner."

MSNBC host Joy Reid Latinos for Trump co-founder Marco Gutierrez if he was concerned about Trump “alienating people” with his tone toward immigrants. Gutierrez said he was not, praising Trump for his immigration speech.

"We need to understand that this is different times. We have problems here. We need reform," he said, before delving into a "Star Trek" metaphor, saying “the needs of the many outweigh the needs of the few.”

When asked to clarify, Gutierrez jumped from “Trek” to taco trucks.

“My culture is a dominant culture, and it’s imposing and it’s causing problems. If you don’t do something about it, you’re gonna have taco trucks [on] every corner,” the Mexican-born Gutierrez stated.

“I’ll tell you what that means — the Spanish never conquered Mexico,” Gutierrez bizarrely claimed. “We have a culture that, we have a lot of good things that we bring to the United States. But we also have problems. You guys are going nuts over something, that there’s a 10th step to this problem. We haven’t even started down this path.”

“I don’t know what culture Mr. Gutierrez is talking about,” he said, adding that he was offended by Gutierrez's remark. “But I know that the Hispanic culture has a saying — a very prominent saying: Mi casa, tu casa. ‘My house, your house.’ It is a tolerant culture. It is one that welcomes neighbors in. It is one that shares their culture, their music, their folklore. It is not an aggressive or bullying culture, as was displayed by Donald Trump and his 10-points that he laid out.”

"We have a lot of good things that we bring to the United States, but we also have a lot problems," Gutierrez continued. "There is a new Mexico that is rising with crime and we need to stop that."

As Reid wrapped up the segment, she offered this observation of the controversial Trump surrogate's strategy.

"It sounded like you were giving a pretty full scale indictment of Mexico and Mexican culture. I don't know that that is the way to increase fealty to the Republican Party. It seems incredible counterproductive."