Putting lives in danger: Trump's vile Phoenix speech was terrifying — and the result could be tragic

In Phoenix, Trump gave one of the most violent, vicious and repugnant speeches in modern U.S. political history 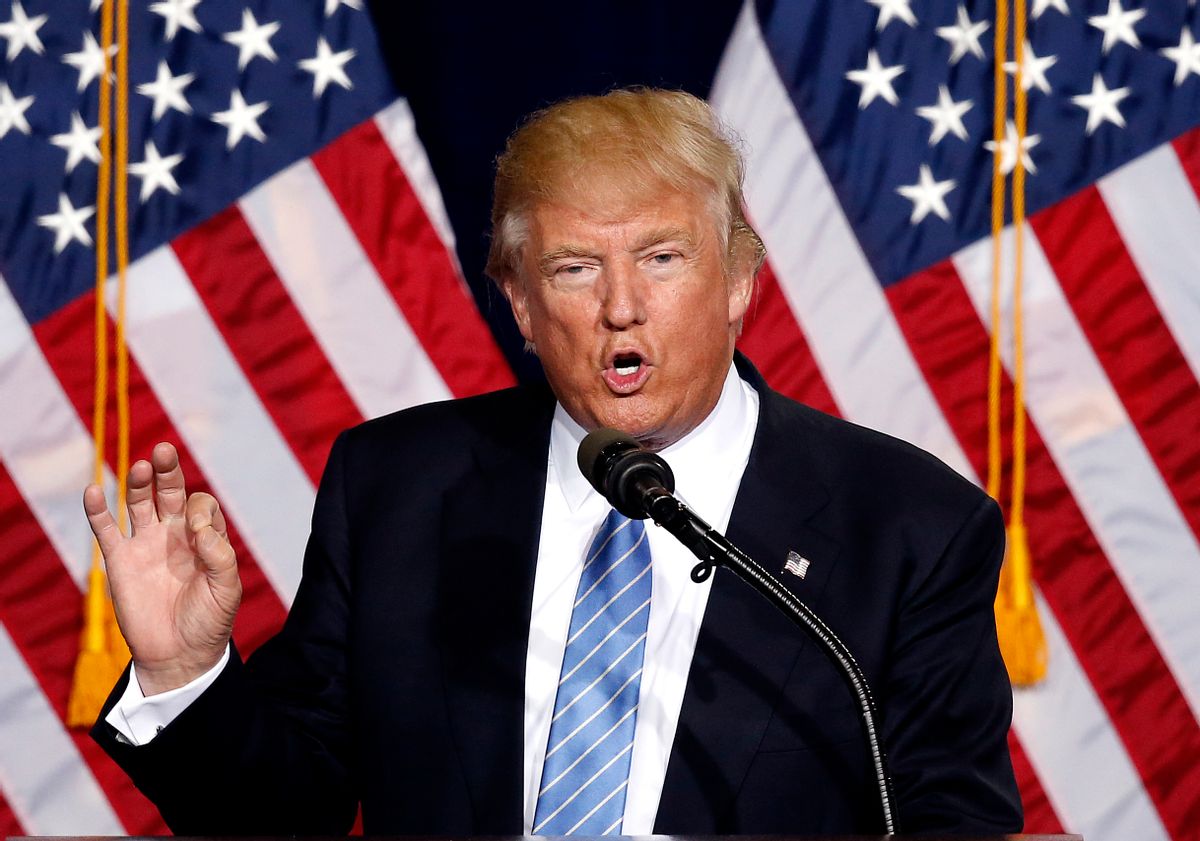 The American corporate news media owes the world an apology. Donald Trump — a man whose politics have more in common with the loudmouth drunk at the local tavern who rages aloud about “those people” and “minorities” — is one step away from becoming the president of the United States. Without a platform Donald Trump is but a nuisance and pitiful curiosity. By giving him $3 billion in free advertising, the American corporate news media transformed Donald Trump into a demagogue.

Since he won the Republican presidential nomination, the American corporate news media has desperately tried to normalize Donald Trump’s presidential campaign. To that end, the cable news networks have devoted many hours of coverage to  Trump’s “pivot” back to the “mainstream” and how he would inevitably have to moderate his voice in order to win over “middle America” and the “average voter.”

Last week the chattering classes and “smart people” were excited about Trump’s promise to launch an “outreach” campaign to African-Americans and Latinos. On Wednesday Donald Trump traveled to Mexico to meet with President Peña Nieto. Voices in the American corporate news media then fawned over Trump. The trip allowed him to look “presidential.” He was “softening” his positions on illegal immigration. The great “pivot” had finally arrived. Trump could now be put into the familiar and comfortable “horse race” model of American campaigns and elections; he was now a “normal” presidential candidate.

Trump, the consummate showman, carnival barker and professional wrestling villain would swerve the American corporate news media once again. Several hours after returning from Mexico to a rabid crowd of supporters in Phoenix, he would give one of the most violent, vicious, vile and repugnant speeches in modern American political history. It was the political equivalent of watching a toilet or cesspool overflow, where instead of running away in disgust, Trump’s supplicants enthusiastically wallowed and frolicked in the waste.

His speech in Phoenix followed the standard script. Trump would speak in a stream of consciousness where one semi-related thought flowed into another. Facts are disregarded. The truth is made malleable. Lies are effortlessly told. The crowd responds with howls about killing Hillary Clinton or in anger at President Barack Obama or in support of the American Il Duce Donald Trump and how he will “make America great again” by not allowing “us” to be “bullied.”

There was an added intensity to Trump’s Phoenix speech. He premiered his ominously named “10-point plan.” His vague promises about how best to punish “illegal immigrants” would now be given a laser focus.

Trump will apparently create a Gestapo-like force that on the day he formally becomes president will somehow immediately remove millions of people from the United States.

The country’s police will now be turned loose and taken off the chain to purge illegal immigrants from the body politic — a chilling thought given how America’s militarized police already brutalize people of color.

In Trump’s plan, refugees from the Middle East all are terrorists and a potential third column with a knife at the heart of America. “Illegal immigrants” are rapists, gang members, child molesters, thieves and killers who steal jobs from hardworking Americans. These two groups of evildoers will be confronted by Trump’s “great American wall” and a resurgent military and national security state that, under his special leadership, will protect the country.

Trump crescendoed by introducing family members of Americans who have been killed by “illegal aliens.” Now christened the “Angel Moms,” they proceeded to captivate Trump’s audience with horrific stories of murder and mayhem. This was Trump’s “Willie Horton” moment. In 1988, George H.W. Bush featured a notoriously racist campaign ad about a black man who was a convicted rapist and murderer. It was extremely effective in winning over racially resentful and anxious white voters. Almost 30 years later, Trump and his advisers have simply updated the Republican Party’s racist Southern strategy to now include “terrorists” and nebulous brown “illegal immigrants” from Latin and South America.

The Angel Moms” are the immediate human embodiment of (white) victimhood. Instead of presenting abstract discussions about “illegal immigration” and “crime," the children of the “Angel Moms” must be avenged if justice is to be done. Moreover, if the state and the police have failed the “Angel Moms,” then it is Trump and his supporters who must fill the void of safety and security that has been denied the American people.

This is a not too subtle appeal to vigilante violence: It is the logical outcome of Trump’s persona, a man who boasted that he can shoot people in the street without consequence, who imagines himself to be Dirty Harry or Charles Bronson in a 1980s action movie and who believes that the United States’ inner cities are dystopic hellholes overrun with illegal immigrants and black criminals.

Many think pieces, articles, “hot takes” and essays have pondered if Trump is a fascist.

He satisfies many of the criteria.

Trump does not believe in freedom of the press. He wants to overturn standing political norms, values, traditions and institutions in order to return to a fictive past. Trump is a militant nationalist. Trump’s movement is based on social dominance behavior and authoritarianism. He is a strongman and leader of a cult of personality that emphasizes action, strength and hypermasculine energy. A direct appeal or encouragement to violence against the Other was one of the few remaining criteria for fascism that Donald Trump had not yet fulfilled. His speech in Phoenix has finally checked off that empty box.

The situation is no longer funny, a moment for liberal schadenfreude at the expense of a broken Republican Party and its rubes and bigots or an entertaining political car wreck and spectacle. Matters are deadly serious. Trump’s rhetoric is eventually going to get someone killed.

The mainstream corporate news media that enabled his demagoguery and rise to power will have blood on their hands.

The “decent Republicans” who voted for Trump will have blood on their hands.

Trump and his minions will most certainly have blood on their hands.

The rise of  Trump and the full-on conversation of the Republican Party into the country’s largest white identity organization represent a nadir in contemporary American politics.

I have never before seen a lynch mob on television. That changed after I watched  Trump’s rally in Phoenix on Wednesday night. I was left wondering, are we not better than this? I have no doubt that our better angels will ultimately prevail. But Donald Trump’s ascendance is a reminder that, to borrow from Sinclair Lewis and Theodor Adorno, “Yes, it can happen here.”