Keeping the wolves at bay: Meet the woman who's making Wall Street safe for women

Q&A with Ellevest's Sallie Krawcheck, who's out to increase gender diversity — and profit — in the finance industry 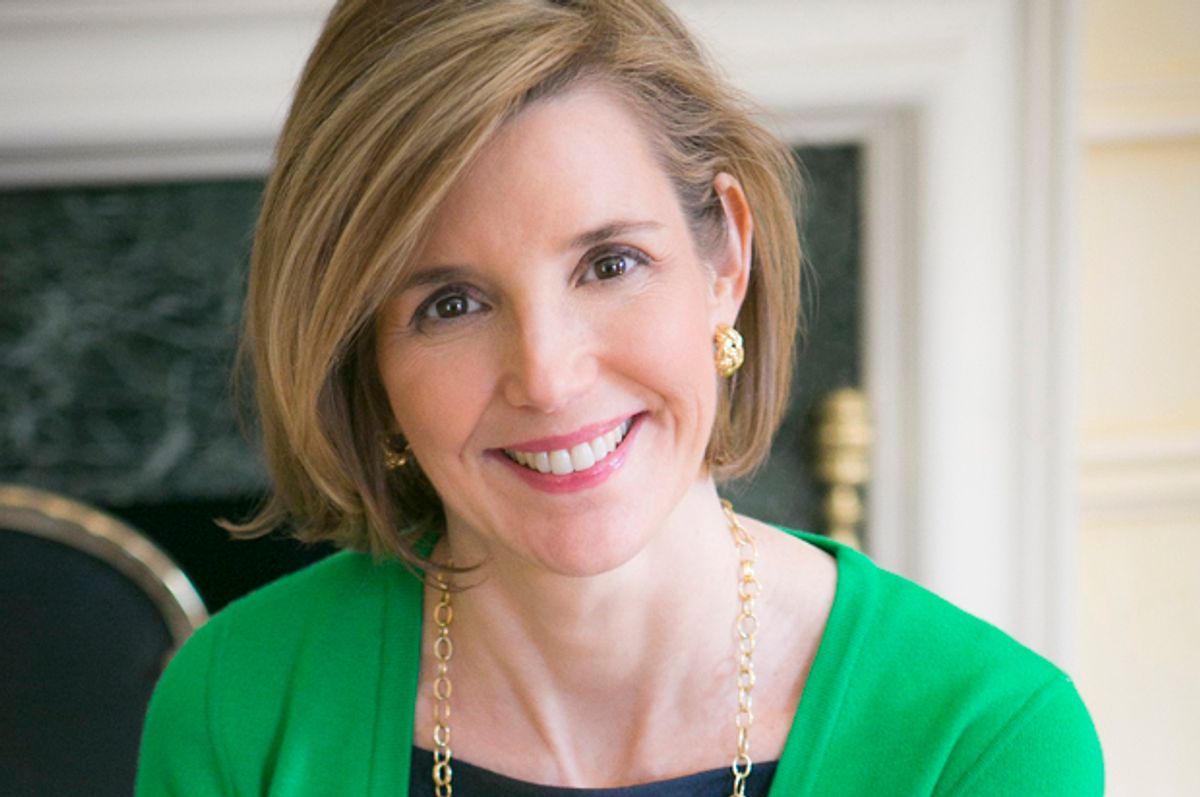 The 2013 film “The Wolf of Wall Street” received harsh criticism for its depiction of women as two-dimensional trophy wives, money-grubbing secretaries who sleep with their bosses, and prostitutes and strippers who served as a backdrop to a group of drug-fueled man-child stock brokers. But Martin Scorsese’s depiction of Reagan-era excess in America’s financial capital, as cartoonish and over-the-top as it was, drove home the point that Wall Street was a man’s world. And it still is.

Although the blatant and aggressive sexism of the past has been tempered along with the suggestion that working women would brush off sexual harassment as the cost of entry, the hallways and offices of Lower Manhattan are still occupied predominately by men. Men make up about two-thirds or more of executives at leading investment banks and an even higher share of first-year bankers.

So you can see why Sallie Krawcheck, a former senior executive at Bank of America Corp., Citigroup Inc. and Merrill Lynch, has made it her mission to end male-domination of finance. Lauded as “the last honest analyst,” Krawcheck has in recent years used her role as one of the most powerful women in finance to encourage her industry to hire more women — not just to improve gender equality in the industry but also to better serve female clients. She once famously observed that financial advisers' practice of directing their attention to husbands led their wives to find other consultants after their husbands died, thereby costing firms valuable clients.

As American women begin to control a greater share of investable assets — $11.2 trillion by one estimate — firms that alienate them risk losing a sizable amount of business. Krawcheck also is critical about the way financial firms reward early-career associates. Women financial advisers, she says, tend to focus on the gradual accumulation of management fees collected as a percentage of assets over time rather than earning commission from executing stock trades​. This can work against them early on in their careers because promotions are based on how much revenue a junior employee collects in a short period of time. ​

Knowing that Wall Street’s testosterone problem wasn't going to solve itself, Krawcheck decided in 2011 to leave Merrill Lynch and enter the business of ushering women into the business.

In 2013, she bought 85 Broads Unlimited (since rebranded as Ellevate Network), which offers a global networking service to help women connect and advance in their careers. And in May, she co-founded Ellevest, a robo-advising firm that crafts wealth-management portfolios that take into account women’s longer lifespans and unique lifetime earning patterns. The firm now has about 20 employees working out of an office in Manhattan’s Flatiron district.

Krawcheck discussed with Salon via an email exchange why Wall Street’s gender diversity problem is a problem for all women — and all of society for that matter.

You’ve built a reputation for calling out the male-dominated culture of Wall Street and shining a spotlight on the investment gender gap and the gender pay gap. Have there been any improvements in Wall Street attitudes about gender over the past 20 years?

I believe the overt sexism is mostly gone: the trips to the strip clubs, bringing strippers into the office, that type of thing. But as for the results — of more women in the industry, more women as clients, more women investing — we’re simply not there. The percentage of financial advisers who are men is about 85 percent; and it’s been stuck there for years. The proportion of women in senior roles is low, and by some measures has gone backwards over the past decade.

And don’t for a minute think that it’s been a pipeline issue; I got a call recently from a reporter telling me that the incoming class of new bankers to Wall Street was 30 percent women. He cited this as progress. But when I got into the industry in the late ’80s, my class was about 35 percent women. So this won’t be solved simply by hiring women and letting them work their way through the system.

Why do you think this is such a challenge on Wall Street?

How long do you have? Because the answer isn’t that simple. The industry will go through stages of hiring lots of women; but then those women “fail” because they tend to focus more on recurring revenue streams than trading income. The revenue requirements that firms impose on trainees tend to require a pretty fast ramp-up that’s more easily done from trading, so women often don’t meet early business hurdles and are fired.

The women also tend to be isolated in offices that are mostly men. And they don’t receive the promotions into management because those have historically required geographic relocation, and many women have found that harder to do than men.

The revenue requirements that firms impose on trainees tend to require a pretty fast ramp-up that’s more easily done from trading, so women often don’t meet early business hurdles and are fired. The women also tend to be isolated in offices that are mostly men. And they don’t receive the promotions into management because those have historically required geographic relocation, and many women have found that harder to do than men.

And on the other side, women have stayed away in droves. It is in part because they don’t know anyone in the field, given how few of their friends are in it, and so [they] don’t even know it’s an option. And if they think of it, their impression is colored by the financial crisis, which turns many of them off. Even before that, few women would look at the industry and say, “That really speaks to me.” The industry symbol is after all a bull — very male!

Cutting through all of this, however, is that the firms have not made gender diversity a priority, and they haven’t made it a meaningful part of their manager assessments for a meaningful period of time.

You’ve talked about the condescending practice of Wall Street firms creating these “pinking and shrinking” investment products they market to women. What should women should be wary of when shopping for wealth management advice?

To be clear, I don’t think there is an evil streak going on here. I really think it’s that we are all more comfortable engaging with people like ourselves, whether we admit that to ourselves or not. And so male financial advisers tend to engage more with men. It’s not something to be “wary” of; but it is a barrier that exists between so many women and investing. There is a gatekeeper there (the financial adviser) who hasn’t historically engaged much with her.

It seems like you're saying that women have specific investment-advice needs, but they also should be treated equally. How do you balance the goals of offering women-specific investment advice but also treating them equally to men?

Well, I would say they’re not being treated equally now. As we just discussed, women don’t receive nearly the time and attention that men do in investing. The research is clear here.

As for the “women-specific investment advice” — do I detect that you are thinking it means “lesser” in some way? Perhaps more “dumbed down,” “less sophisticated”? Do you happen to be thinking “don’t buy shoes, invest in the stock market instead” messaging? Because that’s what “for women” has meant in the past, for so many “women’s investing initiatives.”

Instead, at my firm Ellevest, "for women" means that, when our algorithms calculate a financial and investing plan for her, we take into account that she lives longer than a man and that, sadly, her salary peaks sooner. These are really important if you don’t want to run out of money! And not only, does “for women” here not mean “dumbed down,” we have four patents pending on our process and methodology.

Can you point to any differences between men and women that manifest in their investment decisions? Is nature or nurture involved? Do women, on the whole, tend to be more risk averse or more interested in socially conscious investing, or is looking at it that way part of the problem?

Nature or nurture? I’m not sure.

What is not that case is the statement: women are not as good at investing as men. That tends to be something that is taken as a fact, but the data tells a different story.

You founded Ellevest as a response to the way women are treated by Wall Street's boys' club. Ideally, there would come a time where there'd be no need for your firm, right? I take it you don’t expect that to happen anytime soon.

By the way, what’s the bonus of having more women invest? It’s good for the women themselves and for their families, and it unleashes capital into the markets.

What’s the bonus if this also means more women working on Wall Street? Well, does anyone really believe that greater gender diversity on Wall Street would have made the financial crisis [in 2008] more severe? I didn’t think so.