Not just a meat market: On Grindr, Nico Hines and rejecting shame

Media coverage of Grindr reduces it to a sex-on-demand service. Here's why it's so much more 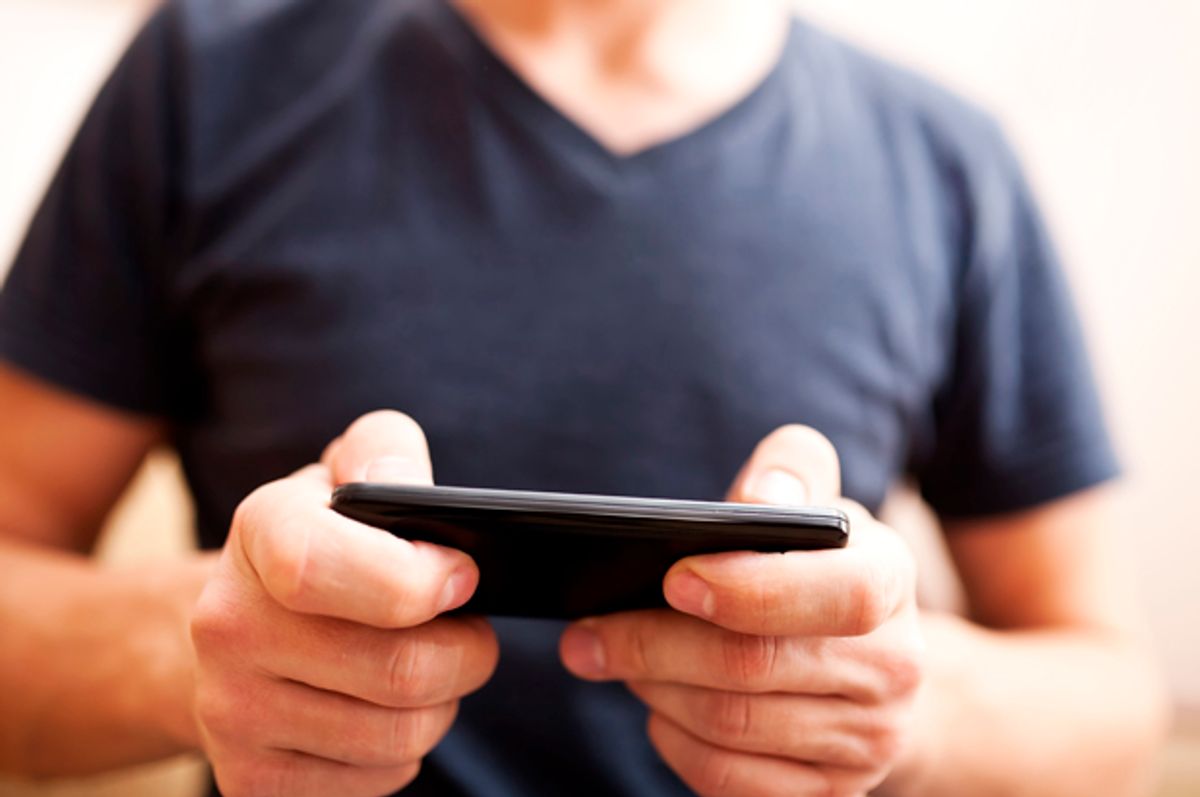 The Daily Beast’s straight, married Nico Hines recently published “I Got Three Grindr Dates in an Hour in the Olympic Village” — an article that, by any standard, amounted to no more than reckless clickbait. The story was taken down less than a day after it was posted to the site in what can only be called a ridiculous failure of journalistic vision: The article provided identifying information that risked outing athletes Hines encountered on the app. The Daily Beast first — insult to Olympic injury — edited the piece, adding an editor’s note, and then deleted it entirely, including in its place a profuse apology that still reeks of anaphoric insincerity.

Coverage of Hines’ stunt and the fall-out often referred to Grindr as a “meat market” and “hook-up app,” in differing tones of flippant, presumptive, condescending, prudish and dismissive.

There’s no question Grindr connects queer men for fast sex through their phones. It does, and there is, of course, nothing wrong with that.

I want to talk about what happens when Grindr changes your life. Because it’s changed mine.

I take issue with the presumption in so many articles that Grindr is solely a hook-up app, because that suggests its influence does not reach beyond a fleeting sexual encounter. Hines’s scandal seemed all too keen to remind readers that Grindr is, exclusively, a shameful digital space for the seedy underbelly of a sexually-overcharged gay culture — which it’s not, or, at least, not in whole.

I recently started thinking about what my life at 18 would have looked like if the app existed then, just after I came out. All through my teen years I had been so fearful of other gay people, so certain they would take gross pleasure in judging and ridiculing me, the edge of “fun sass” sharpened in competition against me. We are often taught (and taught young) to despise ourselves and our queerness, to fear our queerness and to find what we can to despise in other gay people in order to feel superior, at least to them.

Which is why, sort of amazingly, Grindr and other gay apps have uniquely transformative power: in providing perspective and connection that I was sealed from at 18 and only accessed several years later.

One of the stunning things about the app — and no one really talks about this — is that Grindr puts into sharp relief what we might suspect, but so rarely see very clearly: Gay people are everywhere; they are around us always. To log on to the app is to be reminded of this. Whether you’re in a city, where the “grid” of faces and bodies maxes out around 900 feet, or in a small town in the Midwest (where this distance might be more like 65 miles), Grindr acts as a kind of magnetizing digital gay venue where we are confronted with the full home we are in, even if we are not at home with who we are.

What’s more, this display of faces and bodies is essentially a crowd showing up for their queerness and their desire. Think about it: Eighteen-year-olds suddenly confronted with the sexual actuality of those who, months prior, were authority figures — distant adults participating in lives so unknown to them. This is downright powerful. Even the blank profiles on the app contain the special charge of people who are, for whatever reason, not able to publicly show up for their gayness, yet sort of publicly showing up for their gayness right now — owning or at least leaning into it in some way. You can be out and not out on the app. And that provides fluidity that the term “out” itself actually eschews.

I think we don’t talk about this because it seems embarrassing, because a lot of people — gay and straight — conflate use of the app with an interest in gauche instant sexual gratification that, while not untrue, fails to see the app for what it really is. Grindr maybe never intended to become this, but it has: a deeply important connecting space — and emphatically not an ephemeral one — in which to self-identify as a gay body in this world and be seen doing so among peers, across boundaries.

Grindr has, intentionally or not, made a real space for gay people that affords them, at one click, the invaluable reminder that other gay bodies exist around them. That the app auto-repopulates the field of gay people around a user might at first seem unsettling, but it also re-proves the fact: Anywhere you go, that community is there. Grindr is not a safe gay space and likely never will be — no such space yet exists to my mind — but it is remarkable and enriching in ways we are too often simply refusing to acknowledge. This visibility can change lives.

I’ll admit my app-owed change here: Had I not downloaded Grindr, I would never have met the man who drove three suitcases and me to New York only months ago, or the first man I ever loved, or the model at whose party I befriended two lesbians who would basically adopt me and support me with the care of parents.

It is hard to imagine I am alone in having my life changed by people I would not have met if it were not for Grindr, and though this much transformation does seem to suggest an embarrassing overuse of the app, it is also testament to the sheer power of it. I think there are many amazing stories of gay connection made through Grindr that are buried for fear that the connections made would somehow be seen as less authentic if their origins are revealed.

I refuse to accept reductive reportages of Grindr itself. Let’s reconsider how we talk about the app, and live up instead to the connection we seek, in any capacity, and — in a world that seeks to demean and destroy us — recognize Grindr’s incredible potential to transform and enrich. Grindr has a truly uncanny power to act as a connecting (or disconnecting) agent: to bring one comfortably into their queerness or risk isolating them from a genuine, secure acceptance and love of it.

When we apply the low and easy language of trash to the app, we leech from these experiences a discussion with real integrity, one that allows Grindr a human element. Hines didn’t see the people: He saw their disembodied lust, the shadows projected.

Here’s as much of an anonymous back-and-forth as I want with Hines, the first and last message on his yellow screen from me: What made you think you know what Grindr even is?

Peter Kispert's work has appeared in OUT Magazine and Salon. He recently served as the editor-in-chief of Indiana Review, where he founded a book prize partnership with Indiana University Press. He lives in New York City.