"Fox & Friends" host: Hillary's coughing fit "doesn't look good when you have all of these conspiracy theories about her health"

"We all have our coughing spells," host Ainsley Earhardt admitted before peddling #HackingHillary conspiracy theory 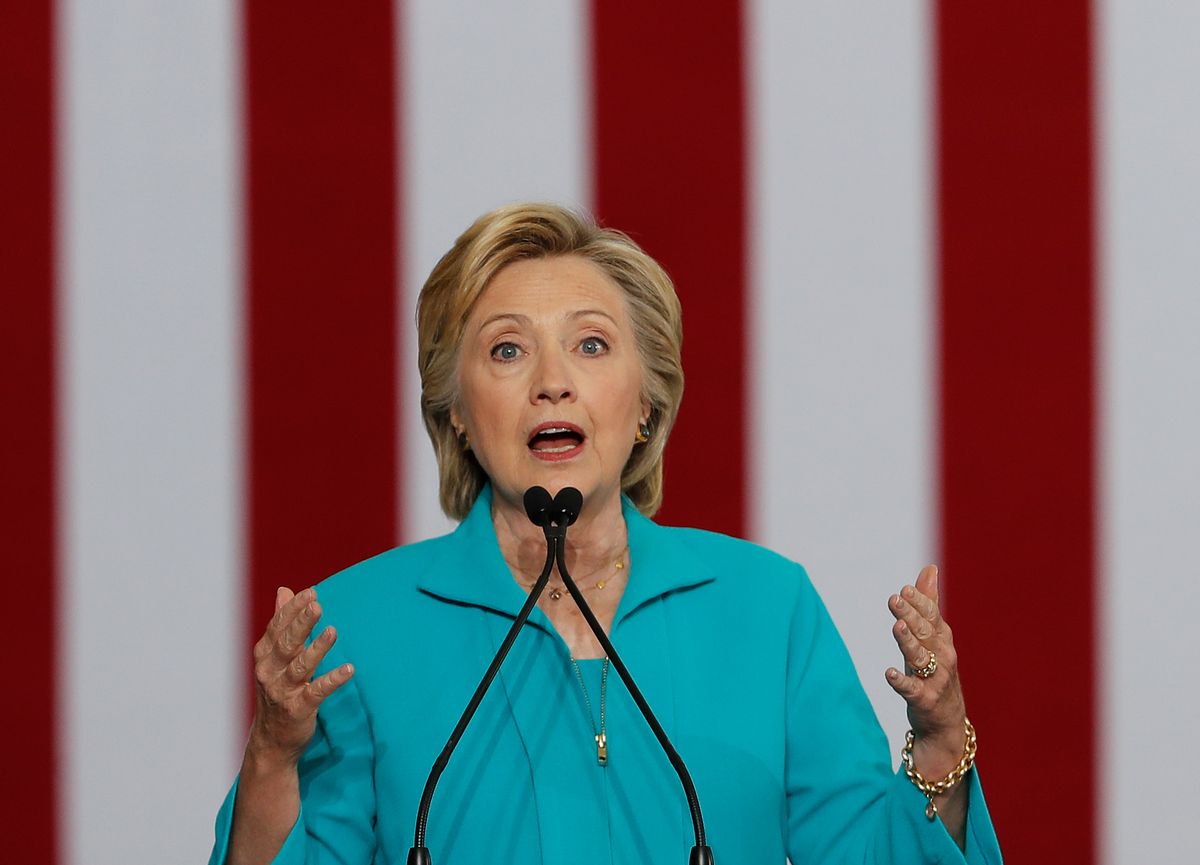 FILE - In this Aug. 25, 2016 file photo, Democratic presidential candidate Hillary Clinton speaks at a campaign event in Reno, Nev. The 2016 presidential election features two candidates with dramatically different approaches on immigration. In tone, Republican Donald Trump often highlights violent crimes perpetrated by immigrants in the country illegally with aggressive rhetoric that seizes on nationalism if not xenophobia. Democrat Hillary Clinton features a softer approach that embraces diversity and the value of keeping immigrant families together, even as her critics accuse her of promoting “open borders.” (AP Photo/Carolyn Kaster, File) (AP Photo/Carolyn Kaster, File)
--

The folks at "Fox & Friends" on Tuesday morning weighed in on Democratic presidential nominee Hillary Clinton's coughing fit in Cleveland on Monday.

"She fell down a couple of years ago, got the blood clot in her brain and then she's been taking medicine for that and for a thyroid condition," Doocy explained. "And one of the side effects of the thyroid medicine is you do wind up with these bouts of coughing."

"We all have allergies, we all have our coughing spells but it doesn't look good when you have all of these conspiracy theories about her health. And I'm sure when she was at the podium she was freaking out, thinking, oh my gosh, what am I going to say?"

About 50 seconds into her coughing fit, Clinton joked, "Every time I think about Trump, I get allergic." Tim Kaine, her approving running mate, pantomimed a cymbal-banging monkey toy in the background.

Clinton then continued coughing sporadically — into her microphone, no less — for another 90 seconds and taking roughly two cough drops.

In what Earhardt called an effort on Clinton's part to "divert attention" from her onstage coughing fit, "Hiding Hillary" spoke to the press for the first time in 275 days aboard her newfangled plane.

"She goes on her plane and I think she thought, I needed to divert attention away from my hacking, from my coughing so let me speak to the press and that's why she went on the plane and was so excited," Earhardt posited. "Then she started coughing on the plane."