The audience was none too happy with her either, heckling her throughout her sad attempts at humor 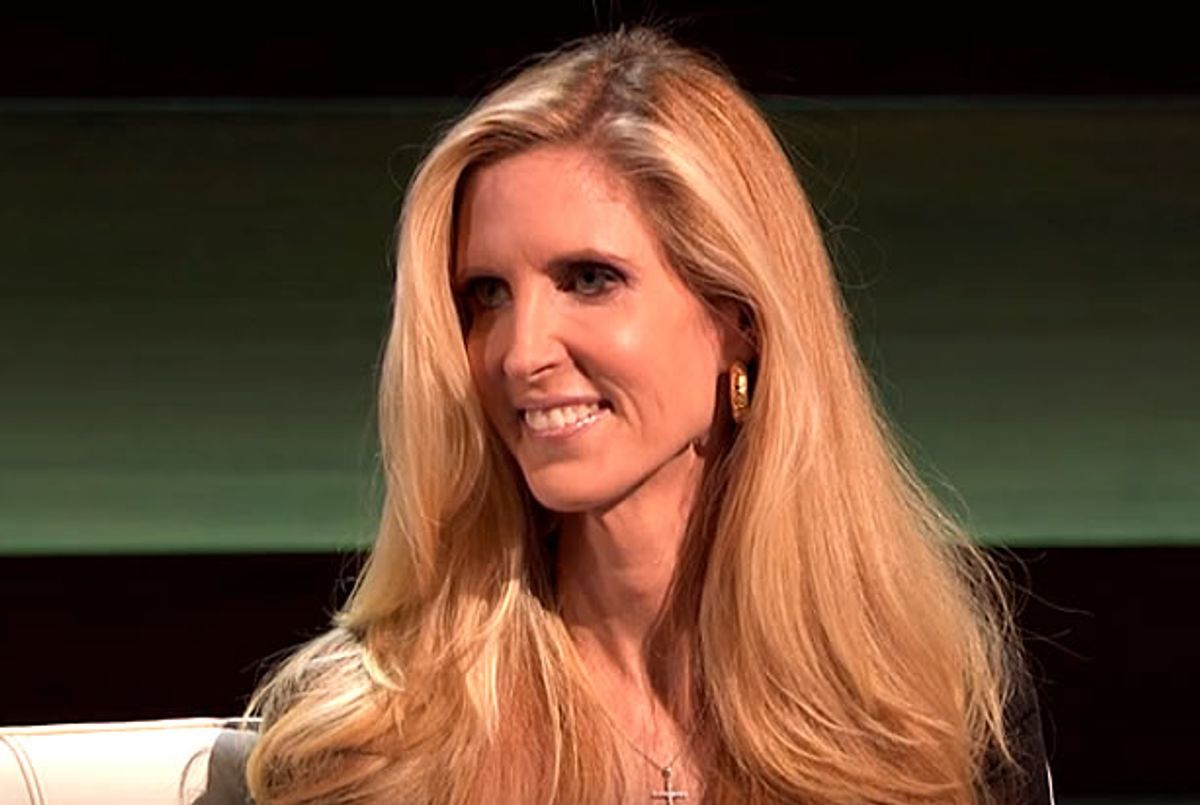 Some of it was juvenile, like Papa John's water-boy Peyton Manning's comparison of her to a horse: "I’m not the only athlete up here tonight -- as you all know earlier this year, Ann Coulter won the Kentucky Derby." Jimmy Carr's commentary on the state of her vagina -- "so old and dry that it just got a job drawing cartoons for 'The New Yorker'" -- wasn't much better.

But Jewel was on point, saying that comedian "Jeff Ross is going to party like it’s 1999 -- Ann Coulter is going to vote like it’s 1899," and recounting a time she stood behind Coulter at a Chipotle: "She ordered something to go -- the entire kitchen staff."

Coulter tried to swing back, waving copies of her newly published book "In Trump We Trust" and responding to Jimmy Carr's off-color remark about her by saying he was only in the country because of Obama's lax immigration policy. But as is evident from the clip above, most of her attempts amounted to abject failures, and the audience let her know as much in no uncertain terms.